I write with nought but praise. Apologies for lack of posts but I've been mind occupied elsewhere of late.
The HG's mum had Rheumatic Fever when she was a child. She's in her 70s now. It has affected the valves in her heart some decades later. Her heart failure caused a stay in hospital on her birthday in January with AF- an abnormally high heart rate. She was prescribed Digoxin to slow this down and had to wait for follow up scans and appointments.
It did seem like an eternity for anything to start, but it's been a whirlwind ever since.
The first shock was when she went for her initial ultrasound scan results and she was told she needed open heart surgery.
She was put on warfarin so had to go every 2-3 days for a blood test. She's had scans, ECGs, tests, lung function tests etc etc with the upshot being
On Tuesday this week, she had a seven hour operation to replace her mitral valve, repair a tricuspid valve, remove a blood clot in her heart and attach a pacemaker!
This all took place in Blackpool Victoria Hospital. What an amazing place. She came out of theatre about 3pm and at 7pm we were at her bedside. She'd been extubated, was awake and somewhat able to communicate although she was still heavily sedated and sleepy. She had tubes and wires and monitors everywhere on Intensive Care. She had her own Nurse sat at the foot of her bed watching and recording all the monitors and extra Doctors and Nurses seeing to her. We were surprised at how well she looked considering!
Fast forward to day two. By lunchtime she was on the normal ward! Still under very close supervision and attached to a few monitors and a lot less tubes. She'd been out of bed and had a little walk!
We will go again tonight - I'm expecting she'll be even brighter! Amazing.
Without the NHS, she'd not be here I don't think.
So a few of the lovely purples in my garden now it's finally warmed up and got sunny! 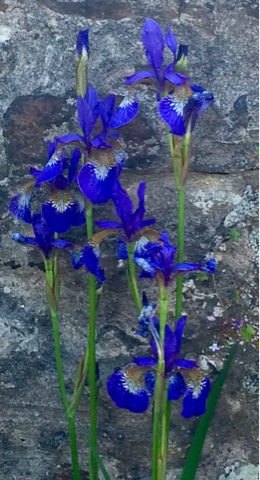 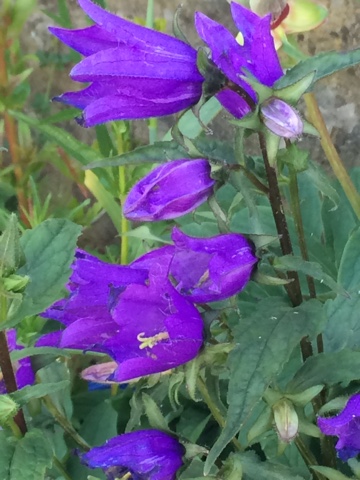 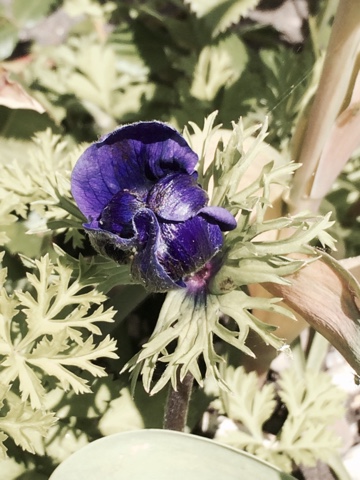 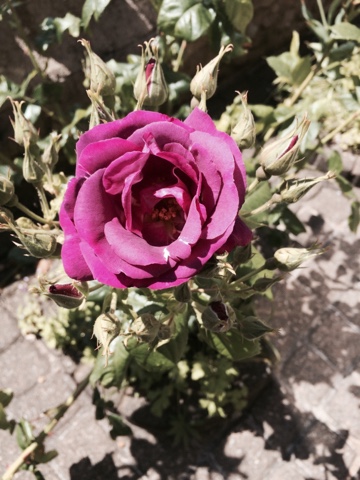 Email ThisBlogThis!Share to TwitterShare to FacebookShare to Pinterest
Labels: NHS