It's almost the end of the year.

And I cannot WAIT.

I love this time of year. No, actually I do. I know I know, I do moan about the dark mornings and the dark nights and the rain etc.

I rarely moan about the cold. I like the cold. I am going to moan for a sentence or two about work. Or more about the temperature at work. They've had a total overhaul of the heating system and the electrics. People who read this need to know, it's like GOING INTO A BLAST FURNACE EVERYDAY. It's like going to the centre of a volcano everyday. It's like going to the Sahara everyday. It's like going to the middle of a scotch bonnet bird's eye chilli. It's like going to the surface of the sun itself.
It is NOT my age, so please do NOT ask am I entering my periwinkle phase!!
I think the School finance manager may drop down dead on the spot when she gets the heating bill- that's if she's not died already from being flash roasted at a billion degrees centigrade in her office.
It is November.
I'm going to work in a thin short sleeved t shirt and bare legs. It's TOO FRIGGING HOT. I cannot BEAR it. I'm falling asleep.
I feel like I'm hibernating in a nice warm bear cave. The children are sick, dropping like flies. If I wake up with a raging cough tomorrow I won't be surprised. The germ soup in the atmosphere is almost palpable. In Y3 French today we learnt 'Je tousse' - I have a cough, 'J'ai le fievre' - I have flu and alsorts of others at their request that we can add to our conversations! J'ai mal a la tete! J'ai mal a le ventre ( think that one is spelled wrong n maybe should be feminine - but it means I have tummy ache!)

They are FANTASTIQUE at it. So quick, such eagerness. I can go off track ( like today's doctors surgery role play ) and back to the scheme very easily.
We played colours bingo. They only learnt colours for the first time last week. They ALL know, confidently, TWELVE colours.

But although I moan about the unrelenting heat at work, I love the sound of Nativity rehearsals going on. It's the Christmas Fair at the end of the week and each class make crafts to sell. I've already broken out the glitter. I bloody love the stuff! I will mostly be helping make chocolate lollipops on Friday. Fingers crossed they work out please! ( Edible glitter has been bought!)

My piece de resistance this week was the Fully Interactive Optical illusion display outside our classroom. So eager were the children to get 'hands on' before it was finished, I had a private joke with myself and spoke the words out loud 'Move along please, nothing to see here!'

Cracking myself up again!! I tried to get some photos - was difficult to get child free ones! - It really is better in real life!

Just hope that one day Harry will be able to play with all this sort of equipment. Count your blessings today people.
Rachel xx 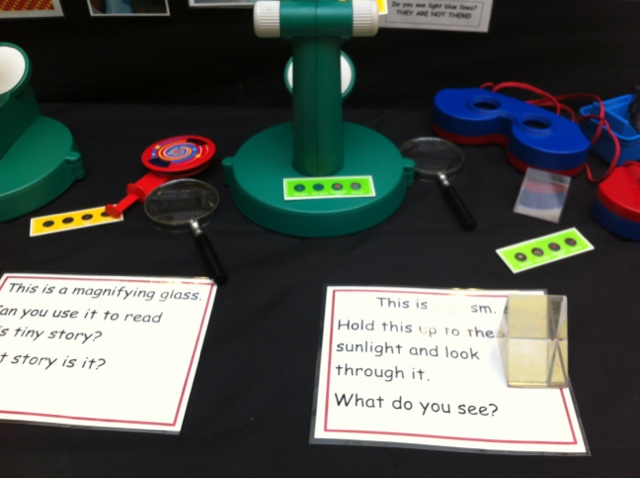 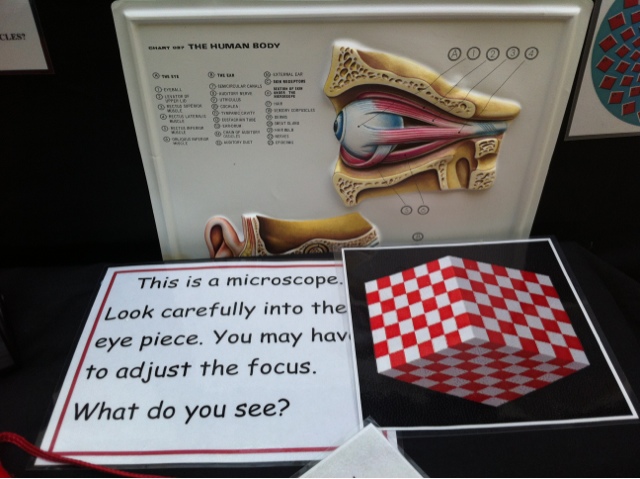