The week is zooming by very quickly. Quite a few shockers and heartbreak for some of my children over the summer. They all look so smart in their new uniforms and new shoes. One of the Childers who I have a right soft spot for is having a really hard time of it, ran up to me and put their arms round me at playtime, really snuggled in and said they'd missed me and they were so excited because they were coming to the after school club I run. I thanked him and mentioned that someone had told me that they'd pulled someone's hair, on day one! They told me it was an 'accident'. I said I didn't want to hear about any more accidents happening - on regaling this tale to my work chum, we were laughing as we both said the hair pulling 'victim' had probably deserved it!!!! We do champion these favourites of ours hehehehe

This popped up on my Facebook memories and it's made me chuckle all day! 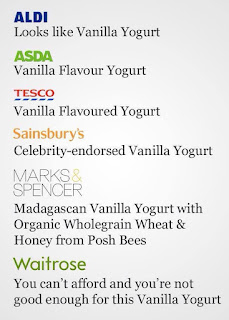 Speaking of yogurt,my on plan breakfast today was stewed rhubarb and a pink grapefruit muller greek style yogurt. Delicious and filling and homegrown! Bonus of stewing rhubarb is very shiny pans! Wonder if my innards are shiny. 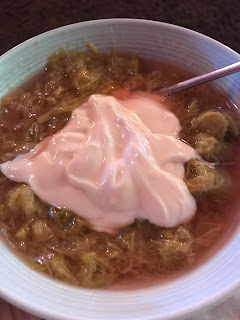 The HG has put Brassic on. A new series on Sky one. It reminds me a bit of Shameless.  I'm only half watching but it has got Michelle Keegan in it. She is so pretty. Naturally so. Right off to read some blogs.

Back to school day and back on plan day!

September 2nd. Here we go.
Yesterday I had a shower, moisturised my legs, then went and cut the grass. By the time I'd finished, I looked like I was wearing a pair of 200 denier green woolly tights! The garden is all tidied now. And sorta put away for the year. Sigh.
We had two lots of dog training yesterday, one at the shore, the tide was in and Bluebell went for a dip or 20. One of the times, she went in and couldn't get out. I nearly had heart failure. But she was ok, unscathed and showed no signs of ptsd, unlike me!
I'm loving Who wants to be a millionaire and was so willing the geography teacher from Wales to win a million. New early morning bixset watch for me and Bluebell is a Sky 1 drama called Manifest.
It's right up my street. Some passengers board a plane and they land safely, but...the plane took off in 2012 ( I think ) and it's now 2017! Watched 2 episodes and I'm hooked.
Quick show n tells before I have to leave.
I've had a go at embellishing my work hoody...I had some help! 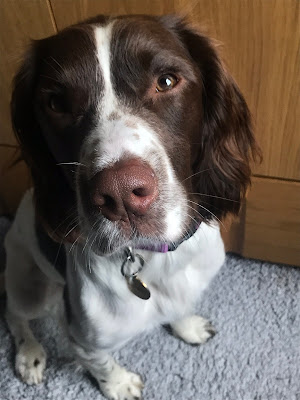 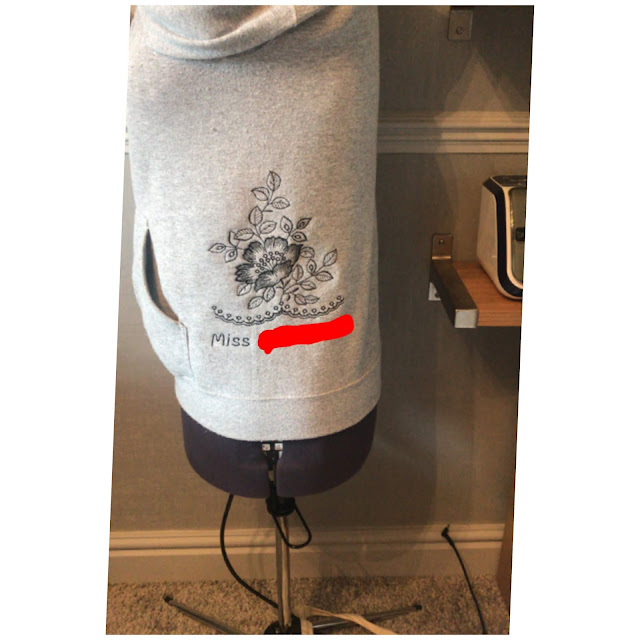 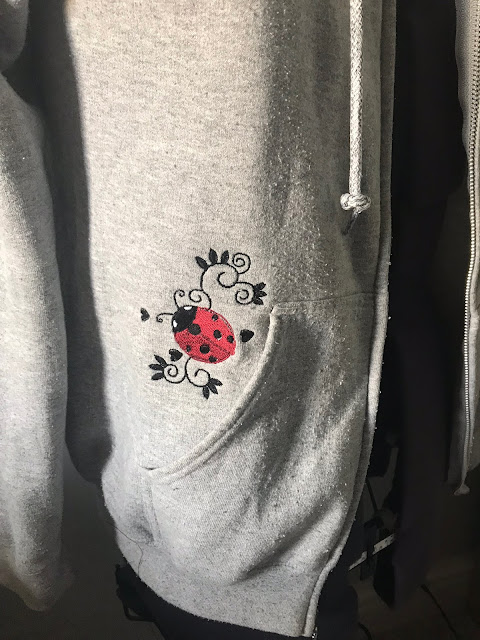 Lots of love for  now