The return to school has been one of those hit the ground running and stick a broom up one's arse whilst one's as it kinda returns! We have a new Head. She is fabulous. A real positive breath of fresh air. Change is good. I'm also working three jobs having taken on the paid for after school club job too! I absolutely ADORE this bit of my day! But I don't get home now til 5.45pm so I have been meal planning, making teas the night before and trying to get organized! So far it's going well ... But I am tired!
On Sunday I made
One batch of brownies,
Two tins of flapjacks,
Three doner Kebabs, (Hairy Dieters bk 2)
Four portions chicken tikka,
FIVE loaves of bread
Six sheek kebabs ( left over lamb mince from Doners )
Eight home made chicken goujons ( using my frugally blitzed stale loaf! )
And a partridge in a pear tree.
One of the above did not actually get made!!
The flapjacks were declared
THE BEST EVER EVER EVER.
I used Mornflake's Notoriously Nutty. 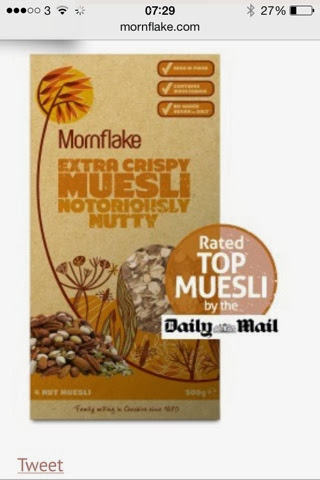 It has apple and coconut in it too. I used half a block of proper welsh butter, a giant splodge of golden syrup and some demarara sugar. I baked it in an 8inch sq tin for about 25 minutes. It's fudge, gooey, nutty and gorgeous and I worked out it's 225 cals a piece. And nuts are healthy! 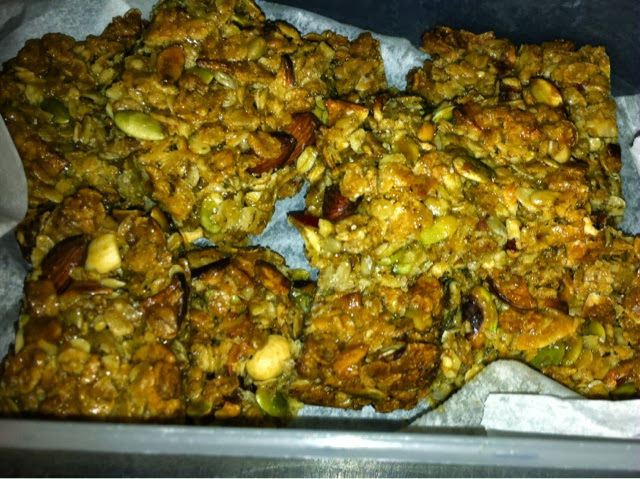 The chocolate brownies were declared a success too! 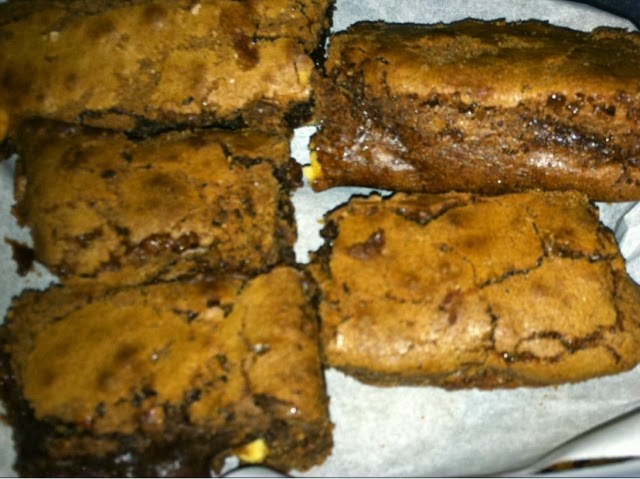 Especially the warm ones from the oven with ice cream for pudding!!
I also finished a pair of mittens to match a little bobble hat for a special little Arthur up int Lakes! Will post it tomorrow!
Well I start at 8am today so best get a wriggling!!
What's been keeping you busy?
Posted by Rachel Flowers at 07:37