Hello folks, it's Friday.
It has rained. Every. Single. Minute. Of. Daylight. No let up at all. Mind you, the weatherman had warned us that it would be raining in biblical proportions of torrential standards yesterday. However,  not a drop fell. It was burning hot sunshine. A bonus.
The HG tried out his new garden cutters on the bay tree. 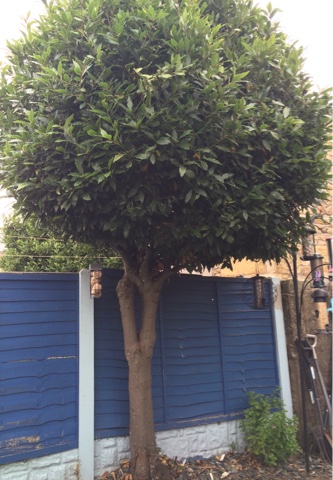 The tree is about 21years old now. I've had to push holly into the bottom branches to keep NDFC out of it. It usually hosts a family of blackbirds every year. I had the delightful job of picking up all the cuttings and stuffing them into FOUR garden sacks. I cannot stand the smell or the creepy crawlies that come down with the branches.
The boy did just fine with his A Levels and now has 4 to add to his CV. His Uni Place is secure and is on hold till September 2016. He has a year now to find the right apprenticeship for him, or he'll go to Uni. All's well. Our school career is done!
Today I have had my first go on the overlocker. I spent a while looking at the manual and the machine. It took me less time that I thought to thread it up and away I went!! 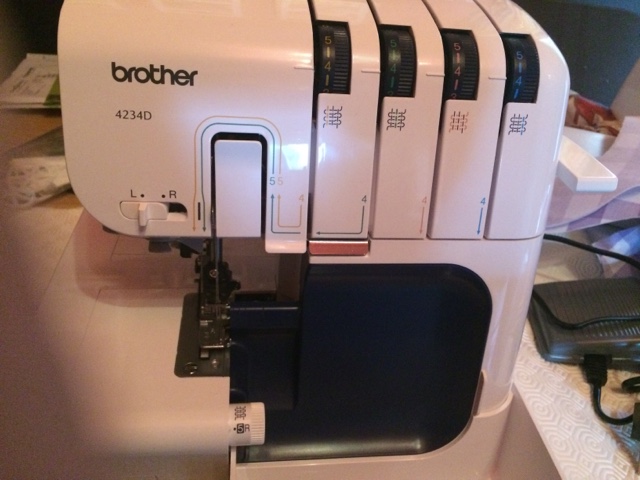 It's MUCH faster than the sewing machine. 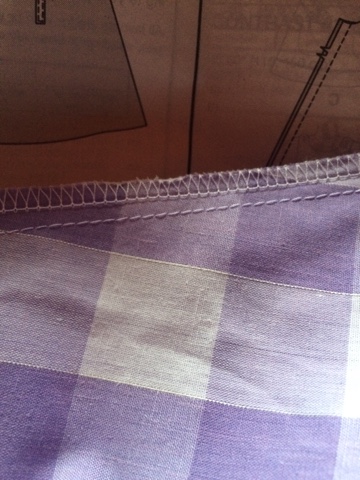 I've used it on the dress I'm making and I altered one of my dresses. I'm impressed with it!
It's 6.35pm and the news is on. The terrible explosion in China; the story that someone has tried to burgle Cilla Black's house; Cuba has a new U.S. Embassy and the awful plight of the Syrian refugees arriving in Greece and there's a big hole appeared in the road in Manchester, probably due to the rain. 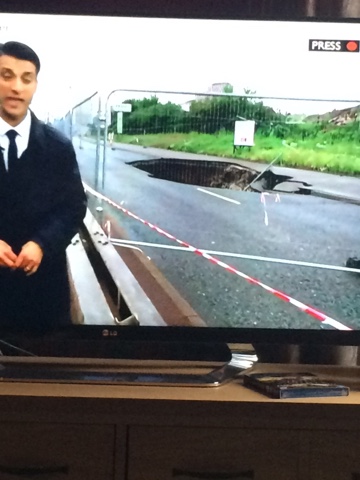 The world is a troubled place for sure.
I rarely watch the news, is depressing. I find ignorance is definitely bliss.
Tonight, once the tumble dryer fixer man turns up ( he said betwixt 5.30pm and 7.30pm )( time is running out)  , it will be an easy tea and I will watch the Jo Brand spin off Bake off program with my knitting. Don't hold your breaths, but, there may be a 'ta daaah' tomorrow!!
Oh yes, just before I go... The squeamish may want to look away now. You know how I was bragging about my 'wildlife free' veg patch? Hmmmm. Well, I've had visitors. I don't know who, but they left me presents. No, they really shouldn't have!
Can you tell me who they were? 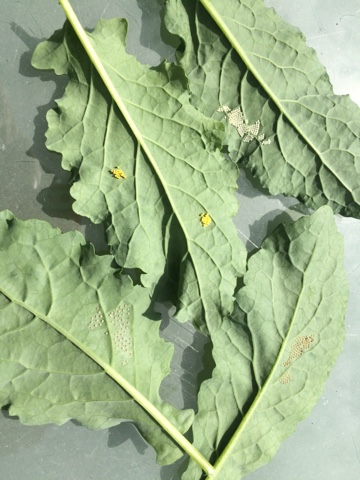 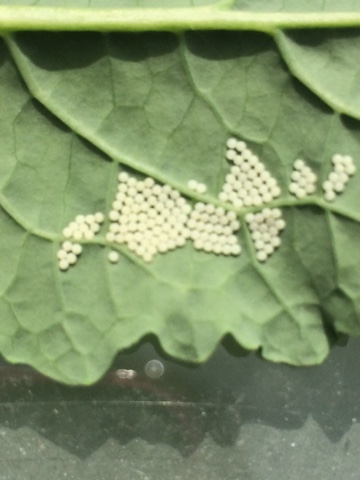 2. These ones creep me out. Like sinister doughnuts. But how nearly they are arranged! 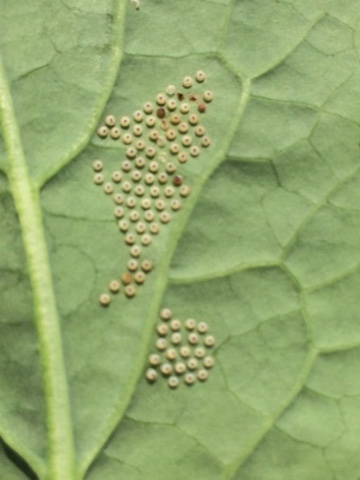 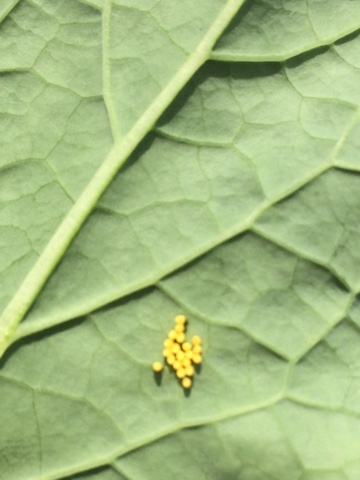 And 4. More doughnuts but arranged slightly differently to those above. 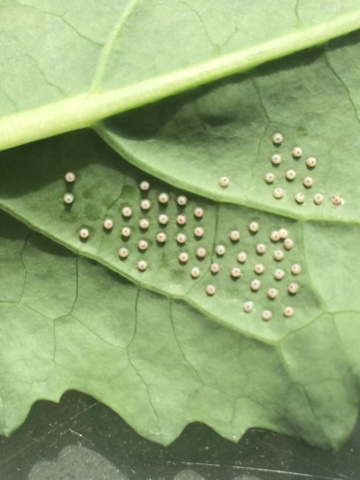