My first Christmas Card of the year! 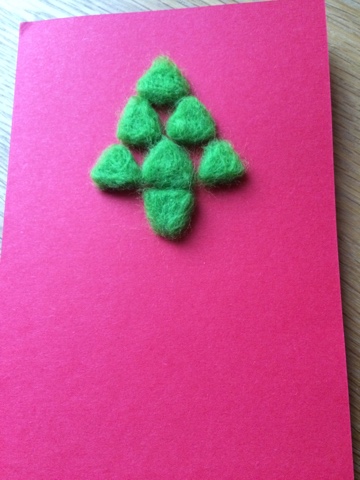 It arrived on December the first. Isn't it gorgeous! It made me as warm and as fuzzy as the Christmas Tree on the front of it.

I joined in with the super lovely idea of Amy's, in her blog .... http://lovemademyhome.blogspot.co.uk/2015/12/five-on-friday.html
I was paired up with
Angela, a lovely lady whose blog I've read forever!! http://gardenteacakesandme.co.uk
I'm not bothered about trees at this time of year ( LOOK AWAY CT ) because they've already been chopped down for the cards I bought! I use the cards after Christmas ( tags and lists ) and I love the fact someone took the time to write one for me so I will jolly well put them up and send them out wily nily!!

This morning I had a bath. I knowwww! Twice in one week! 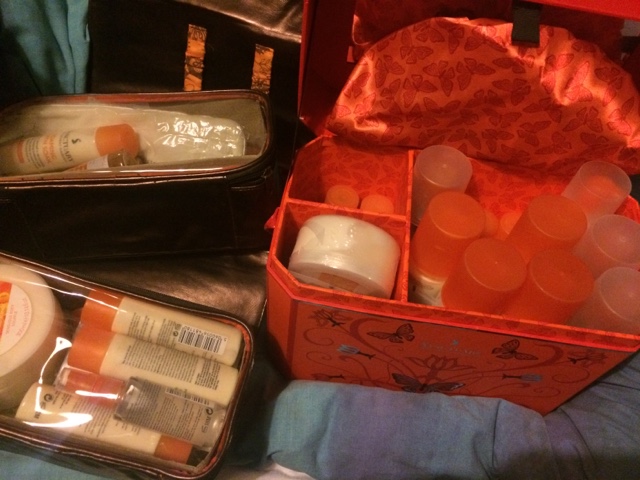 This is because I found all this Sanctuary Spa stuff from Boots stashed in my wardrobe! I have issued a notice to the HG, no smellies please this year for Christmas! He keeps asking what I want. Truth is I want nowt. I want for nowt. I think I'd rather we save any money from presents we'd bought on a cheeky weekend away - after all, im covered, travel - sized smellies wise!

Miss 21 has gone to work and will go straight to Newcastle for a weekend away with her beau. I mentioned to her Dad that I do not actually like it when she leaves!! Despite my ranty last post. But I will miss her and will fret for her safety on the walk to work ( dark and rainy ), the train journey ( stranger danger ), the car journey to Richmond ( other drivers)!

It's so easier to deal with when she's not leaving from my front door. I'm going to be on pins with all the New Zealand stuff!

At school it's uber busy with Christmas Stuff. I've perma ear worms going on
" Mare reeeeeeeeee is gunna have a bay beeeeee"
And
"We're on the run, on the run"
Both very catchy annoying bloody tunes!
The Christmas Fayre is looming. So my class have made ( my idea! ) salt dough gingerbread men to hang on the tree.
Here's one of the better ones ( that's already been bought! Pre decoration ) 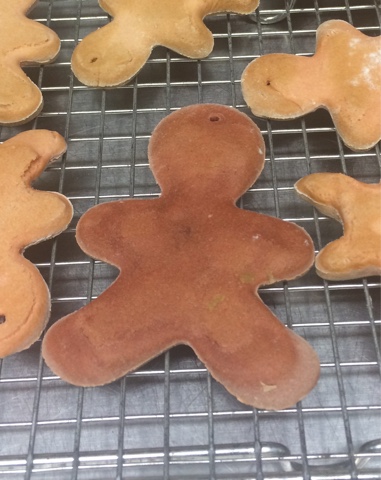 Don't overwork too much ( see below )

Bake on low till hard.

This is what we did however the school oven only has one hot hot heat so some of the gingerbread men are slightly deformed!!! The children spent ages working the dough and hot hands made it sticky so lots of extra flour made its way in and air! So some of them have fat bellies and humpbacks ! Once they have their googly eyes glued on next week they'll be utterly charming and adorable!!! 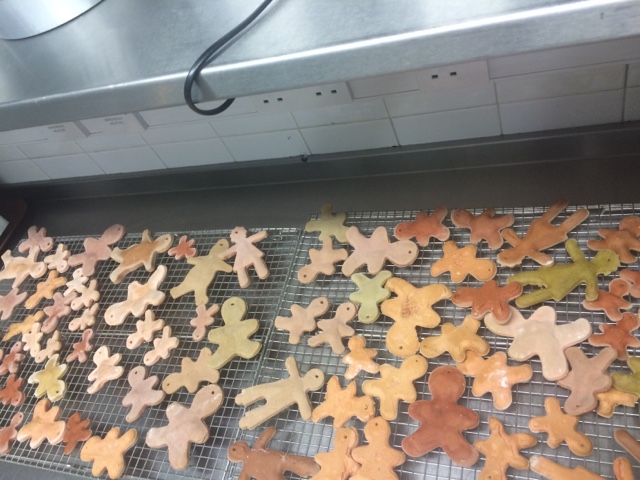 I've FINALLY started Christmas shopping!
Some things have now at least been ordered and I need to look for my wrapping paper.

Hey Mrs G, did the book find you? Have you read it yet?

Right, I must put down the tech and get doing stuff! The HG is off out tonight on a school reunion so Mr 18 and me have decided we are going to have ourselves a Chinese Takeaway! Wooooo yeah!
I had loads of other stuff to tell you but alas have totally forgotten!
Lots of love from