I'm not just talking about the weather, or Gerard Butler at Wimbledon. My blood is boiling this morning thanks to some news I heard on the radio this morning. What has got my dander up this morning?

Now I'm not a political being at all, I'm not sure who the guests are on Question Time and I never ever can understand why these people are in charge when they clearly have in idea what they are talking about - a certain Mr Gove springs to mind.


Anyway, it's not the way the Education System is being destroyed that's annoying me. It's the fact that three murderers, currently locked away for Life, on something called a 'Whole Life Tariff.' Are in the news and how these three disgusting, despicable scum are bleating on and ( probably using our tax payers money - I'm not sure ) going to the flipping European Courts because locking them away for life is against their Human rights because they have no hope for a case review. What about the Human Rights of their victims?
The full story here

In my opinion, life should mean life, not different tiers of life. Whole life tariff is reserved for the most heinous crimes. How can murder be graded? How?
I understand about manslaughter, how a person can die in an incident that wasn't pre meditated .... I'm pretty sure that's what separates the two. But murder is murder.

These men should never have been allowed to even THINK about this court action. Frigging Human Rights do gooders do my head in.
Murderers  should be dispatched in the same way they took the life of their victims. Hanging is too humane for them.

The three men are among a group of 49 people in England and Wales who are serving whole life tariffs.
This means they cannot be released other than at the discretion of the justice secretary on compassionate grounds - for example, if they are terminally ill or seriously incapacitated.
They claim that being denied any prospect of release amounts to "inhuman and degrading" treatment and this is a violation of Article 3 of the European Convention on Human Rights.
They say they should be entitled to have their tariffs reviewed." Taken from the BBC link above.

COMPASSIONATE GROUNDS???? WTAF.
You all know my strong feelings on people who break the law, so imagine my inner furnace raging this morning! European court of Human Rights should be scrapped. Forthwith!

Anyway, it's been a while, how the devil are you all? What've I been up to?
At the weekend, the Summer happened in the Uk. It's still happening and I'm loving it. I'd been shopping and noticed a woman hovering near the reduced fridge in Sainsburys. I made a beeline for it and spotted a huge chunk of prime Scottish beef that I would've walked past at £21.98, however it was marked down to £9!!!! I swooped like a Golden Eagle and grasping it in my talons I whirled away from my rival predator ( the woman ) and held my prize aloft for the Hunter Gatherer to see, rather like Simba's father on Pride Rock in The Lion King. Somewhere, Elton John began to sing.

We ( I ) decided to give Indirect Cooking on the BBQ a go. Basically you put the coals to one side, a drip tray next to the coals and your meat above the drip tray and cook with the lid on. I also had a nice big bacon joint in the fridge too so did that at the same time! It was DELICIOUS. I could have taken it off half an hour earlier really but it was still succulent and so so much tastier. Critics* might argue that because it was such a decent joint of beef in the first place, conventional cooking would have produced the same results. I disagree. I'm planning on cooking the Christmas Turkey this way! I am going to invest in a  meat thermometer to avoid under/over cooking for perfect results every time. ( That's what it says on the meat thermometer advert ) ( I am so susceptible, a marketing man's dream. )
I am blogging this on my birthday present iPad, I haven't synched my phone yet, so will switch to that to insert a photo. Fingers crossed it works!
~~~3 minutes later ~~~
Ok folks, I'm on my phone, can you tell? Modern Technology is flipping marvellous! You can see the HG carving as he said to me he couldn't believe I'd not taken a photo! So I did :-) The first photo is only half of the joint! So even though £9 is STILL massively extravagent, so far it did Sunday tea, Monday tea, Tuesday's lunch and there's enough for another meal for three of us. I might even freeze the last meals worth of meat because we are a bit fed up of prime roast beef now!!!!
*My 16yo Son
Thank you for all your comments on other posts too lovely folks who read my blog xxx
My question to you today, is what's the best thing you've BBQed? 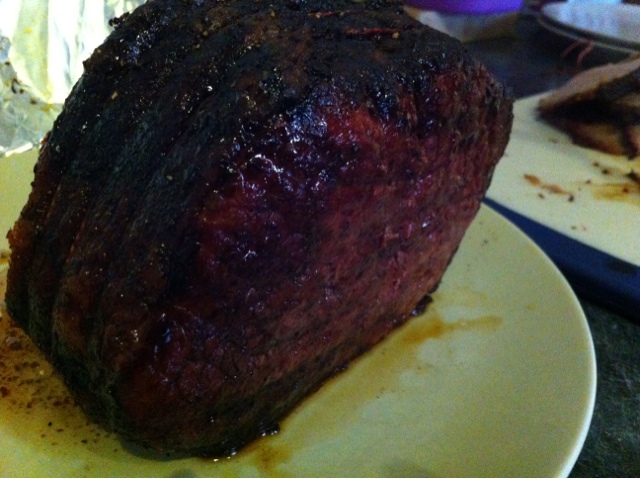 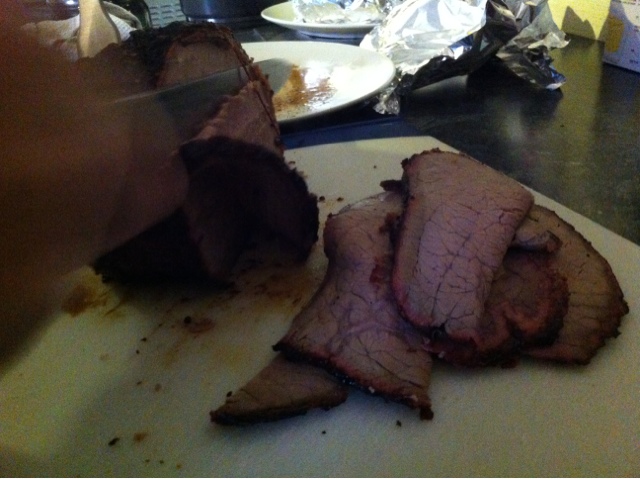 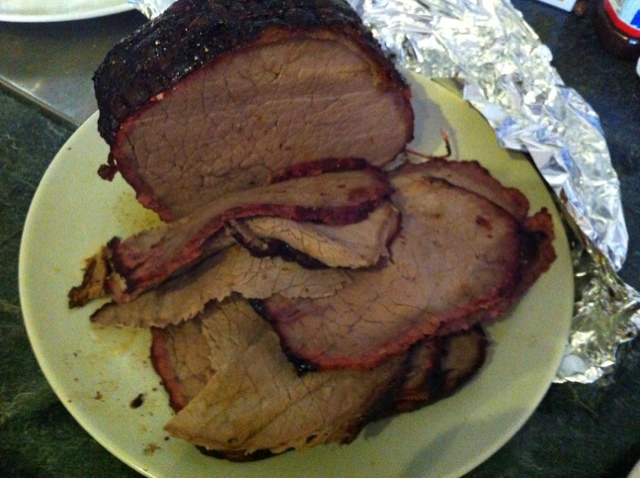