Well, as promised in my post yesterday, here is the recipe for my deliciously entitled mouthwatering Curry...

Normally, I turn the Manky veg from the depths of my fridge drawers into Manky Veg Soup. But as I mentioned a couple of posts ago, Summer is happening RIGHT NOW in little Ol England! So I was not really in the mood for soup. I also had in the back of the fridge a Tupperware container containing coconut milk. I was pretty sure I was on the cusp of making coconut cheese but on closer inspection, it was still liquidy.

Now if you want to make my recipe, I apologise for the random quantities - it was a case of cut the major mank away and weigh what was left! I used an online calorie counter to work out values! The official serving quantity for my curry is sh*tloads!!

Here's what I did
Rummaged carefully in depths of drawer and see what can be salvaged.
1. Heat large roasting tray in oven while roughly chopping the veg.
2. Add the root veg to roasting pan and spray ten times with spray, roast for ten minutes
3. Add rest of veg, spray again and roast for five minutes
4. Heat generic curry paste for three minutes in large frying pan
5. Add roasted veg, tomatoes, chick peas, coconut milk and water.
6. Bring to boil, add mushrooms and seasoning, reduce to simmer
7. Cover with a lid and simmer til veg is soft ( well cooked - most of it was soft to start!!!!
8. Add peas five minutes before serving.

You could easily stretch this to 8 good portions!

*whilst roughly chopping the pepper, I was a tad rough and ( the squeamish should look away now ) the knife slipped 3/4 way through the tip of my thumb in a nice slice. My tummy just turned over re living it! It eventually stopped bleeding and a plaster is currently holding it together!

Other things that I have to tell you;
The Y6 bowling trip was fun. My daughter passed her first year of Uni with flying colours and she's been offered a part time to fit in with her studies job! Off to bed for me now! Am shattered!

What do you do with your Manky veg? 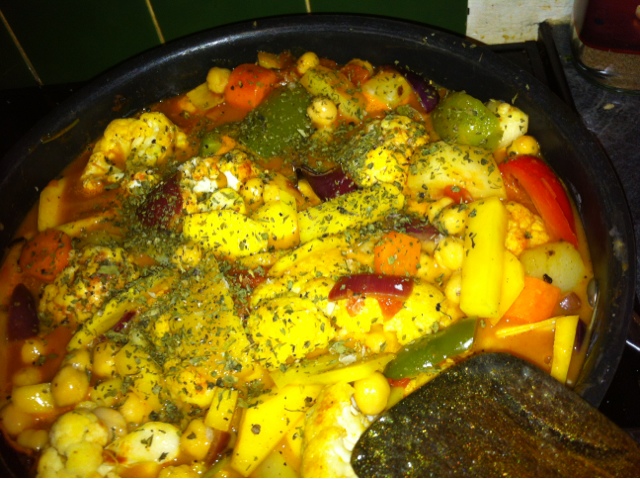 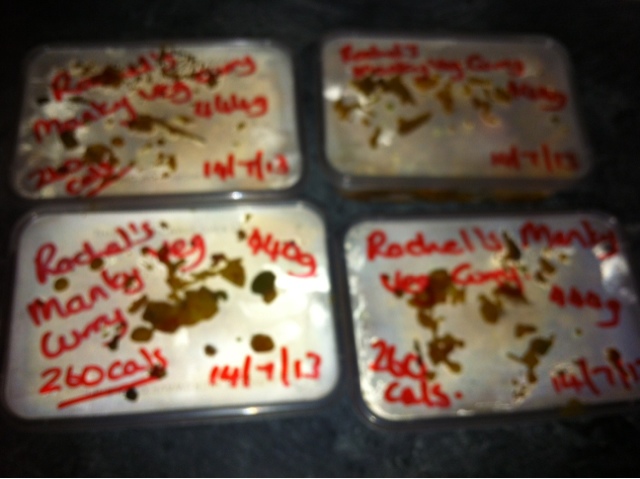