B is for Beryl's Baguettes.

Beryl, me and Paul Hollywood worked hard earlier this week to make my very own baguettes for the first time! The recipe came from his Bread book. So easy. Stick the flour, olive oil,  salt and yeast in Beryl. Slow mix for five minutes then medium for five to ten minutes until the dough was very stretchy.

Then leave it to rise for two hours. Then shape. It's a very wet dough and I could feel the air bubbles popping under my fingertips. I did my best, I think next time I'd be a bit more robust in my baguette handling! Helped by my brand new swanky pants baguette mould from the jolly perfect Lakeland I managed to produce three baguettes. One big one and two small. The two small ones because on my first go of shaping, I got it really thin in the middle and decided two mini ones were far superior to one mangled sausage shape. 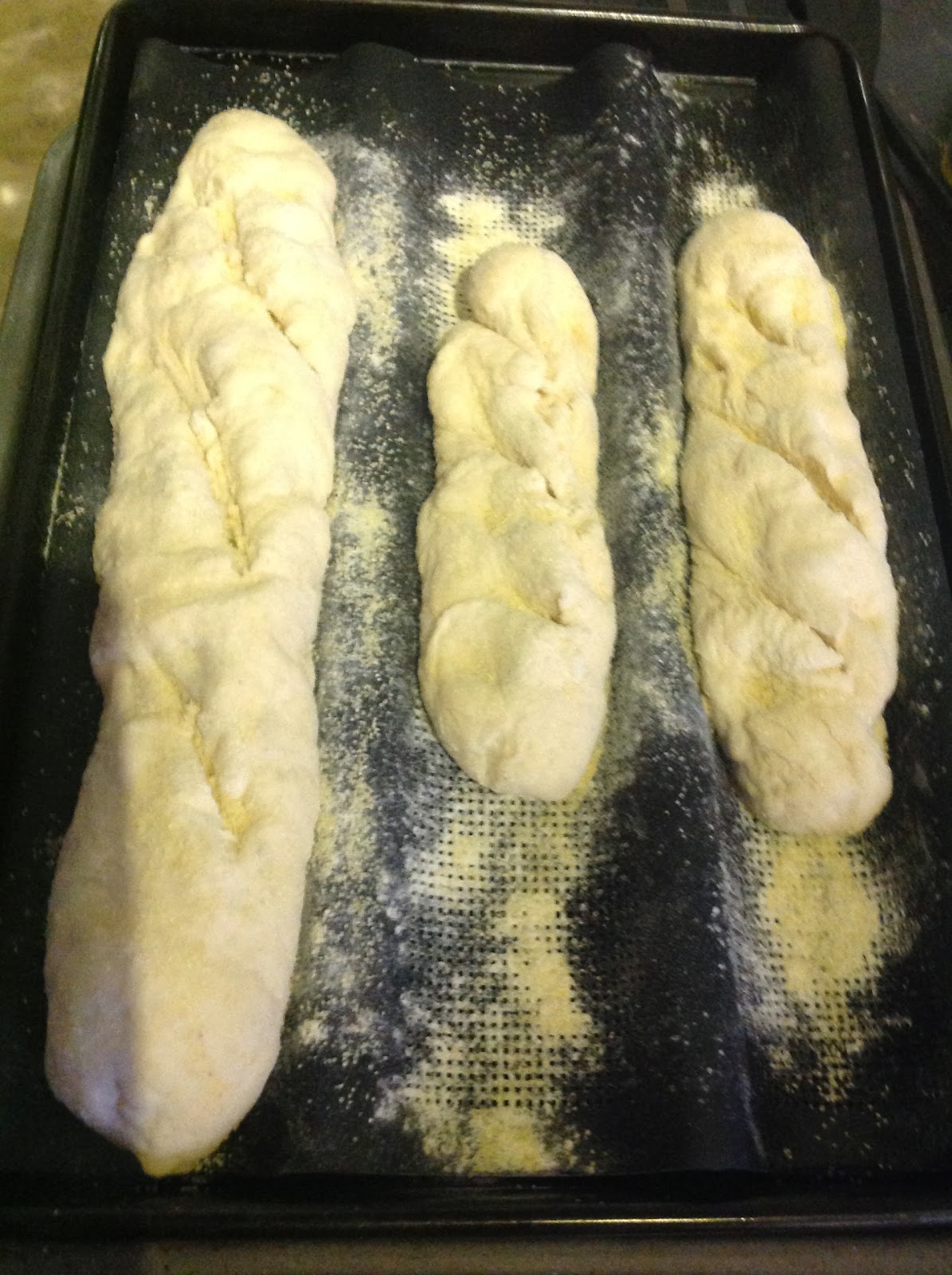 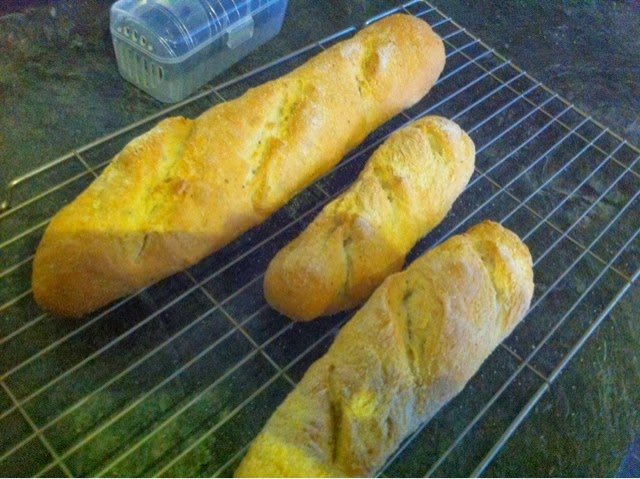 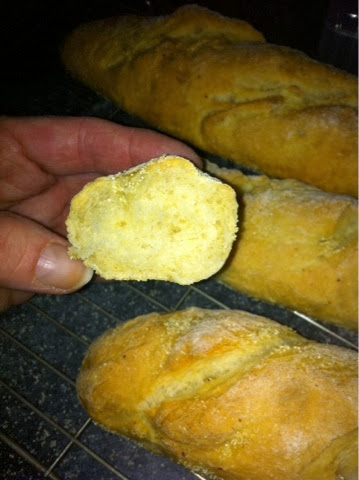 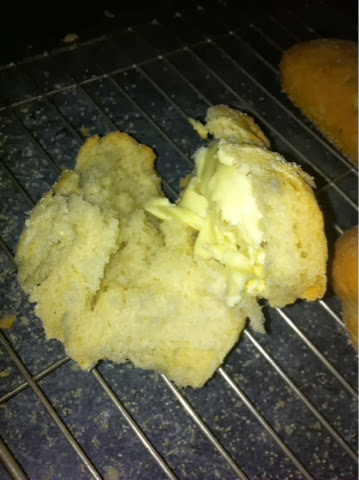 They were just like the real thing!!
I made my best ever Manchester Tarts 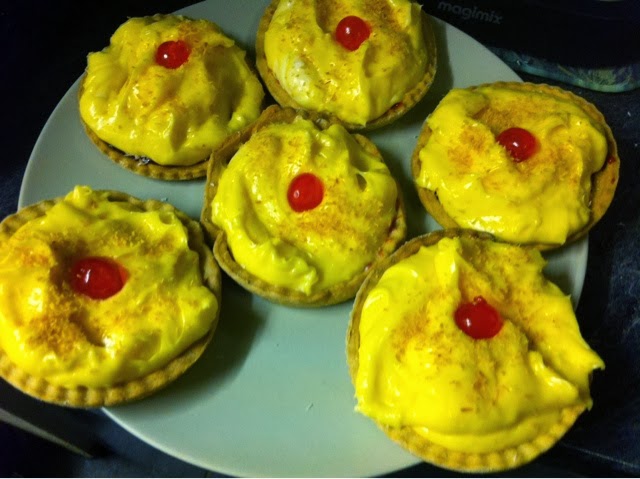 I made individual ones using a new silicone tart tray I'd got half price when I bought the baguette tray!
I also tried out the new biscuit press and recipe. Yields twelve dozen biscuits! I gave some to our new neighbour and she declared them delicious! Lots of pattern discs including butterflies, teddies, various flowers and shapes. They are very short and buttery. 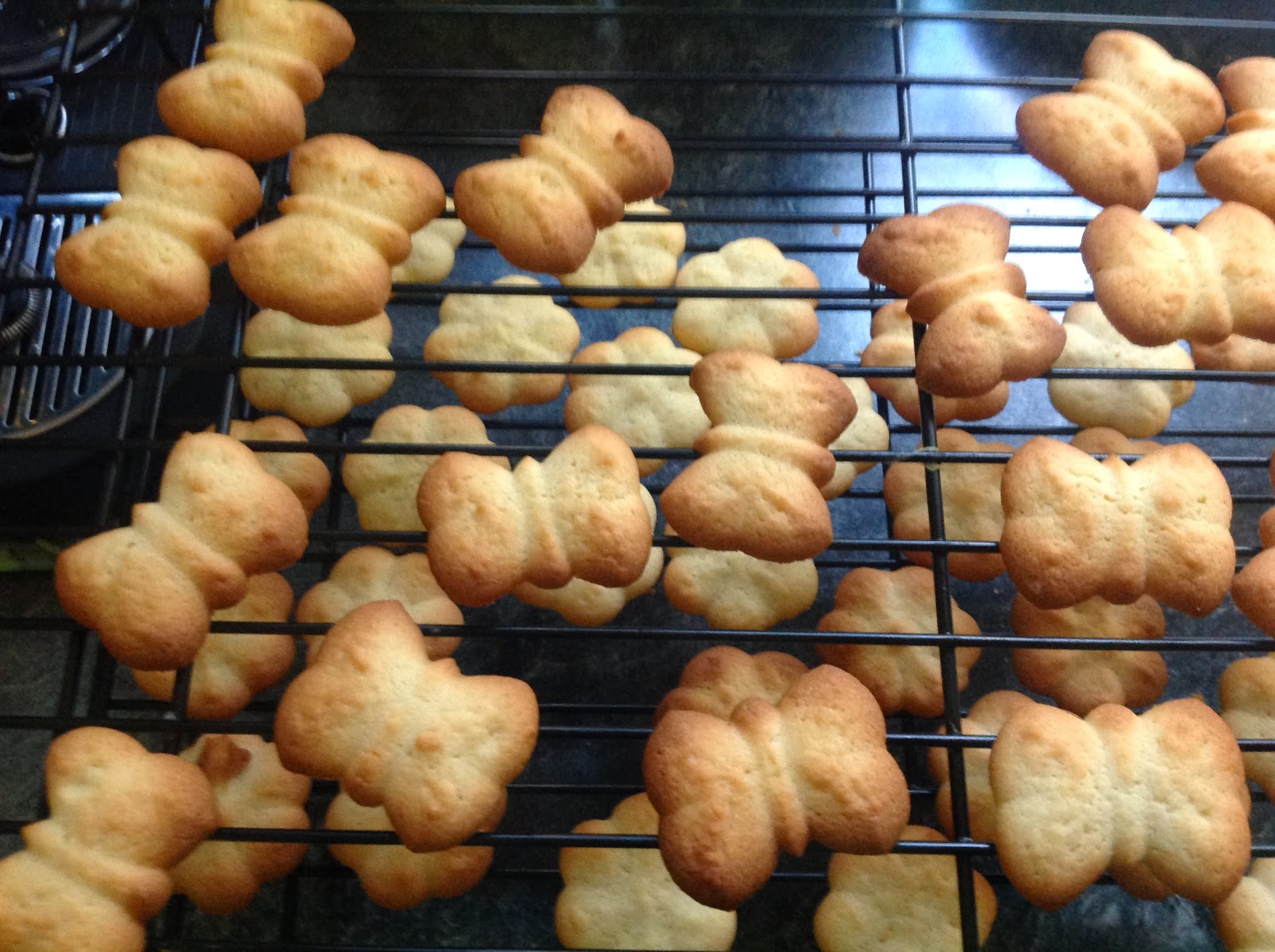 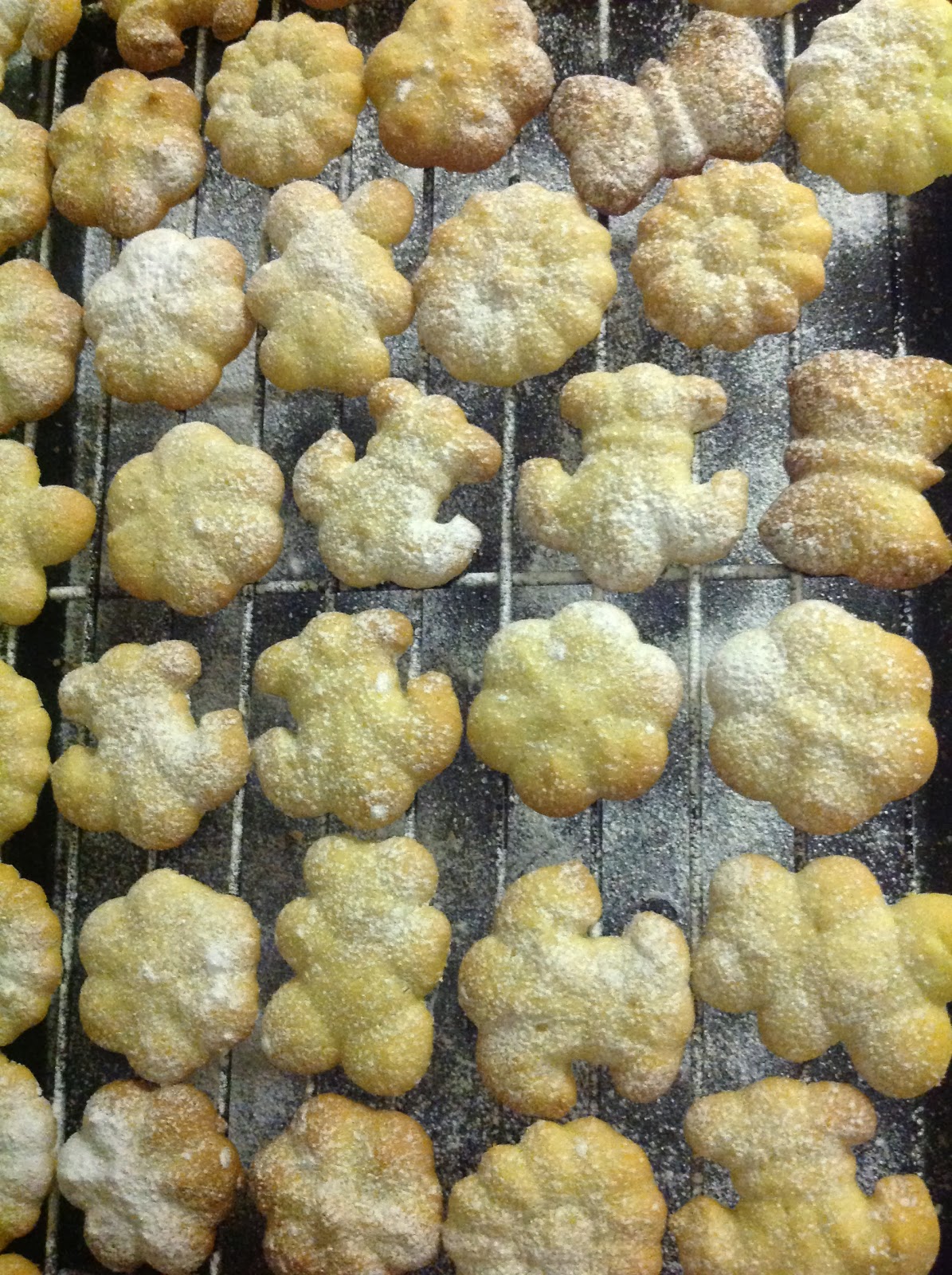 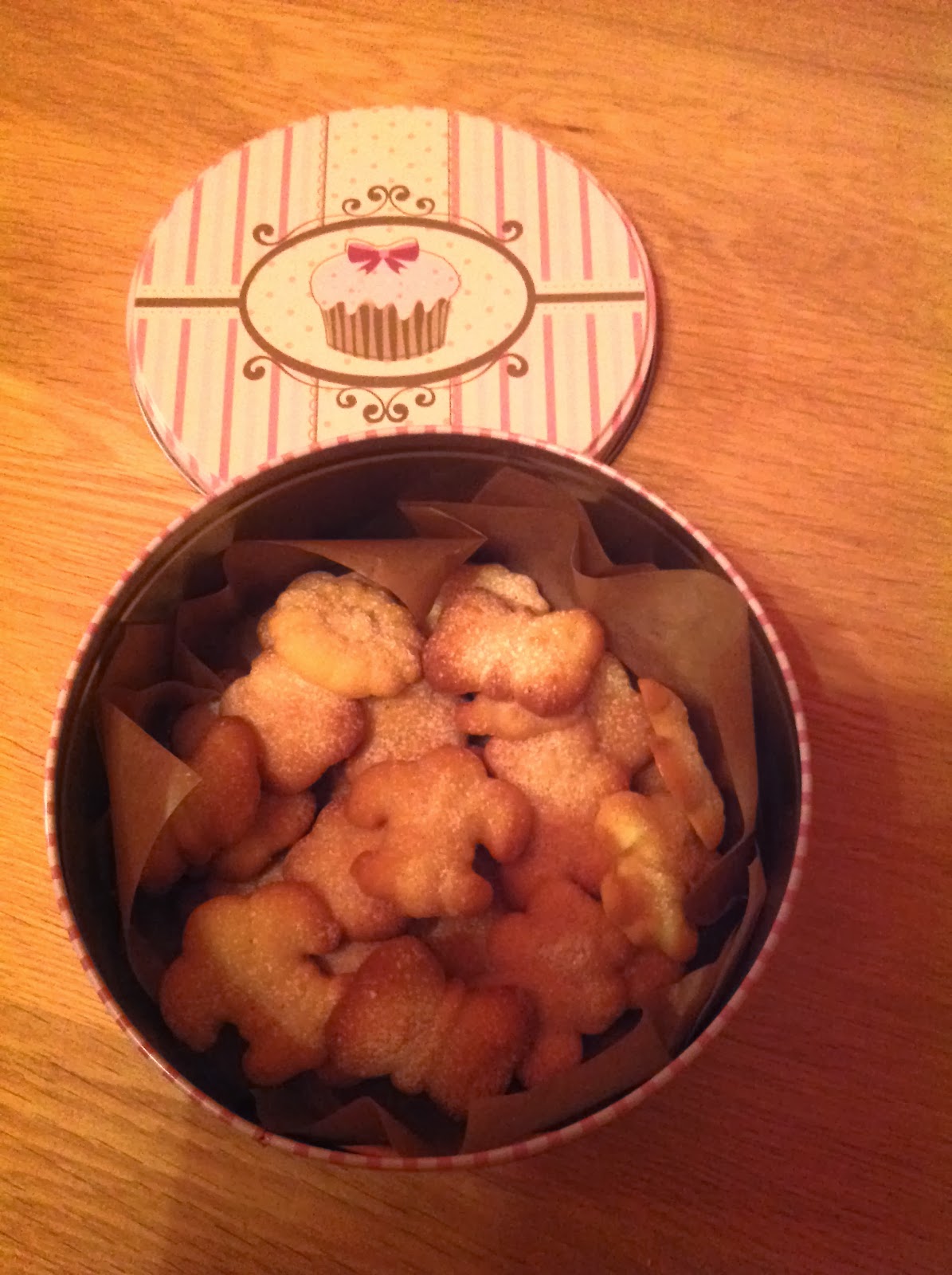 For  my neighbour. She said she could not stop eating them!
Cardigan update - just the ears and buttons to sew on! 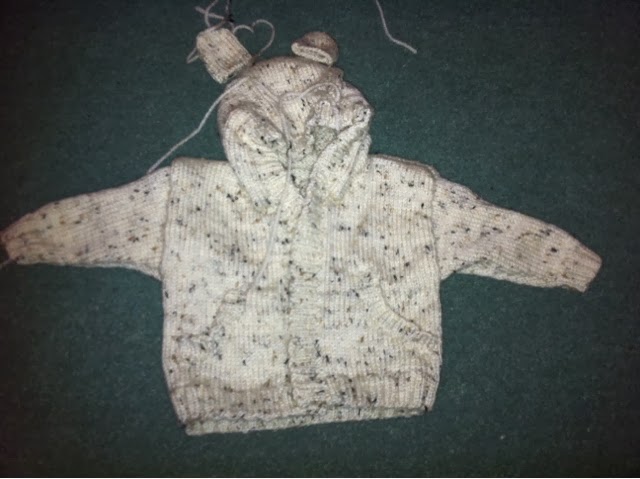 I'm very chuffed with it! Hope the recipient likes it :-)
What have you been making?