I thought I'd share the projects we are working on at Night Owls. I dreamed up the idea after thinking about Fenwick's Christmas Windows and the fact I won't be seeing them this year after Miss 21 thoughtlessly graduated and left Uni.
So in our hall there are a lot of windows. I asked if we could decorate them. We decided on old fashioned nursery rhymes as a theme. The first one, of course, being The Owl and the Pussy Cat. The grown ups painted the glass and then the children helped with the crafting of the features! I have to say I'm very impressed with how it turned out! The children are convinced it's a real five pound note! 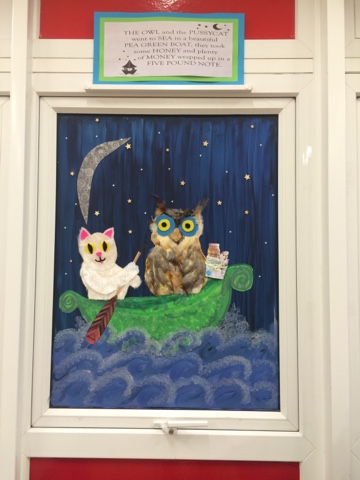 He really looks good once it's dark outside! 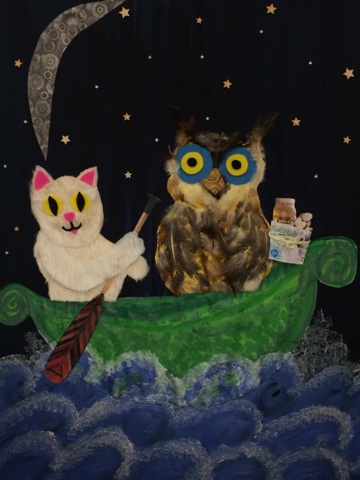 We are now on with the next one. We are on the hunt for an old soft leather or leatherette handbag or coat that we can cut up! Anyone help an owl out?! 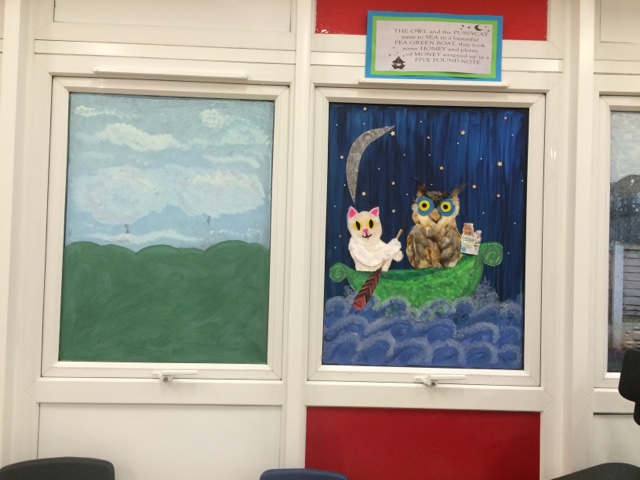 What do you think it's going to be?!
On the other side, we have been commissioned by the head for some stained glass windows to go behind the worship table.
I only helped with the initial drawing of these. My work chums did the painting.
They will get a second coat and a cross on them tomorrow, and the fake lead! 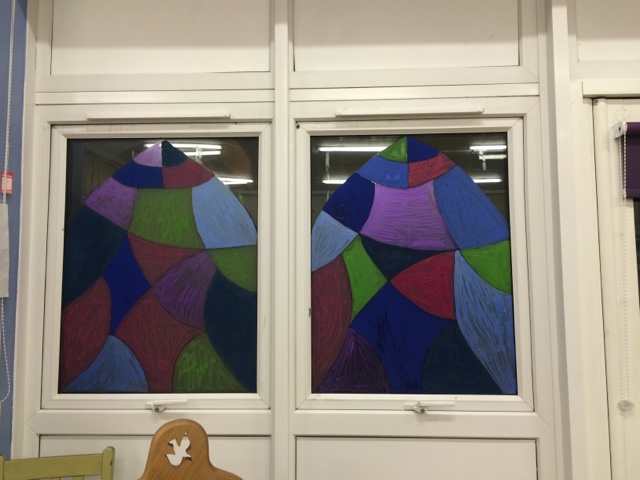 Just realised it reminds me of Elmer the elephant!! I'll show you when it's done!
Lots of love from
Rachel *loves Night Owls* Radiostar xx
Posted by Rachelradiostar at 18:58