Back to work with a bump!

8.55am gloved up and performed first aid on a small child who'd faceplanted the playground, splitting open his forehead. Blood everywhere.
9.10 dispatched him off to hospital with his mother
9.13 dealt with a very angry little chap who. Was. Not. Staying. At. School -  I knew how he felt! He was calmed down, made to pick up all the chairs he'd knocked over and taken back to class.
9.23 - cleaned sick off a pair of trousers and shoes off belonging to one of the lovelies in my class
9.33 read ch6 of the story to Trousersick child that the rest of the class had listened to while he was being sick . The story is Billionaire Boy by David Walliams. It is hilarious. I had to say the word 'Bumfresh'  a lot!!
Phoned his mum, ( the sickly child not David Walliam's ),  she came to take him home to calm him. He was back after lunchtime totally fine.
10.20 playtime duty
10.30 - put new display up - topic for this half term is Space.
10.45 helped upset child make a cross for the grave of his dead chicken
11.30 - did the class rotas for snack duty, lunch duty and play leader duty !!! This, folks, is a treacherous minefield. It takes me at least ten attempts. I think I've finished, print it out, then a voice will pipe up. I can't do it then I've got < insert a cacophony of child related activities here >. I grimly smile, RIP down the rotas and re jig!

I think I'd ticked ALL my job description boxes by lunch!!

I covered breakfast club for a sick colleague. So that meant I started work at 7.30am.

In Maths, we are learning Time. The child I was working with declared their legs were too tired to do any work. I sad it was ok, they didn't need their legs to do maths. Another child wrote in their book it was 'quarter past seventeen' and another wrote seven firty free. I despair !

Then it was my small group/pastoral type duties for the rest of the day. There's three of us running Social skills groups, friendship groups and positive people groups.
That went well even though we all kept being called away for needy children in classrooms.

Popped home at 12.15 with my friend, who helped me to take the baubles off my tree. 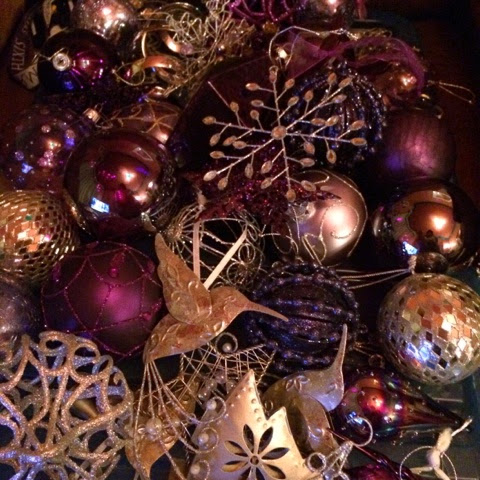 Bye bye my pretties....
Night Owls was the usual average number of twenty plus cherubs. We are trying to get to grips with the new cashless system of payments in school. The parents are struggling and so are we!! We knew where we were with good old fashioned money! So much brain stress! Got home at 5.40pm.

The teenager had removed the lights off the tree and as a quick tea was cooking we folded away all the branches and put the tree back in its box. The bonus of putting the tree away was that he found a CHRISTMAS PRESENT!! It was for me!! 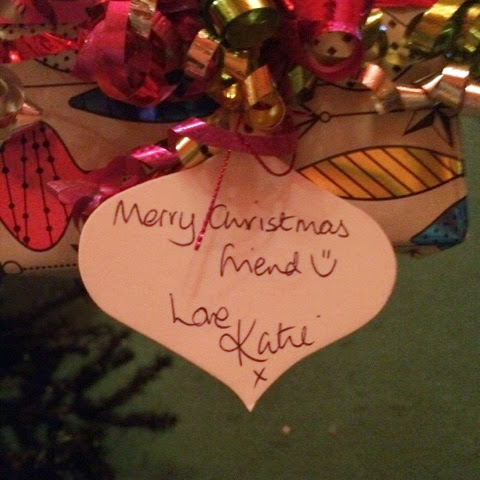 From my friend at work. I sent get a photo saying look what we just found!
She replied that she'd thought it was really odd I'd not mentioned what I'd got! I bet she thought, ' you ungrateful mare'! I opened it - it was a Nigel Slater book. 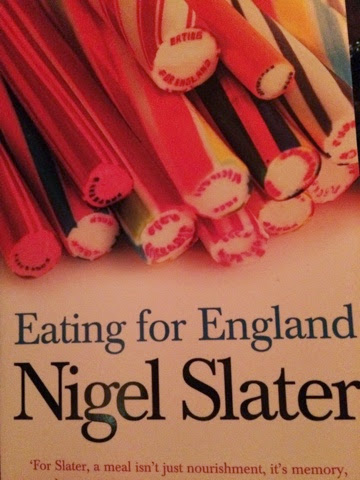 It completely made my day!! I fully intended starting to read it at bedtime. But we had to take the 17 and a half year old, 6ft, two belts off a black belt teenager to his karate class first.  Whaaaat??? It's dark out there and he's still my baby. He can't possibly walk.
We did call at Sainsbury's as I needed milk. It was the first shop I'd done since before Christmas. Milk is bloody expensive these days. £90!!! I did get some jars of mincemeat for 5p like last year!! Bargain. Popped them in the back of the darkened cupboard to mature.
In the haul I bought Davina's 7 minute workout DVD. I do already have her 15 minute one which is good. I'm going to try to do something before work every day. Obviously, my 'something' today is writing this post! ( in my warm, cosy bed!)
My eyes were closing around half past nine and the book remained unread. I slept right through til the alarm went off at 6am. The HG was leaving earlier today so I've already been up, made the lunches, done the dishwasher and got back into bed! I'll have my shower after the teenager today. I don't start work til 8.55am!
My friend just texted. Yet again, our Euromillions numbers failed to secure us the means to give up all of the above! So I best get my wriggle into gear and see what Wednesday at the Funny Farm holds!!

I neeeed a holiday!

How has your 'get back to normal' gone?
Love from
Rachel ' bereft of baubles'Radiostar xx