Baking for the school fair

As usual I put my name down to man the cake stall, so I thought I'd best have something to contribute!

I saw these ont t'internet yonks ago ( I know, I said yonks ) and wanted to have a go!

First I took some flat bottomed ice cream cones. I wrapped them in foil, like the recipe said. A fiddly unnecessary task. Batch two I didn't bother and they didn't burn. 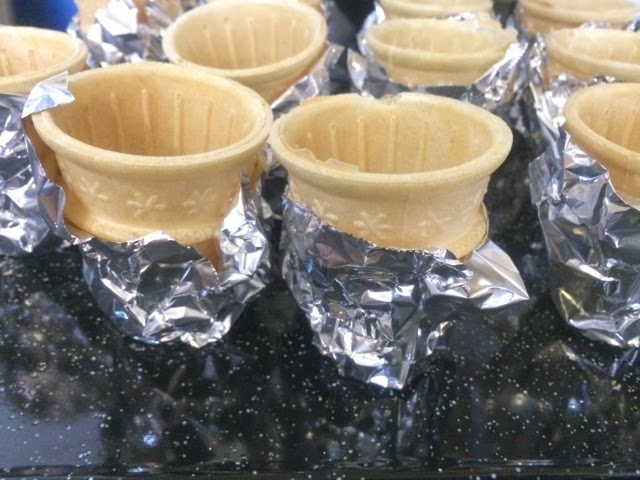 I filled them almost to the top with a basic vanilla sponge and baked them at about 170C fan for 18 ish minutes.  A word of caution, don't overcrowd the tray if you have a go because the middle ones took a bit longer to be fully cooked. 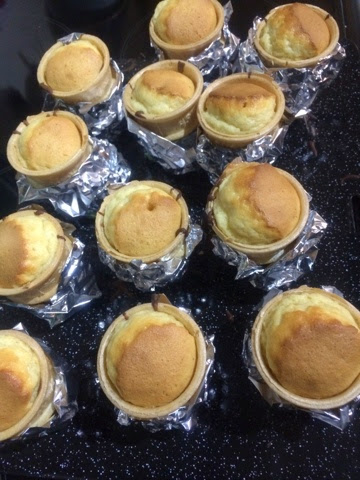 Once cold, I removed a disc and added a little strawberry jam, replaced the disc and using a wide nozzle attempted to pipe a Mr Whippy effect! 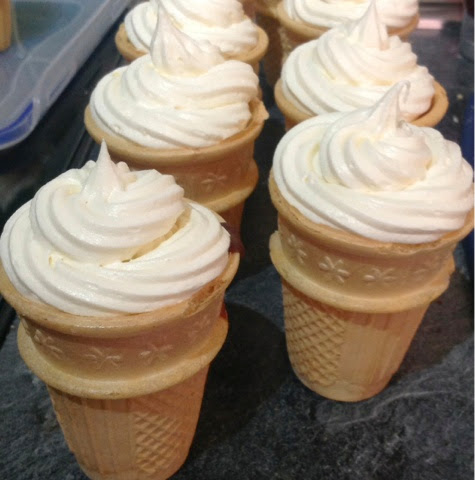 I used ordinary buttercream - but I bought some icing whitener off t'internet and it worked!! Added a few drops and it turned ice cream white! Sprinkles and a flake at a jaunty angle and voila! I was quite pleased with my first attempt! Waddya think bloggy chums? 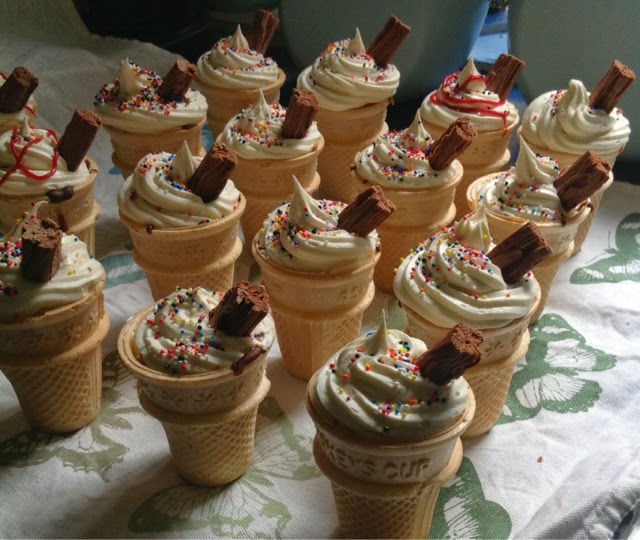 I also made some plain vanilla fairy buns 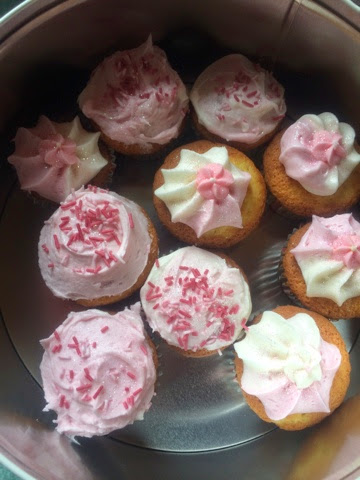 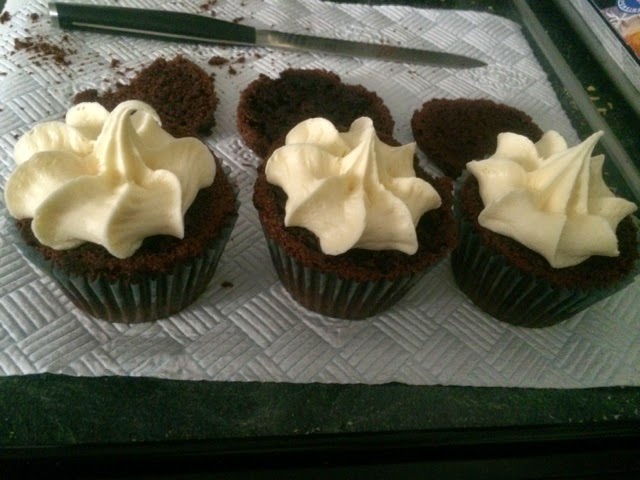 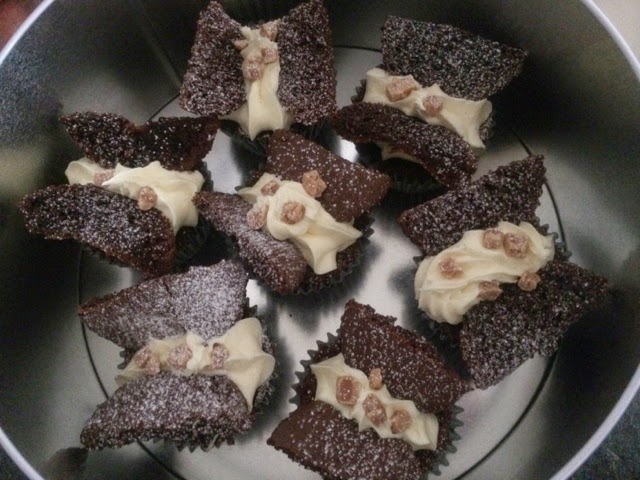 The weather was it's usual freezing self but it was a good fun evening event with lots of money being raised for school.

It's nearly 7.30am and I'm getting my wriggle into gear shortly as I've decided to rearrange my kitchen cupboards. I've that much baking paraphanalia, a good sort out is in order. I've a mountain of clean laundry to sort too. Socialising with friends on the cards and tea is already sorted! Cottage pie I made for yesterday's tea, but school fair BBQ burgers were scoffed instead! I'm going to bake tonight and tomorrow too. I have to take cake in for the staffroom - it's the law. I'm going to make ice cream cakes but will maybe change the flavours. I want to make some Ninjabread men and some Gingerdead men to use the new melts I got from, yes you guessed it, online.

Having a budget month next month, methinks the t'internet has taken enough of my wages!!