Mine was magical, yours?

Of course, I am talking about Christmas Day! The run up was hectic. Finishing work so close to the 25th had me running around like the proverbial fly with the blue Netherlands. I only just finished bedecking the house 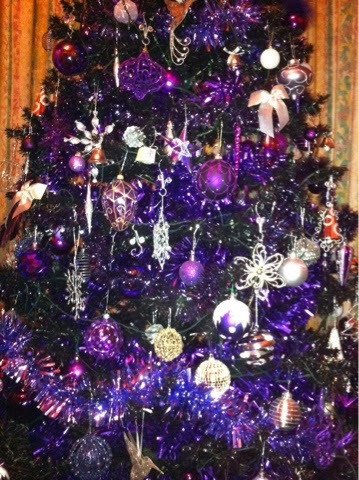 by the 23rd and of course did some traditional Christmas Eve wrapping. Although, all finished by midnight. I had planned on going to Church for midnight mass but just ran out of time, and the gale force winds put me off!

Christmas Day was ours. Just the four of us. As usual the HG was the first one awake and woke us all up. I do miss it being two small excited children running in with their stockings to open them on our bed, but the beauty of teenagers is that they like to sleep! So it was a very civilised 8:30am when we went down to see if 'He'd' been.  I do miss buying toys ( through the year in the sales ) for two small children as teenagers are expensive to buy for! We opened presents leisurely and stopped for bacon butties and phone calls before finishing off by 12.  The room was cleared of debris and the teenagers quickly hoovered and set to looking at what they'd got.
These are my new luxury furry slippers! During bacon butty break, the HG got the BBQ out and set up for our lovely joint of beef. This beef was a huge piece of prime, organically reared, happy beef. I'm sure I've  written how the animal frolicked in the meadow, in the dappled sunshine, drinking cool, fresh water from the spring,..... And how it  was reduced from £25 to £9....

Well it was done to perfection, and the bonus of cooking it on the BBQ was that we had BBQed sausages too, on Christmas Day!! Win.  Pudding was jam roly poly for them and a marzipan mince pie for me!

Speaking of Mince pies... I'd bought individual foil trays from Poundland to try as I get fed up of trying to clean the tray where the mincemeat invariably boils over, because I like a generous mince pie I do!
The best £1 I ever spent. I've loads of trays left too.
I made orange shortcrust pastry from the Hairy Bikers Christmas book and added marzipan to the middles; the idea I used was Wendi Peters off Corrie, who I chat to on Twitter. My foody hero Nigel Slater likes a marzipan mince pie, I know this, because he tweeted me!! 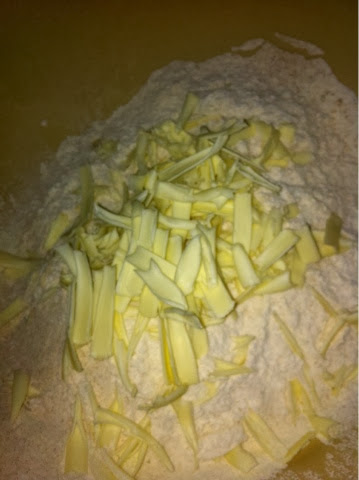 Step 1. Grate your butter in, so quick then to rub in! 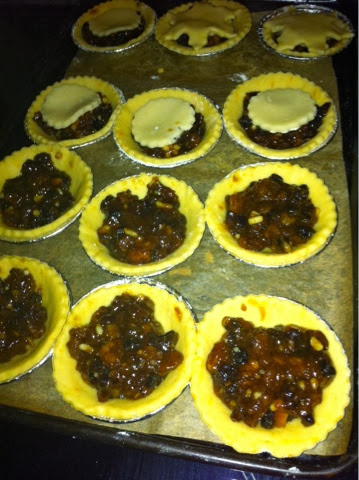 Generously filled, some have marzipan on the top, and some have discs hidden underneath. 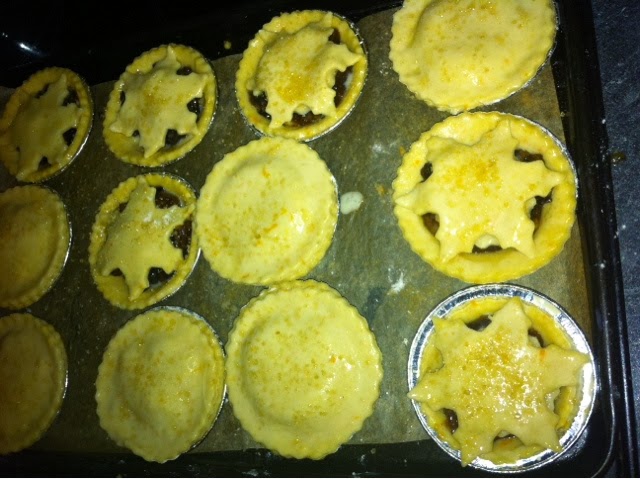 Some have full lids and some have a snowflake. Egg wash and a sprinkle of demarara. 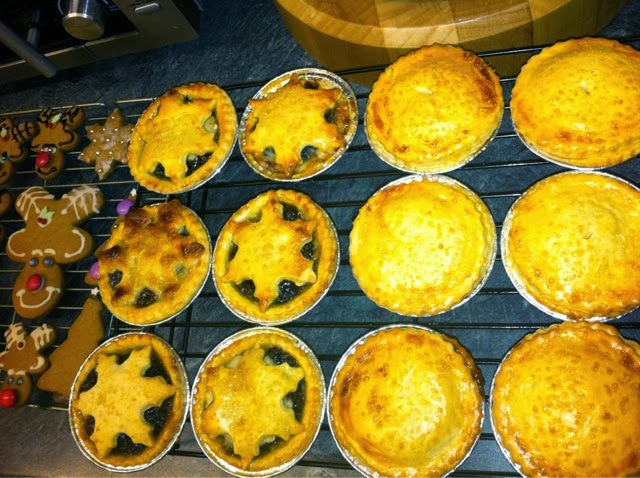 I also made gingernuts, some Viennese shortbread biscuits and some cut out biscuits. All of which are far too delicious and I cannot stop eating them! 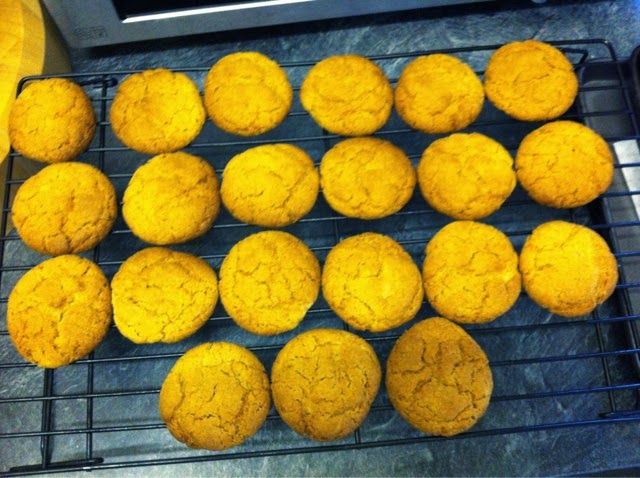 We were so full that no one wanted anything else to eat for the rest of the day.  A day spent dozing and chatting and just being lovely. Bliss.

I've read about lots of your days already, I'm sorry that for some it's a sad day, illness and bad memories prevail. I'm sad it's all over for another year. My tree will stay up till the 6th as it always does, but I will slowly start dismantling the other things.  Whilst I don't wish for it to be Christmas every day,I do wish I could keep my house bedecked for longer. I HATE January, I do not like the sparseness left behind, I dislike dark mornings and evenings, it's also so long to payday!! Not that I actually need to spend anything as the freezers and cupboards are well stocked. I will buy a sack of potatoes from the farm shop as they are so much cheaper and better ( being local ) than the supermarket.
And, rather brutally I think, I am back at work NEXT FRIDAY. That is ONLY  3rd Jan. It was set as the 2nd but our new saint like head stepped in and changed it. I love her ! Never mind, only 6 weeks till half term - which is when I will do my spring clean! Something to look forward to !

I will not be making resolutions, because I never stick to them! What about you?
Posted by Rachel Flowers at 08:13