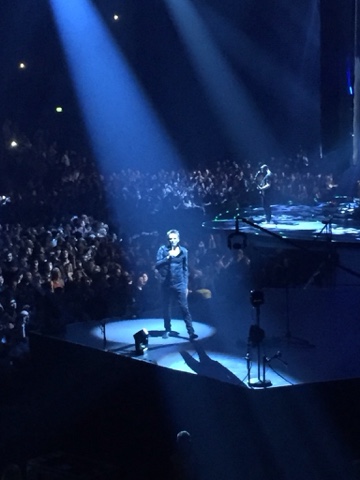 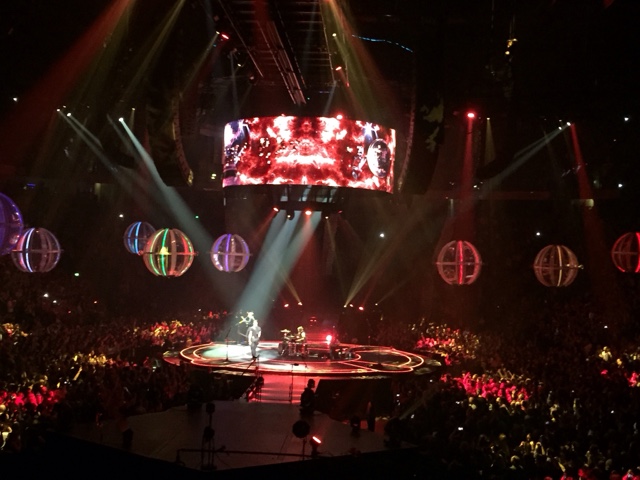 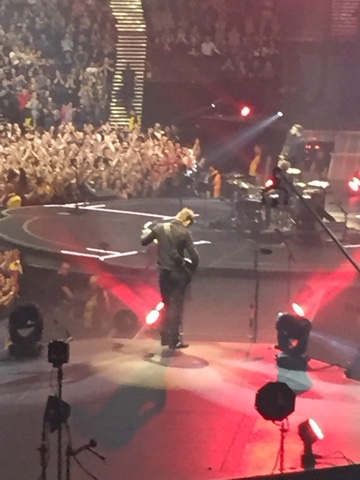 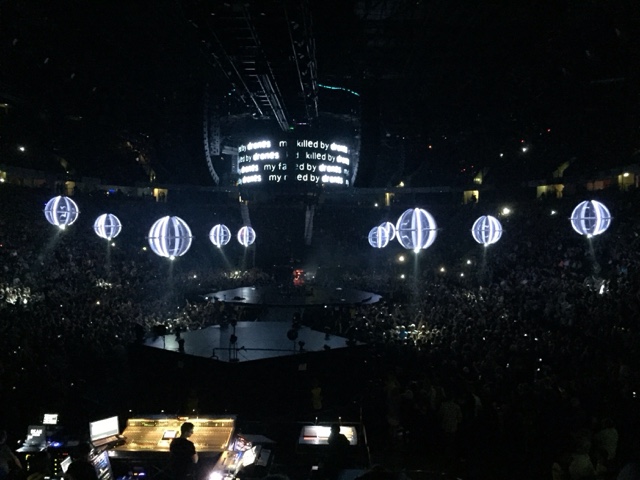 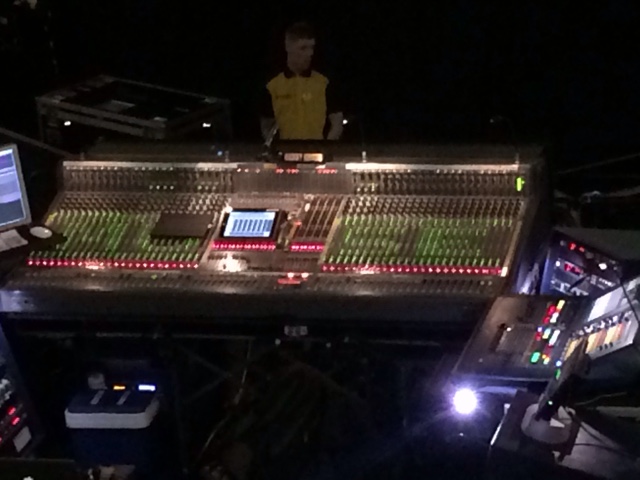 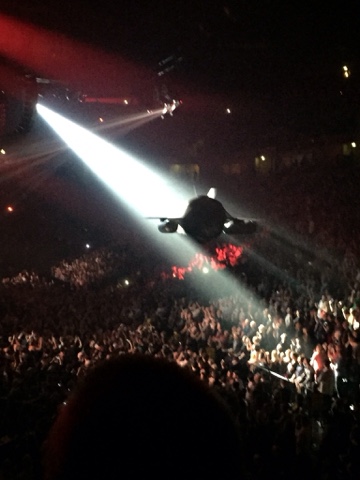 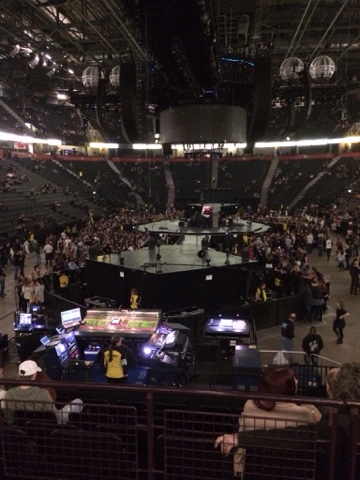 I tried to get a shot to show you, if you've never been, just how massive the arena is. I think it can fit 20,000 people in it! Every single seat was filled. The support band, Nothing but thieves, were really good too.
I just loved it.
Ok enough about that!
A few people asked what my newest wool buys were for. Mainly little summery baby cardigans. I've decided I'm going to knit as many as I can and then see if people would want to buy them! I am under no illusion that I'll make my millions! But if I can use up some of my stash and make a few pennies, I can then just buy more guilt free!!!
Alas I'm such a slow knitter, it'll take some time. The HG's jumper update : sleeve 1 done. Back, I'm 1cm away from starting shaping for the armholes! The size is XL and even though it's just plain stocking stick, it is only on 3.75 needles! I think I've 185 stitches on at the minute. ( excuses excuses!! )
Had something else to tell you but I've totally forgotten now. Need to get up and dressed because Anthony from DPD is on his way to mine with a parcel! Ooooo exciting! ( it'll be more fishing crap for the HG no doubt! )
Right, I'll be back to answer all your lovely comments on my blog later on.
Lots of love from
Rachel *no school face* Radiostar xxx
Posted by Rachel Flowers at 09:08