My boy turned sweet sixteen today. He's smart, polite, sweet and yes I'm biased!! He is also spoilt! He asked for a toffee birthday cake; he got a toffee birthday cake, with matching bonus fairy buns! Filled with vanilla buttercream, the outside was smooched all over with home made toffee butter icing. It tasted like heaven! Just incase it was lacking calories I added some RCDM.
That's right, Real Cadbury's Dairy Milk flake round the edge and in the middle and buttons set at a jaunty angle! The HG declared it a tad sickly. Oh I shot him the side eyes and he quickly said it wasn't my cake it was him! The birthday boy approved as did Lisa and her tribe who called this afternoon.
Harry, who says my name so cutely, was just after my breadsticks! Alas I'd eaten them all. I am the worst Aunty in the world!

I may also be on the way to being the best cake pop maker in the world. Alright, there may be a tad exaggeration there!
Sadly, the cake pops I made yesterday were not spherical. So I taught them a lesson. I swore viciously at them as I bashed their brains out in a large bowl. I added a good dollop of the afore mentioned homemade toffee buttercream and a silky slither of melted RCDM. I squeezed the breath out of the mixture and rolled it into neat balls!
Popped them in the freezer for a bit. Then using melted RCDM glued a stick in each. They set in the fridge for a while.
Eagerly I 'ip dip sky blued' to choose which 'Candy Melts' I was going to use first. I chose the pretty white ones with the coloured bits in and the blue ones. I dipped, twirled and tapped - just as my lovely Twitter chum Holly off the Great British Bake Off showed me ( and millions of others in her YouTube video - find it on her blog ) the applied sprinkles!

I think you will agree they are a billion times better than the first attempt. The photos do not do them justice! Also as this is an iPhone post I'm not sure what order the photos will appear! I was quite pleased with my Yorkshires too today!

What did you make/bake today? 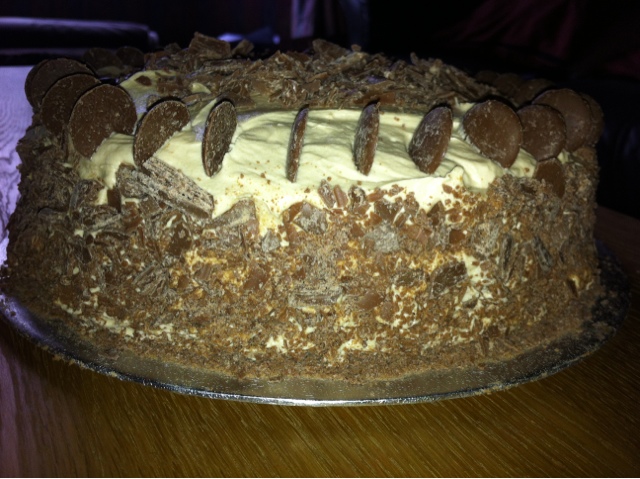 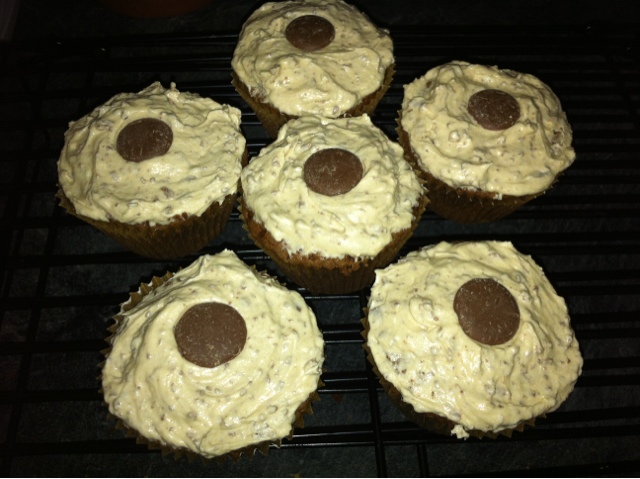 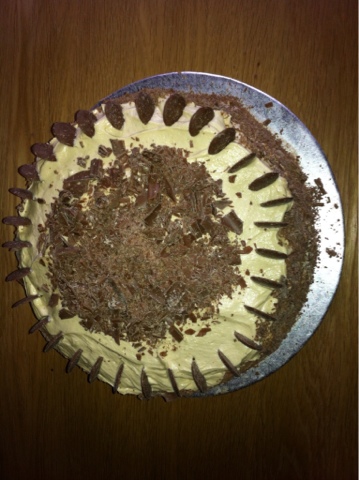 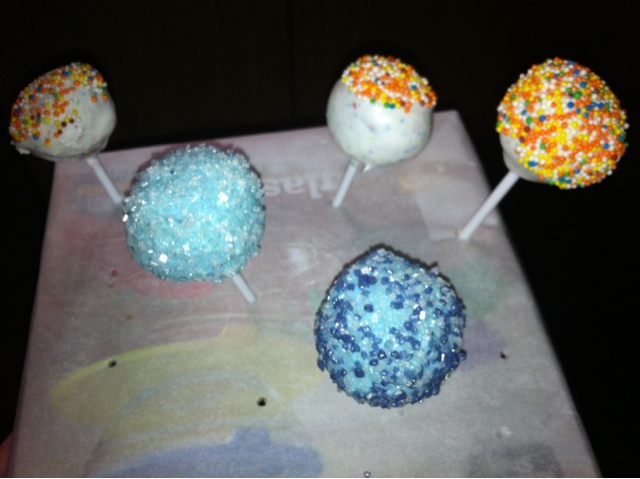 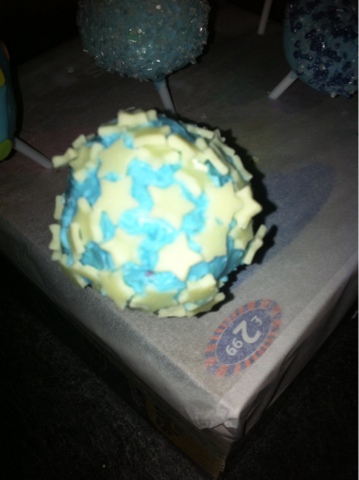 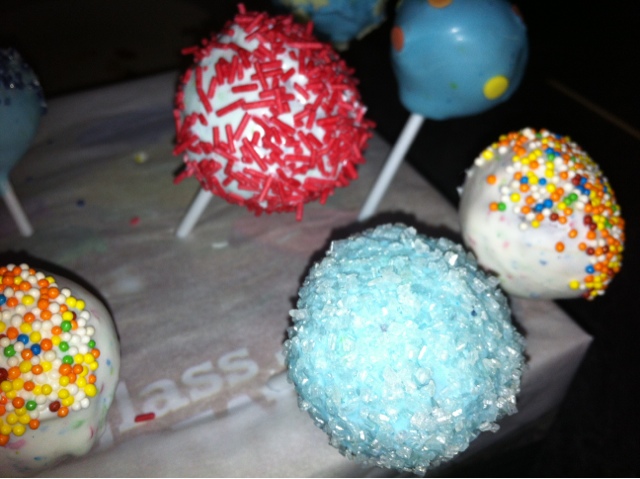 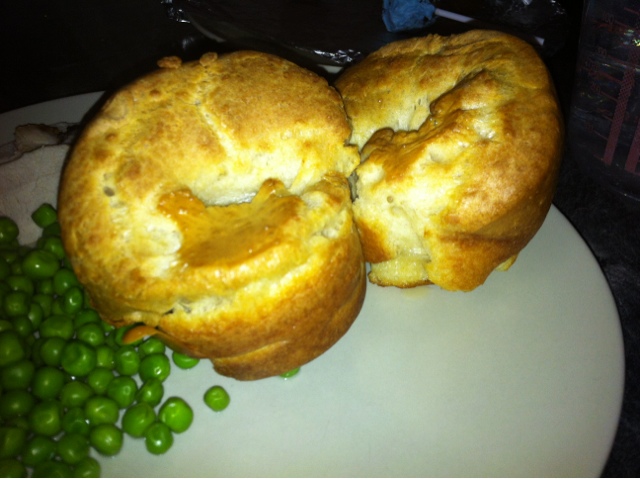