It's been lovely and sunny this week.  Then it got ridiculous, temperature wise. I'm Northern and built for sub zero temperatures. Hot and sweaty is slightly under exaggeration when it comes to describing how I've been. Plus, prickly heat is no fun. So I've been inside a lot where it's cooler.

It's been an awful week for our country. Mr 20 has had someone's MacBook in the shop for repair. It was damaged by shrapnel in the blast in Manchester. Had me pondering if the laptop potentially saved someone's life. My heart is breaking for the mamas and families of so many who have lost their precWWWious ones. Not just children seeing their pop idol in Manchester, but a bus full of children in Syria and a queue of children queueing for ice cream in Baghdad.

Did I show you Mr 20's birthday cake. It is a big deal having your baby enter double decades! 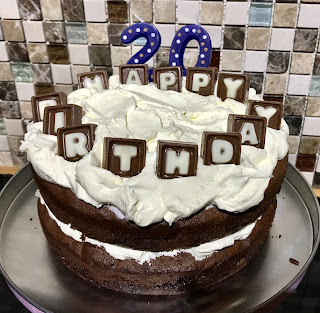 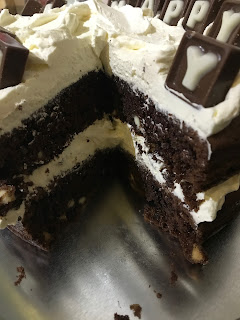 I found those chocolate letters in Sainsrobbers. Fantastic I think.


Mr 20 went to Slam Dunk Festival in Leeds on Sunday and I took his photograph before he left. I normally do this, because so many young people fail to return after events like these for many reasons, but this time it was because of tI he threat of bloody religious fanatics.


Change of subject now. My beautiful Rhapsody in Blue has shown her colours this hot and sunny week and is awash with blousy blooms. She smells gorgeous. Her offspring n the back garden have flowered too! Can't believe I got free roses from twigs I cut from the main bush! I'm going to but another two mature bushes though, for either side of the main plant. I saw it featuring as a hedge in a google image image. If I needed a hedge, it'd definitely be a RIB hedge. 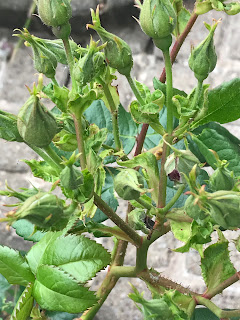 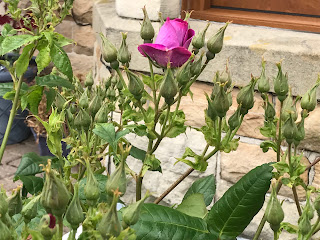 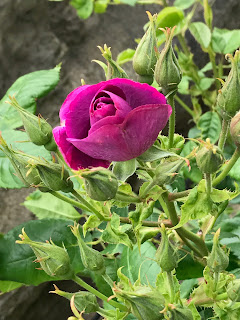 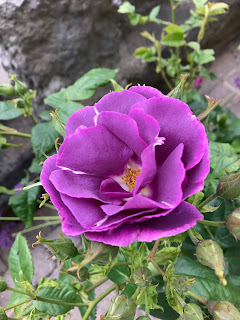 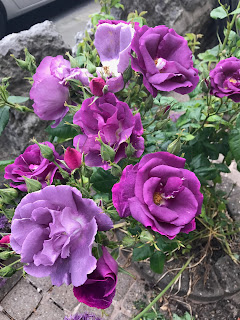 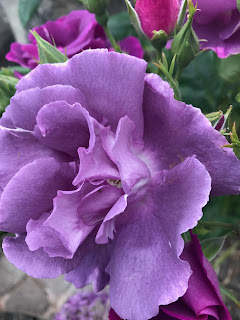 I have an exciting show and tell now. A lovely friend of mine has started a new venture whereby she is selling knitting kits in boxes which include everything you need for a particular project. She was very naughty however, when I said I'd buy a couple to kick start her venture, she sent me two free of charge ( with some Thornton's chocolate biscuits too! ) which I was very excited to open.
The wool is gorgeous to knit with and her instructions are so easy to follow. Very quick projects to make too ( it's just me that's so slow! ). You even get the needle to sew it up, the buttons if needed, some tissue paper to wrap the knitted item in and a lovely printed gift tag for you to attach. An absolutely fantastic gift to buy someone, or a kit to start yourself off with if you are new to knitting.
She had so many beautiful projects? to choose from. I went with the baby boy cardigan - I'm about to become a Great Aunt soon - although not sure what flavour the baby will be yet - and a neck warmer/mitts set because I liked the colour of the wool. Here, have a look yourselves... 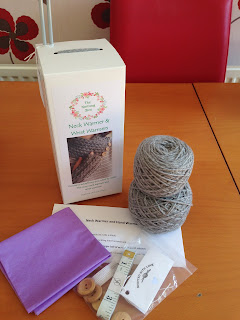 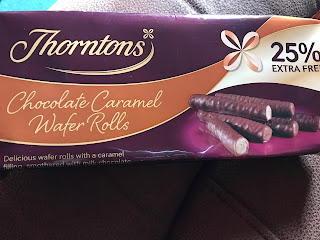 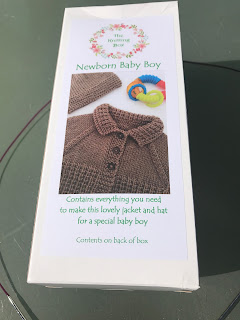 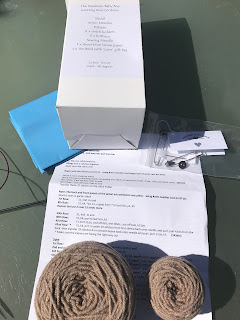 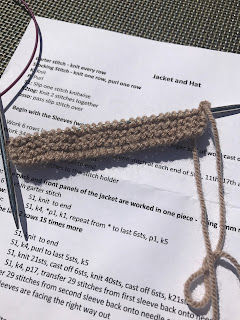 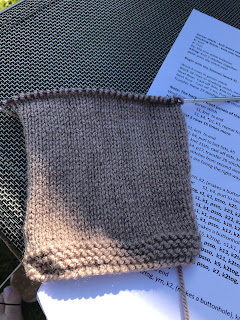 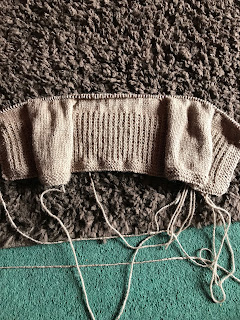 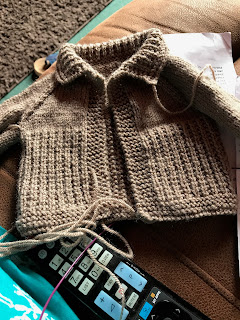 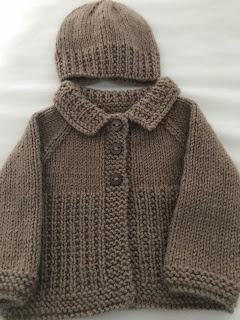 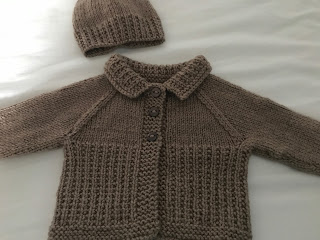 I decided to knit the hat band in the same rib as the cardigan instead of garter stitch as suggested by the lovely lady herself. It works a treat. That is, the lady suggested the rib instead. I just tried it out.

Sewing show and tell now. I can't recall if I told you this already. If I have, then bear with, my memory is shocking and it's so long since I blogged you might have kindly forgotten too. Well, since the kidney stuff from last year, the HG lost weight and his jeans kept falling off. So he was able to discard several pairs that were still in good nick. He didn't discard them very far. I snqffled them up and secreted them in my craft room. Months later, I blew off the layer of dust and decided to use them to make a pair of baby dungarees. 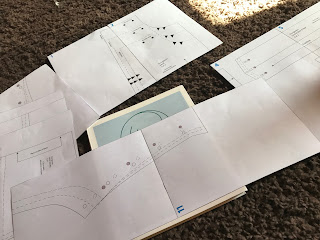 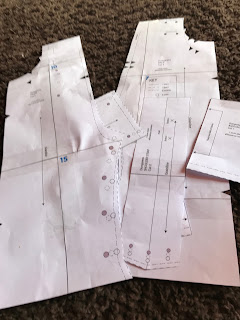 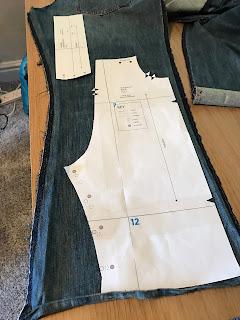 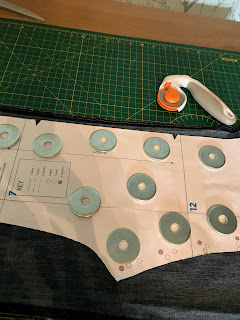 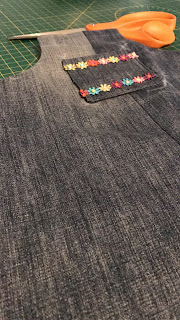 I got a free pattern on line, illicitly printed it out at work, laid it out, stuck it together and cut it up. The pattern was for two years, one year and six months. I went middle and selected the one year. However, the pattern was ever so just slightly too big, even reckoning in the generous one cm seam allowance. So cut again and six month size it was. Still a tad to big. So I thought, I know, I'll unpick the jeans and iron them flat. Perfect.

So I set about cutting out the material. Did I start with the Asda jeans? No, don't be silly. I went straight for the more spendy Ted Baker pair. Originally I had the genius idea of laying the fronts on one leg of still sewn together jeans, and the back on the other. Perfect. Good idea Rachel.

But now I had four separate leg pieces to go at, so I thought, very cleverly, I'll cut the fronts from the front and the backs from the back. Good idea Rachel again. I used my swanky new pattern weights and my rotary cutter. The pieces were cut out in no time.

No worries. I turned one of the fronts into a back, patchworked enough denim together to make a new back! All was well. But honestly! Me and my good ideas.

I'm rather pleased with them. I won't make the same mistake again! 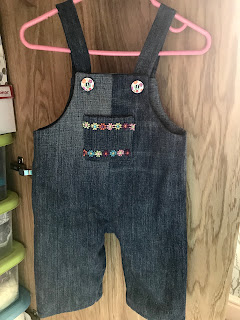 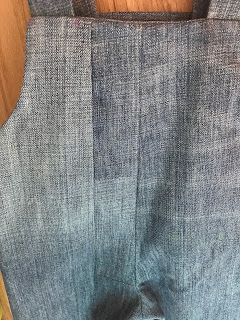 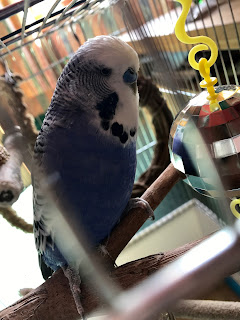 I'm away to clean out this chap.