What have I been sewing? 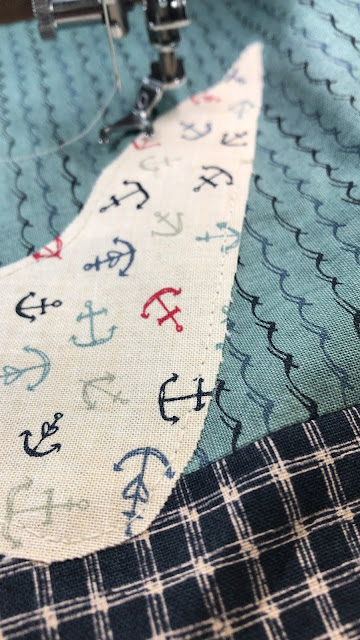 Well I thought I would document the making of my very first quilt. It is a gift for the HG. I bought the kit in 2017 from create and craft. It's by Janet Clare and called Great Gulls. I have started a tumbler quilt but that's on the back burner for now! But first I had a little practice at free motion sewing on my machine. I think my sewing writing is neater than my actual handwriting! I made this into a long mat for my  drinks of cold water at work - the condensation does leave rings! The puffin was cut out of some left over fabric I had and the denim was from my old jeans stash! 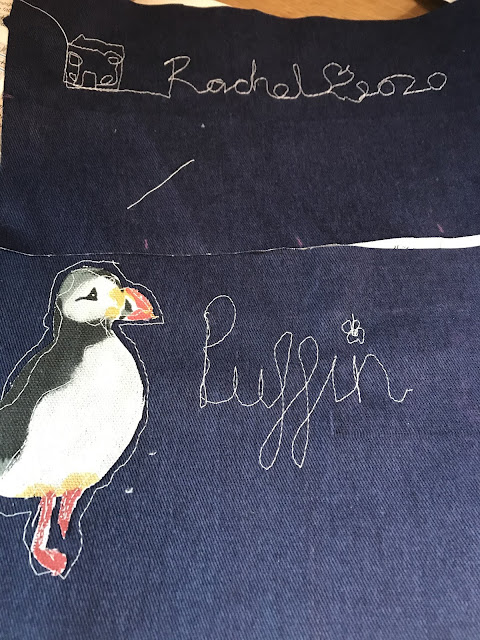 So, the quilt pack comes as a layercake which is 10' x 10' squares. So I began by sewing the squares together. 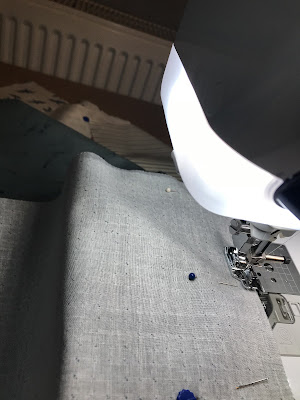 I then had some help from my willing helper. She was so helpful, with me laying the squares on the floor to check the layout I wanted. Helping is very tiring as you can see.... 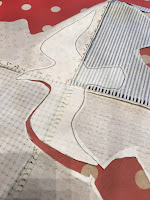 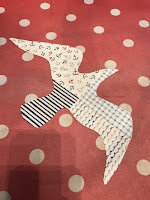 Next, using the template, I made the gulls, including my favourite one that I made out of patchwork oddments. 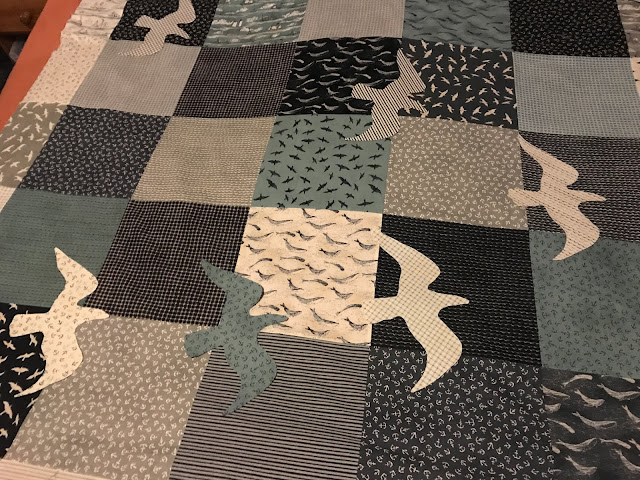 Quickly place the gulls on before the Helper comes back. 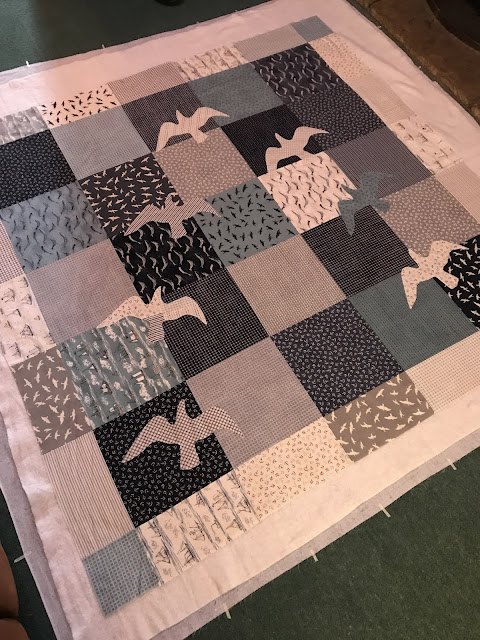 Locked the helper in her crate for the sandwich making! The backing fabric was an extra wide piece found also on create and craft by House of Alastair for the bargain price of £16 ish. 2.5m square! So no need for joining and I love how the pattern compliments it beautifully. I had ordered a cheap king size quilt in plain grey at first which would have equally have done but I really like this one.