My second born turned 23 today. He is now, tall, dark and handsome and a sweet, kind, gentle lad. He also is a black belt in karate, taught himself to play the guitar and ukelele, makes amazing Yorkshire puddings and flapjack and is funny as. Currently single. Not that I'm wanting to get him married off anytime soon!
His cake was baked yesterday. I used 8oz of my precious SR flour stock! I've maybe a pound and a half of each STR and Plain left now. I'm not bragging but I do have an almost full bag of bread flour left and some in date yeast!!
8oz flour, caster sugar and marg, 4 large eggs. I split the mixture into thirds. Once vanilla, one choc chip and one chocolate. Jam, buttercream, nutella buttercream and milk chocolate ganache was used. Milk chocolate to decorate, Cadbury's chocolate fingers and buttons on the top! I made a chocolate 23 and was done! We facetimed his sister to do the candles and Happy Birthday song! 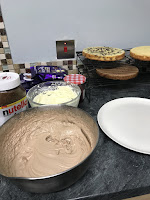 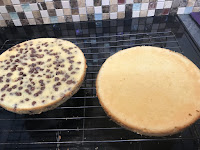 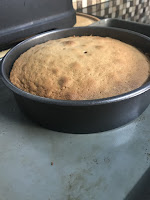 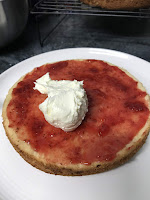 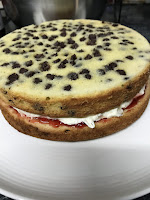 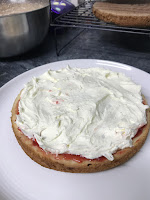 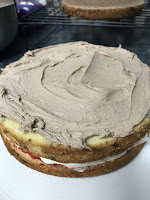 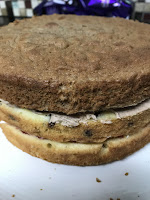 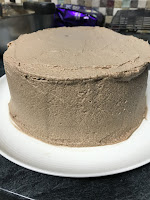 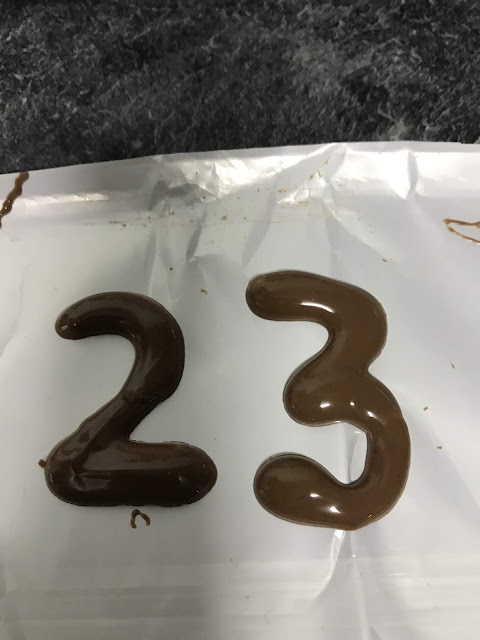 School was good today. Only one customer, but I rang approx 30 parents to do their weekly welfare check and it left me feeling warm and glowing to hear how grateful they are for the help we are giving them and how thankful I was to hear they are all fit and well. I am tired out tonight.
The HG took Bluebell for a walk this morning and she had a run in with a little black patterdale terrier. I say 'had a run in'.
The woman owner had 3 dogs, 2 on  a lead, one not. The loose one came over to B and bared it's teeth. The HG called B to him, she came, the black dog followed. The woman owner was calling her dog but mostly just carried on walking away. The black dog then 'went' for Bluebell, who jumped and squealed. The HG confessed to thinking about booting the black dog to kingdom come but he was a little too far away  as in he said his leg would not have stretched that far! and the owner did eventually get her dog to come to her. She got told off in no uncertain terms by the HG and I am glad he did. Bluebell seems unaffected by the skirmish, she does have a mark on her hindquarters which I have bathed in salt water and put some wound cleaner on especially for dogs. I will keep a close eye on it. Grrrr - other people's dogs.
We have just discovered Doc wotsit - I forget his name now - and will try to find series one to watch it from. Bloke out of men behaving badly is a grumpy GP in Cornwall. Wordfinding when I'm tired is none existent. I wouldn't mind but an advert for it was literally JUST on!  A remnant of the damage done when I was yellow I think. Plus old age!

Right time for a brew then bed.