Hello folks,
I can't believe I've been off for two weeks already! Been mostly pottering around. Need to have a huge bloggy catch up with you all.
I've been mostly having a lovely time pleasing myself with what, when n where!  I adore not being constrained by having all my daylight hours spoken for. I've baked, cooked, cleaned, sewed, socialised, faffed about, gardened, been out, stayed in, watched TV to my heart's  content! I've also been shopping a lot for remnants of materials. This creation uses some £30 per metre silk I got for £1! 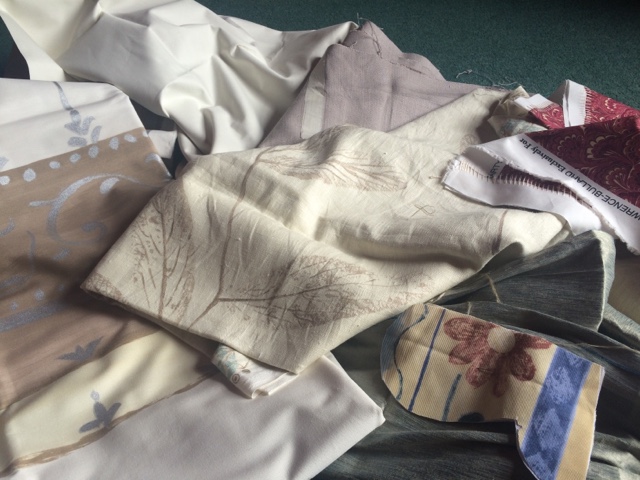 This lot was less than a tenner!!
Now I got an A in my O'Level Needlework back int black n white days. But I have not made anything from a pattern since. I've done plenty of repairs and alterations- just no creating using a pattern. I've some lovely patterns for dresses and tops for myself, but felt like I needed a bit of practice before letting myself loose on the pretty fabric I chose. Sew... ( sorry )
Remember this >>> 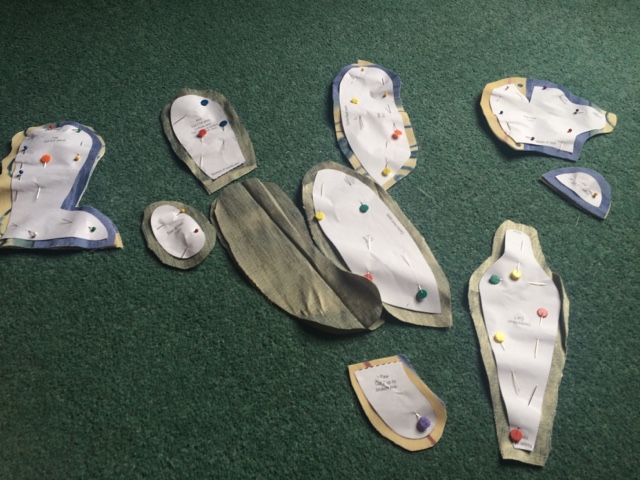 Well, I finally got around to using my new machine! It's amazing!! 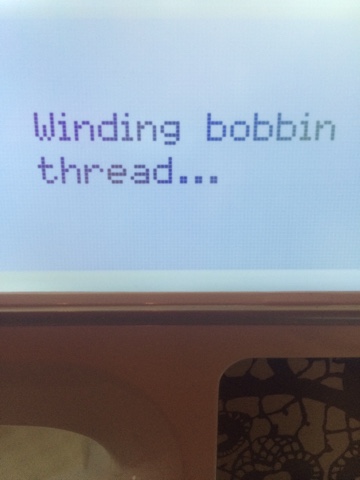 It has a touch screen dashboard thingy. Want to wind a bobbin? It tells you how! 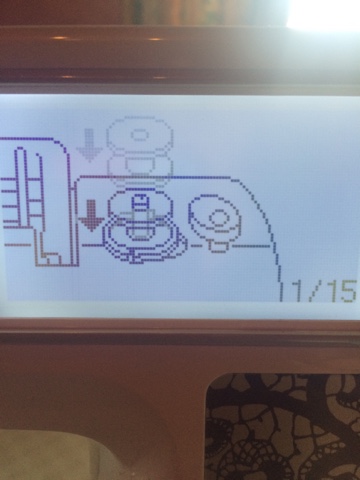 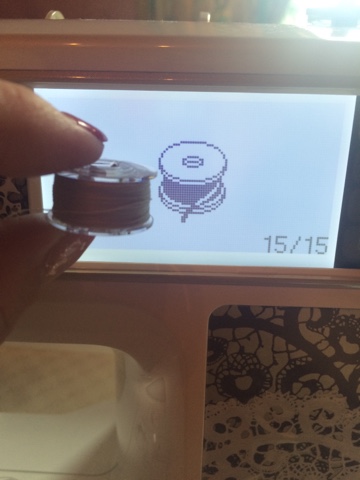 Ta daaaaa!!
You select your stitches and sizes etc from the screen and the first thing I sewed was an old tea towel! There is a speed control too! 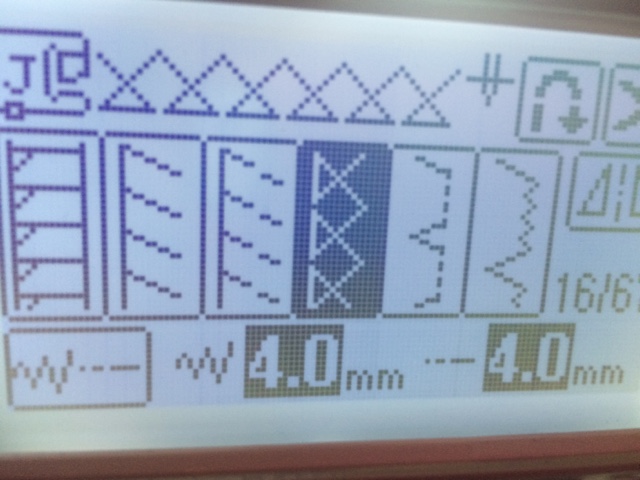 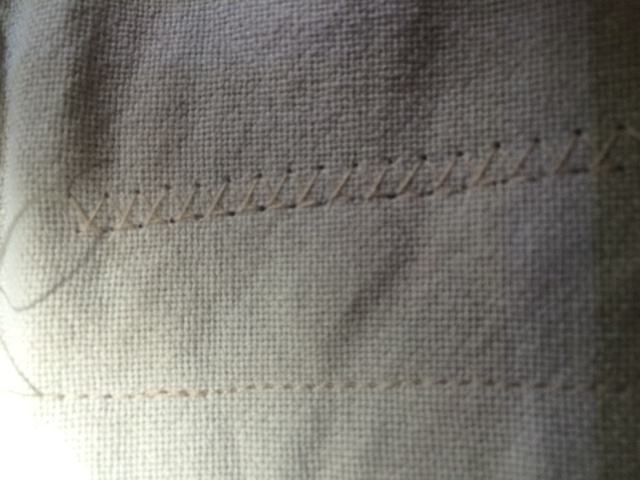 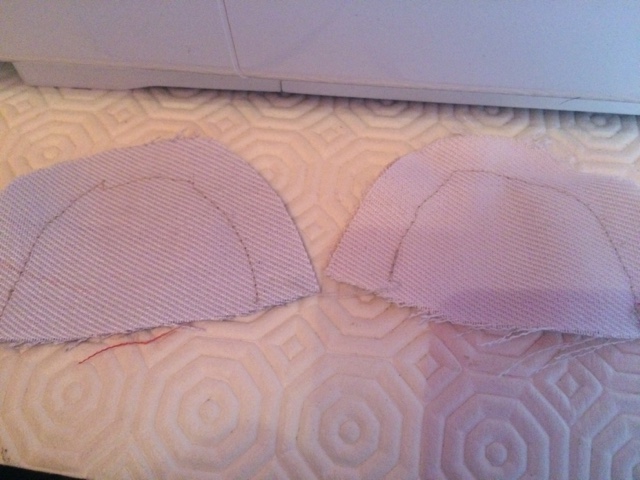 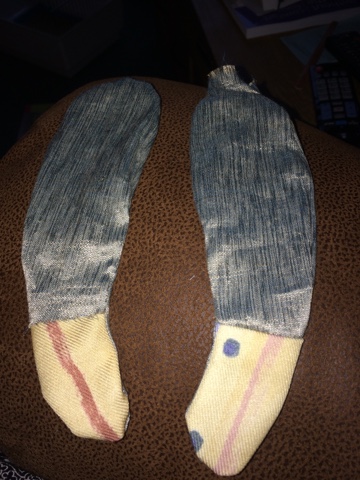 Little arms - made a mistake on paw 1. So unpicked it carefully. 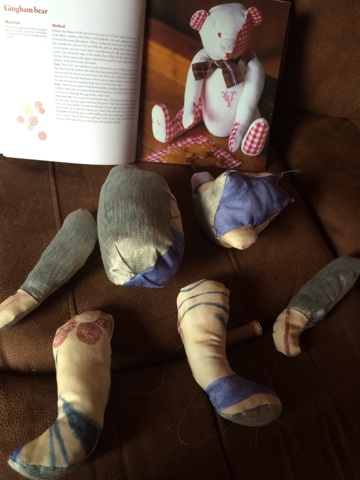 The pattern/bear it is supposed to look like- my bear has a withered leg, poor thing! The footpads were a real bugger to get right too, so I think he has different sized feet! 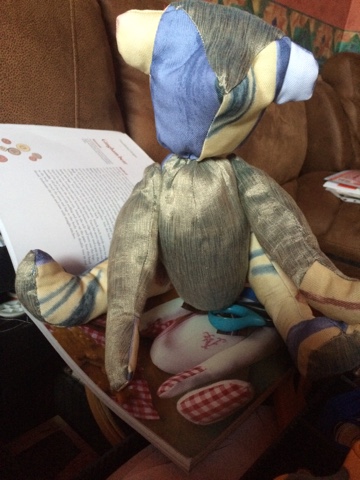 Here he is all cobbled together...pose able arms and legs!! just his face to do... 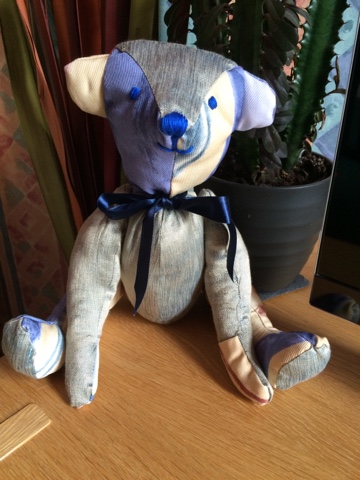 Meet Teddy the first! He's not as 'horror film' as I anticipated. I've learned a lot from making him. Already have had requests from people who want one!
He cost about 75p to make! The stuffing was out of the uni ones old unwanted duvet. The embroidery thread was some I've had in for years! I think I might make him a friend this week!
Right, I've knitting to attend to! It's been somewhat abandoned of late! I'll be back soon!
What've you been up to whilst I've been sewing?
Lots of love from
Rachel *loving being off* Radiostar xxx
Posted by Rachel Flowers at 12:57

Email ThisBlogThis!Share to TwitterShare to FacebookShare to Pinterest
Labels: Sewing