Things I was denied...

When I was growing up  into my early teenage years I was denied lots of things! For my own good! It's no wonder I'm a prudey Victorian type!!
1. Grange Hill
I was NEVER allowed to watch this as it was deemed far too unsuitable! This was when it was Tucker and Tricia ( how glam was she?! ) Thanks Google Images! 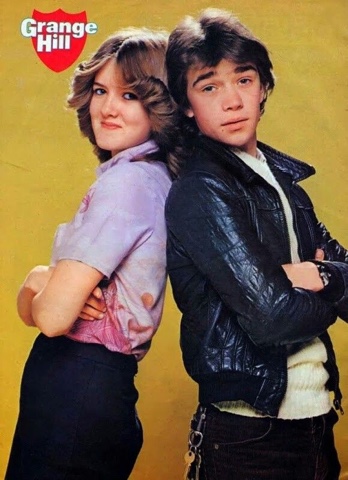 We were never allowed to watch TV at tea time, having to eat in the kitchen at the table. If my mum heard the theme tune she'd swoop in and turn it off or over and I could watch How or Magpie!
I did watch it in the Zammo years when I was a bit older and Mum was at work!! How naughty of me! But I've never done drugs! Just say No!
2. Jackie
This magazine was far too racy. Full of sluts and nonsense! Eventually after years of Bunty 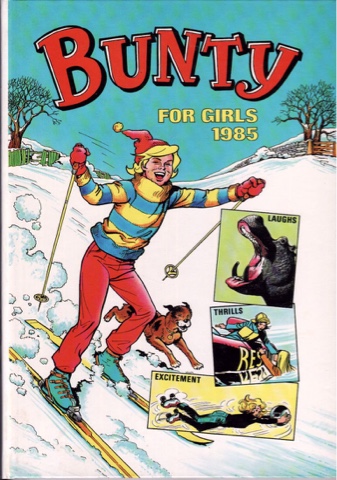 I was allowed Blue Jeans 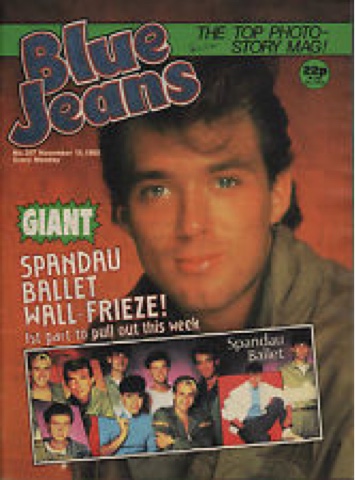 Oh thanks Google - I had this one as Martin Kemp was MY one true love and I had this frieze on my wall!
A much tamer version. None of the models in the photo stories ever got close to kissing and such like! Imagine if she knew I was reading Just 17 !!! That was VERY informative 0_o
I also remember buying the very first edition of Smash Hits magazine! I just had a quick look on google - I wish I'd kept them all! Could make a fortune on eBay! My mum of course wanted me to get Look In! Wasn't it great singing a long to the Top 49 on a Sunday night with the right song lyrics!! ( Then doing that whole taping thing - trying to decide when to take your finger off the pause button to cut the DJ off! )
3. Peddle pushers.
No reason given. ( Truthfully mum couldn't afford such faddy things) so I just used to borrow my cousins when I was a perma fixture there aged about 11. I did have a RaRa skirt though. But it was a three tiered knee length one, not the shorter one tier frilly one I wanted. AND my little sisters had the same one as me too. VERY uncool!
4. High heels
As the oldest I had to wait til I was 15 till I got my first pair, my little sister got her first pair at 12. Oh the injustice of it all!
Just a random little post! I've two iced mince pies left. It's half term tomorrow. Things I found in my kitchen last night: THEO!! He'd escaped again!! I nearly had a fit when I went in last thing before bed and saw something furry scuttling along the floor. Took my brain a few seconds to register it was him and OMFG not a mouse! He was scooped up by me and put back!
Off to take the boy to Karate!
Lots of love from
Rachel * singing Just Say No ( NO ), just say No* Radiostar xx
Posted by Rachel Flowers at 19:04