It feels proper to start a month on a Monday. The perfect perfect day to re begin a healthier lifestyle…except I’m going out for afternoon tea tomorrow with my friend for her birthday so maybe Wednesday the 3rd will have to do!

Have just lit a cheeky little fire log, they are a  great bargain I find for an after work warm! Not that I’ve been at work - half term week 2 and all that ! It’ll last a couple of hours but I will stretch it if we need to with bits of wood from our stores! 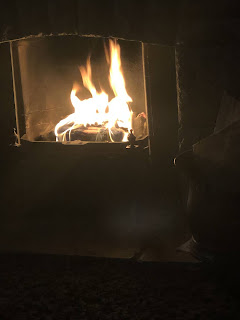 So I’m blogging this, by the light of that fire, warm toes and Christmas adverts on the telly!!! So I finally finished the gift , I’ve spent a good few hours on it and I hope she will like it - I will post a photo on my next post.

I cleared away some of the debris in the craft room ready for the next project. I have hoovered the stairs and landings ( ( makes me laugh to say that but I have two ! ) ), cleaned and tidied the lounge, dining room, kitchen has had a tickle as has the bathroom so after walking Bluebell this afternoon in between the torrential downpours, getting caught in just one, she had a shower and I had a milky coffee and I watched The Downton Abbey movie for the first time.

I bloody love Downton Abbey. It makes me sit watching the TV with a daft grin on my face!

Then the HG returned from work wet through, then Mr 24 came through the door and poor old Bluebs got fed an hour late! Well she is still on Summertime clock. It’s not her fault. She can’t tell the time except she knows to the minute what time 7am and then 5pm equals!

I don’t think I documented the pinafore I made using a Tilly and the Buttons pattern. It’s made from the softest brown cord and was simple to make. Miss 27 is pleased with it and I can’t wait to see a photo of her wearing it! 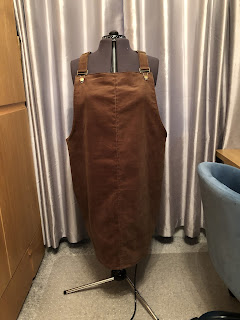 Here’s a few more of the floor cushion - they may answer a few questions I’ve been asked.sadly they’ve not come on in the order I wanted! So I will try and shuffle them about! As you can see I failed! You will also see my little helper!! 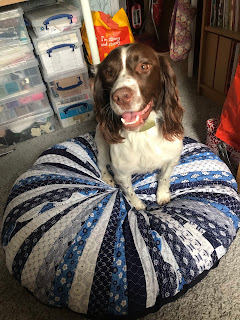 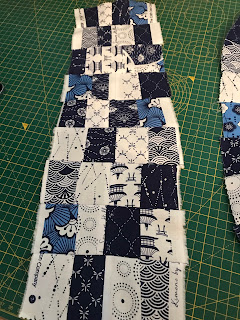 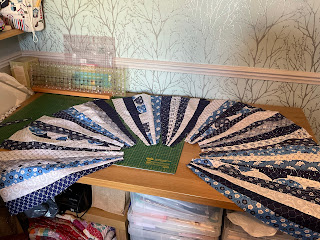 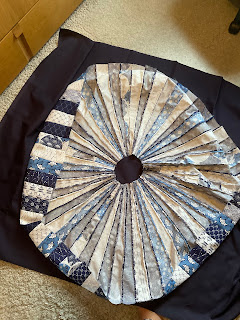 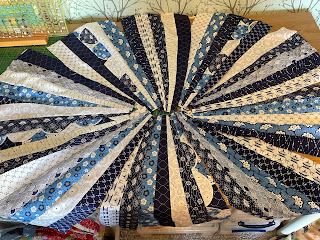 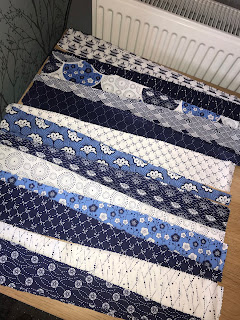 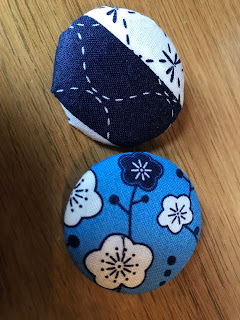 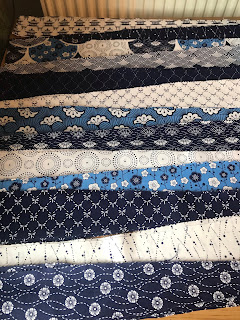 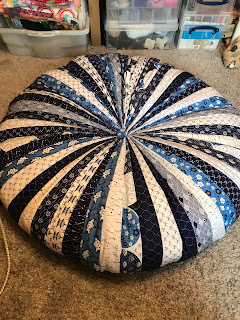 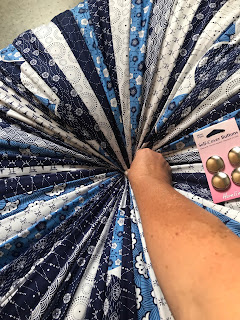 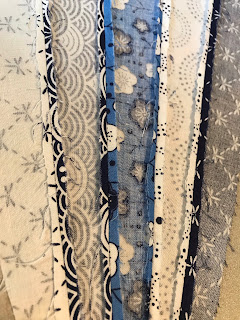 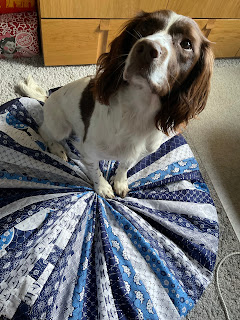 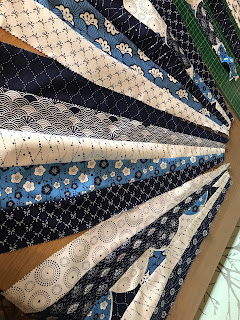 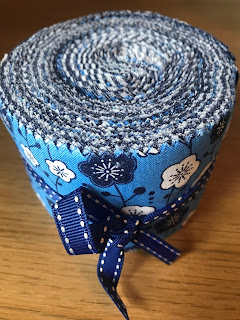 I used an Owl and the Sewing Cat pattern and a jelly roll of Stuart Hilliard fabric - I have no idea why it’s called a jelly roll but it’s basically just pre cut strips of fabric that’s probably more expensive to buy than just the fabric and cut it yourself! The strips were a little skinny for the pattern so I just cut the pattern a little skinnier to fit what I had and instead of sewing the 50 strips together, I sewed 55 together - patching some off cuts to make the 55th strip!!! I then bought some heavy cotton for the backing. The pattern says to fill with beanbag filling but I used leftover scraps of fabric I’e been saving, old bedding, pillows, coats and wadding I had. It weighs a ton!!!  It was hard to finish off due to it’s size and the hardest bit was sewing the button into the middle which is what hives it it’s lovely shape! I originally wanted to make a tuffet, but you basically buy a form and the casters and cover the form. The forms are expensive and I had the filling already so a compromise was reached! Eventually it will go in my bedroom but for now it’s living in my craft room.

I’ve not managed any more otter sewing today as I could have done some watching Downton but I was trapped by a sleeping Bluebell!

Simple tea tonight of pasta with cheeeeese. I know that I am heartily sick of hearing about climate change so will be avoiding the news. I’m not against it, I’m not for it per se. I do my bit and have been doing more and more to help the earth. I’m just over hearing it. It saddens me for future generations. And I think the idiots who superglue themselves to the road in order to protest need to find better things to do with their time. So a simple evening ahead for me of relaxing and being in ignorant bliss!!

Thoroughly enjoying the Hairy Bikers latest TV show. miss 27 saw them filming it and sent me photos from seeing them at Bamburgh Castle! She said they didn’t include the bit they saw. I also adore the Whitehouse and Mortimer fishing programme. It’s gentle viewing as is The Larkins. I’m loving that. Wasn’t sure at first about Bradley never off the telly at the minute Walsh being Pop but the lass who is playing Ma is AMAZING at it! It’s an hour of feel good escapism. Perfick !!

This was a 50th birthday present from one of my Ma in laws. It’s a little tea light holder. It’s just lovely. 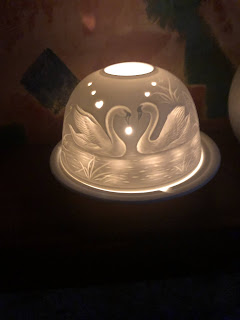