So sorry for my moany old post yesterday  ! One thought - MAYBE I AM THE AWFUL NEIGHBOUR!

But thank you to those who commented and comforted me! 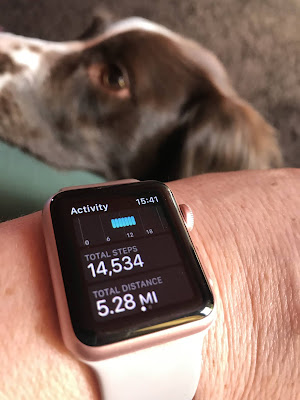 We walked 5 and a bit miles yesterday but I was not wearing my trainers or walking boots and I think my footwear contributed to incredibly painful knees last night ( still a bit sore this morning ! )  Before you think I was in stilettos haha they were my lovely comfy London Fly boots that I bought in an Amazon Black Friday Deal about 6 years ago - best £50 I ever spent - lovely brown leather boots with supportive sole etc but maybe not great for a sustained walk! Also the extra pounds I’m trying to shed won’t have helped.

So after the Escape to Pretoria film, we stayed with the theme and watched the remake of Papillion. Oh my stars, it is NOT a relaxing easy watch! Also based on a true story which I am

Not 100% sure we didn’t look at the book in A Level French. I didn’t know there was an original film but this remake was very good. If stressful and tense. The actor who played Freddie Mercury in that Mercury film is in it. I may opt for something more twee and upbeat for today’s film if we watch one!

It’s another lovely clear morning but oh so deceiving as it’s sodding freezing out. Mr 23 goes back to work today but the HG is off with me until Friday. We were ( pre knees )  - his weren’t great either!! planning on driving the boy to work then going to to one of our favourite dog walks. However I’ve  already said not today, after seeing the forecast as there’s lots of water and it’s far too cold for a soggy wet spaniel.

I’m going to carry on with a bit of my dressmaking after a very annoying start yesterday. I was being so careful with it but puckered it up properly!! Not an alternative swear word - when attaching one of the curved seams - the underside caught and puckered! I was not happy and may have said things like pucking he’ll fire  and I def tweeted much worse on my annoyance. But as my mum says swearing is not big or clever! I need to stop. And choose my words more carefully! 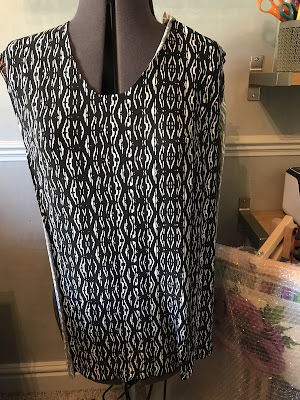 I did pull back the knitting - I’ll show you tomorrow.

And finally a silly joke that makes me laugh! 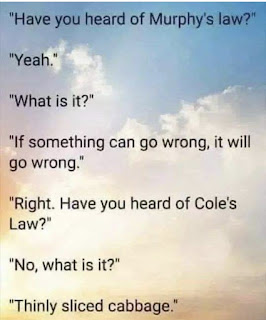