Well almost and for the first time in about 100 years I am not wishing January away! If anything, the year is going too fast. Another four weeks and it's half term! I wonder if, because of my SW stuff, it's the first January I'm not in that cycle of new year new me oh I've already failed by the 2nd! Or if it's wanting to put off the next worry-ct scan -results cycle that's coming. ( It's definitely that. )

My first week back at work was difficult. Much paperwork and the aftermath of Christmas! Also we were not back in our usual routine! Plus hours at the computer irritated my shoulders. I do want to blog separately about my shoulders. But it's going to be a long and very whiney post so I'll warn people in the title.


I want to document a particular Christmas Present I received from a pupil. Annoyingly it's at work and I can't take a photo to show you. This pupil had embroiled some work chums in this present all without me knowing. I had no idea about it. So it was the day before we broke up and the pupil asked me if I had a few minutes for them. Of course, was my answer. They brought their teacher in with them.
Then I was told the pupil had been working hard on something and they wanted to give me it. The pupil then took out a 'book' ( about 6 sheets of A4 folded in half and stapled ) dedicated to me.
They then began to read a story poem they'd written. It was the most shockingly awesome thing ever ever ever I have had happen to me in all my 24 years at work. The story started and I'm summizing it for you.

'Once upon a time there was a pupil called X. This pupil was hating school, frightened to come and it was because they were getting bullied. This pupil went to see Miss Radiostar. Miss Radiostar listened and took me seriously. She had a smile for me and I felt safe. She told me what to do and she sorted it out. She really sorted out the bullies more than any other teacher had done. I now love coming to school. I'm not frightened. Etc.'

( Bullying is a very strong word to be used in Primary School and we really do take it seriously, children and parents will call a bit of falling out bullying etc but when something happened over and over and there's power being held over another then it is true bullying. This is what had been going on under the radar by some really sneaky, clever pupils until I hauled them in and I didn't ask a single thing. I 100% believed the victim. I told them straight they were bullies. What they were doing was bullying. I got the head and then the parents were brought in. They tried to deny it but thankfully their parents were shocked and appaulled about what their offspring had been doing and thankfully it was sorted. It's never happened again and the bullies are no longer that. )

Anyway the poem then went on about how much I mean to this pupil and how they will never ever forget what I did for them. How I make them feel because no matter what I always have a lovely smile for any children at school and how I always care for them etc etc. It got a bit much and the pupil got so choked up and emotional reading, the teacher had to take over. I was in tears!!  I do feel valued and appreciated at work but this one particular afternoon totally knocked me for six and I know that in my job I'm doing the right thing!!


In other news. The HG and I went to Gretna Green. But only to the outlet village! I spent the Christmas money off my Ma in law on a new coat. It's beautiful. I rarely spend Christmas money on myself. I mean to, but it then gets used for household stuff and I never 'put it back' but this time I did. I was supposed to be getting a waterproof. But even in the outlet shop, whilst I'm mid SW journey ( rolls eyes at that j word ) they were too expensive to contemplate. I shall do a charity shop search instead. But this coat had my eye from the minute I walked in. The one in the window was black and
beautiful but the navy one in the shop had me stroking it. I checked the size, too small. In my head
.I'm still the same as I ever was. Anyway I thought let's try it one. To my amazement the zip went up and it wasn't too hideous! It's a padded coat. With embroidered flocking. Hahaha it sounds revolting! It's from Roman Originals. It was down in the sale and the nice shop lady gave me a card for an extra 15% off, so it would have been rude, frankly, not to buy it. So I bought it. Then, rather like when I was a little girl in the shoe shop, I asked the nice shop lady if she'd take the tags off so I could wear it!!
I wore it into town yesterday and must have had 93 compliments! I saw a lady in the black version of the coat and we smiled knowingly at each other!!! 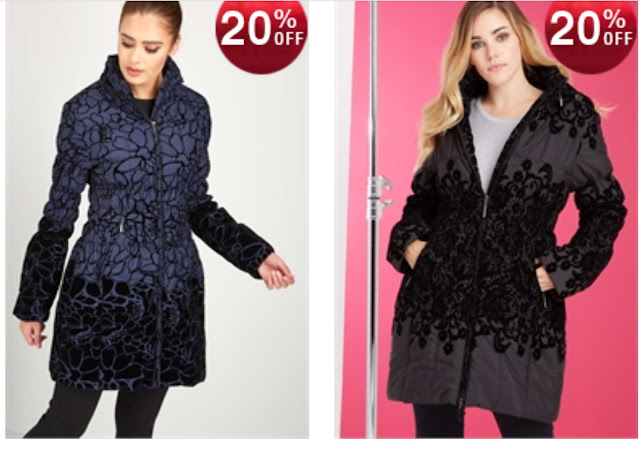 This is neither me nor the lady!! 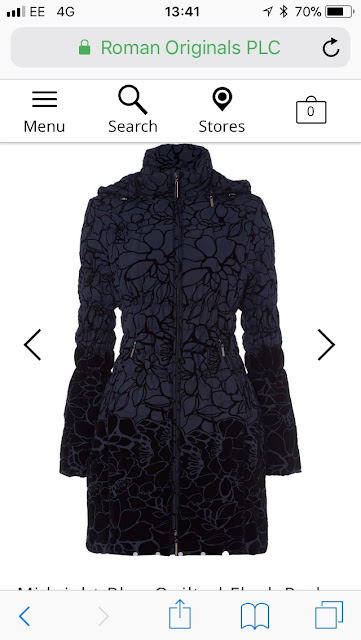 I also faffed about with spare baubles I had, some glue and polystyrene and voila! All ready for December. It's so beautiful! Even if I say so myself. 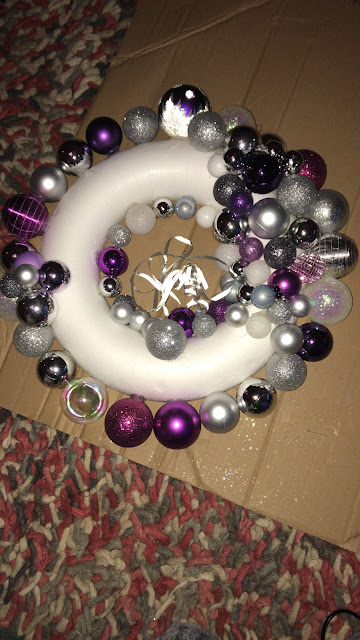 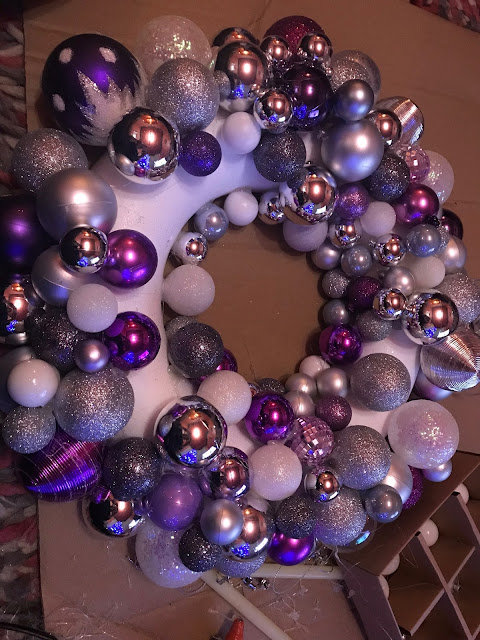 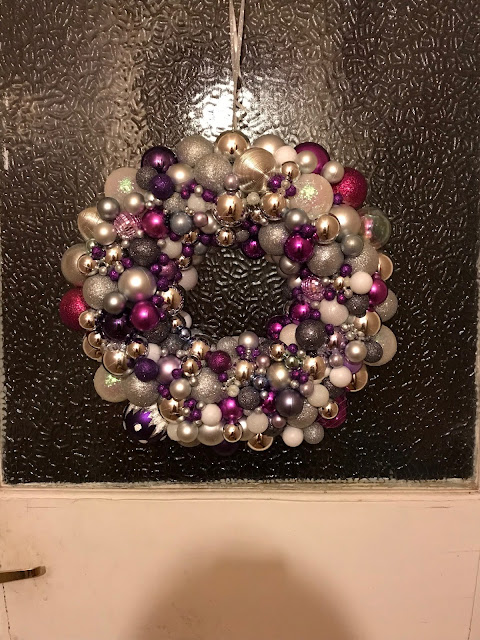 I spent yesterday sorting out my floordrobe and finally Put. Things. Away. Job done. That's so I can spend most of today in my craft room. I'm going to have a bash at a jelly roll tuffet. 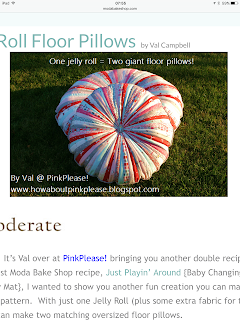 The last thing I made was a ginger bread lady for my friend's daughter's 21st. She was over the moon with it. I tried to deChristmas it so she can keep it up year round. 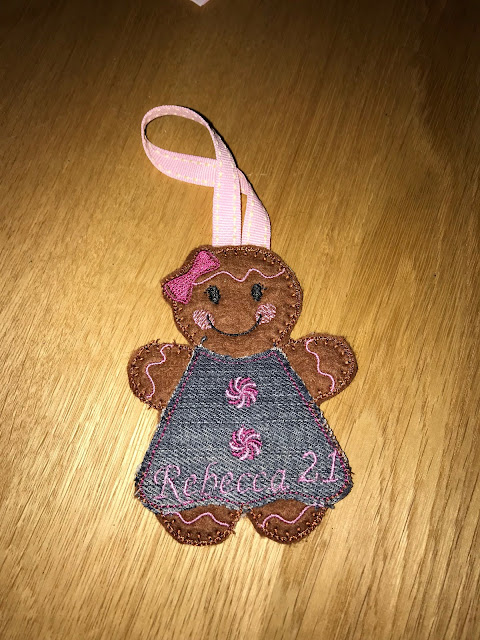 Right, it's 7.25am on Sunday morning. I'm going to lounge about for a bit and watch create and craft tv. There's a quilting classroom programme on at 8 and I love Jenny Rayment who presents it! She's quite stern!

Rachel *happy to be in January mode* Radiostar xx