Saturday again! Blogging from my bed!

Monday - I was mostly doing Young Voices! Set off from school at 11am with 7 other staff members and 71 excited cherubs. We got to Manchester about 1pm. I still call it the MEN Arena. I've no idea what it's called these days but because Young Voices was celebrating its 20th birthday, 'they' renamed it as the YV Arena for the day.
Three hours of rehearsals ensued. Then tea then the concert! 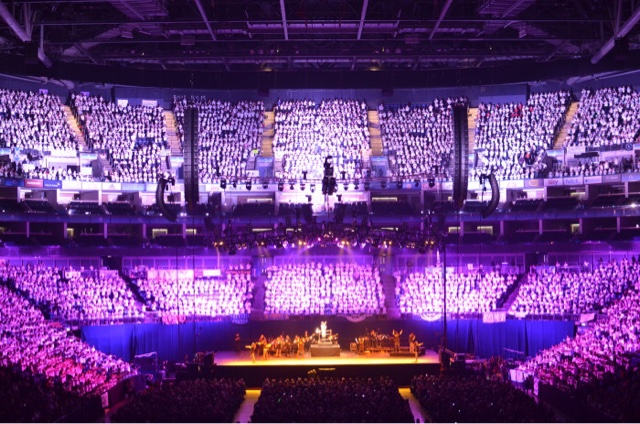 Can you see me? I'm the one in the white t shirt! We were on the lower tier just left of the conductor. We got home at 11.25pm. Knackering but awesome day. I partied harder than the kids! 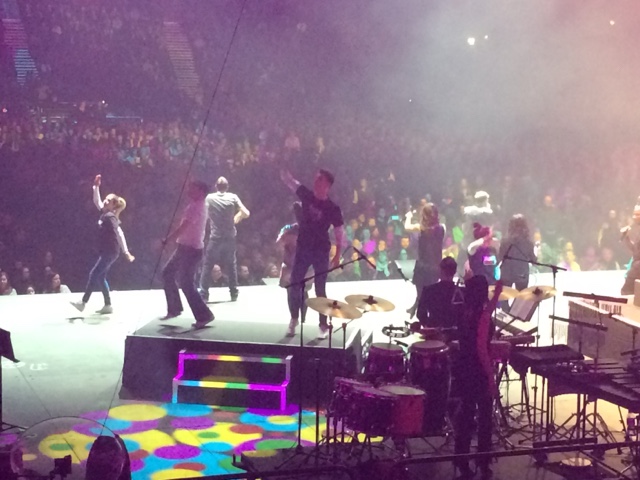 The girl who opened the Rugby World Cup in London last year Laura something was there and we 'hoooo AAHH'ed our way through her World in Union song! That was awesome. An up and coming popster by the name of Tom Billington came and we sang his song Invincible and the we all joined in with MY song - Video killed the Radiostar!! Also awesome! We also sang Everything is Awesome which I think is the Lego Movie theme tune. That was pretty good!! 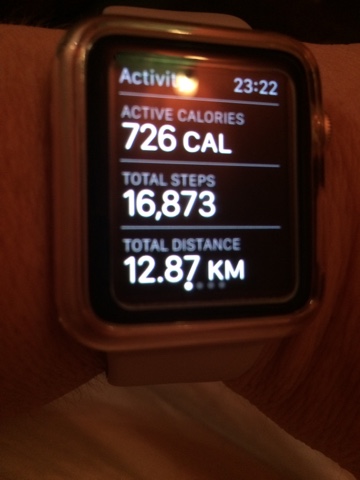 Look at my stats!! The majority of those steps were taking cherubs up and down the hundreds of steps to the toilet!!
I am so unfit, the next day, I could barely move my arms and my knees were killing me!
Tuesday - I was mostly doing whining about my achey arms. You see, I was truly in  'dance like no one is watching' mode. Turns out, the parents who'd bought tickets, had also brought binoculars and there was a three way bet going on, split betwixt me, my work chum who'd organised it all who was next to me and one of the other teachers ( also a work chum! ) sat further back, about who was giving it the most welly.
Hmmmm.
In the evening it was the usual karate night run and when we got to the HG's Mum's. This was on her doorstep. 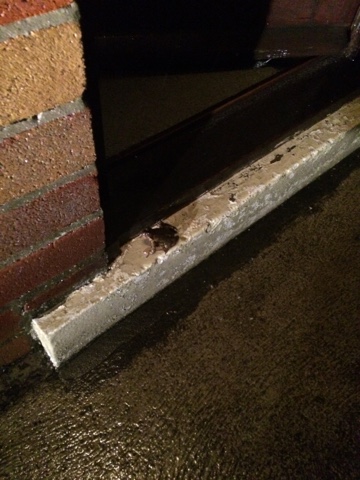 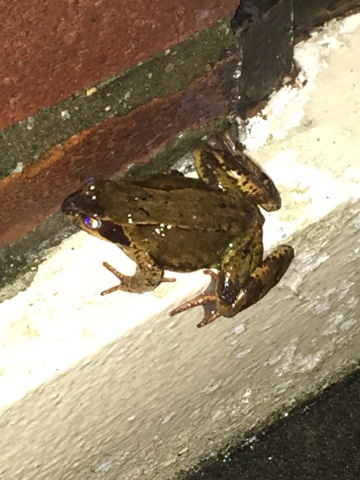 Awww! I said ooooh, your prince has come! Quickly invite him in and kiss him!
She ran back in the house, almost slamming the door in our faces, screaming
OH BLOODY HELL DO NOT LET IT IN!  A tad over dramatic! But equally hilarious!
Poor little froggy must have got the message, because he was not there when we came out!
Wednesday - I was mostly doing the bare minimum! The tiredness from Monday caught me up, so it was a bit of jigsawing and telly and bed after work. 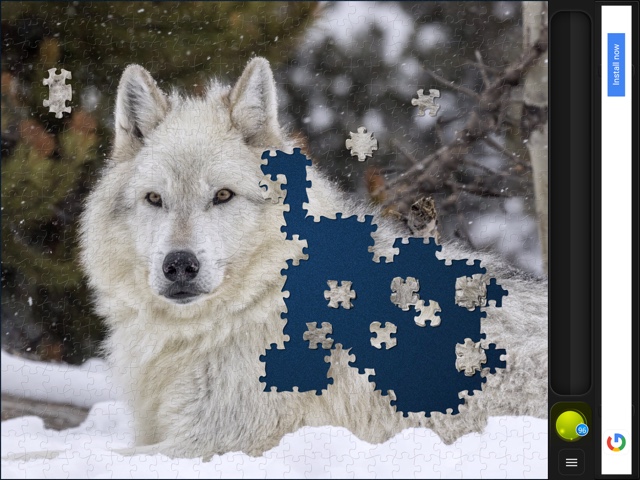 Thursday - quote of the week from a sweet little cherub at Night Owls
Child: ( clutching throat ) I've got a sore throat.
Me: oh no, has it just started hurting? We'll tell Mum when she gets here.
Child: oh, I think I know when it started. I was practising singing for the concert at school and it was really high.
Me: oh right, which song?
Child: it was really high. The Lightning Tree. I think I hurt my voice singing it.
Me: ( starts singing the high la la la la bit from the Lightning Tree ) ( quite high! )
Child: no, it was higher than that. ( looks around the hall )
Me: ...
Child : see that? (Pointing high up towards the ceiling ) see that pipe up there?
Me: yes, I see it.
Child: That's how high I was singing.
Me: ( on the inside ) hahahahahahahahaha
Me: wow that IS high
Child: nods solemnly
Friday - I was mostly rejoicing! Last day at work! There was snow to contend with. And cherubs high on snow to contend with! But I'll show you my latest present from my wonderful HG who spoils me for no reason!
He got me a floor standing frame holder, so when I'm sat in my Crinoline, in my high backed chair in the window, sewing will be so much easier!! 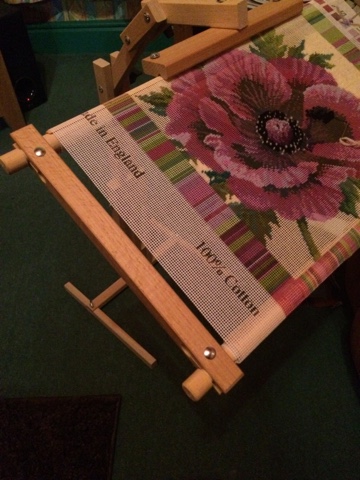 Saturday - that's today, I'll mostly be washing, cleaning, reading blogs and being craftsy! It's sunny, so I might even go for a walk later on. It's also both of my little sisters' birthdays. One of them is 40. HOW CAN THIS BE???? I sent them this! 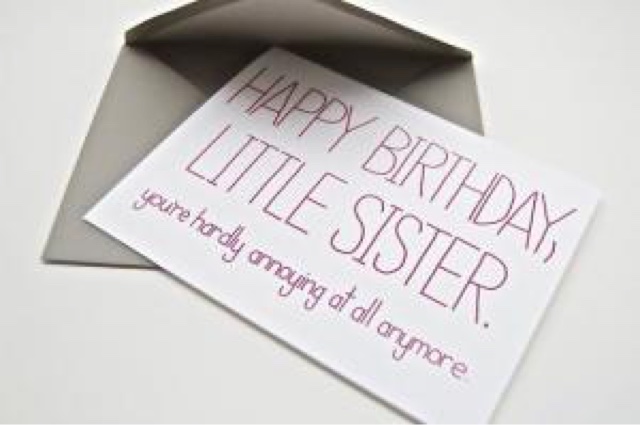 Hope you are all well in your worlds and have had a great week!
Lots of love from
Rachel * best get up and start the day* Radiostar!!
Posted by Rachel Flowers at 09:45