Huzzah!!
Last night I stayed at work for the Junior Disco. The day passed slowly as my class were having a 'bring your own toys in' day. Two cherubs were most put out that their taller than me plastic uzi sub machine nerf guns were confiscated upon arrival,  being deemed inappropriate and unsuitable and not on the list of board games and non electronic activities they were allowed to bring in from home!! It was just a very loud day. They all really enjoyed playing the different games together until about 3pm when they and us staff had. Had. Enough. They also squeezed in a viewing of Home Alone. The best thing for me, was watching the faces of the handful of children who'd never watched it before!
Then I went to Night Owls and most of them went home to get prettied up!
I'm really pleased that the year six kids turned up looking like year six kids and not street walkers and gangsters. I only stuck it out til 6.30pm, it was too loud,  abandoning ship to go looking at Sainsbury's. 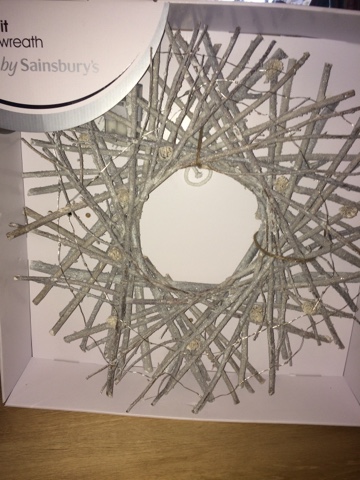 I've had my eye on this since mid November but no way would I spend £25 on some twigs and wire, but when I looked at it last night it was half price!normarily I'd be shrieking "£12.59 for some twigs and wire???" BUT  I was post disco day. In full on *FIM. 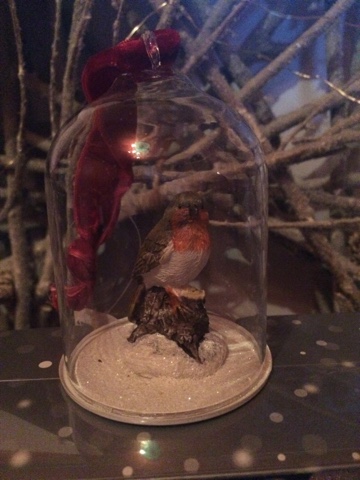 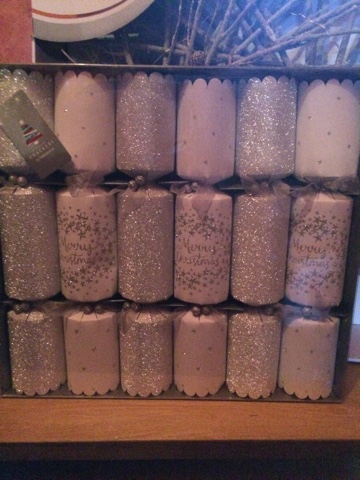 and some half price fancy crackers for my table.
Not to be pulled mind, just to be looked at! Don't worry, I looked at some other half price crackers 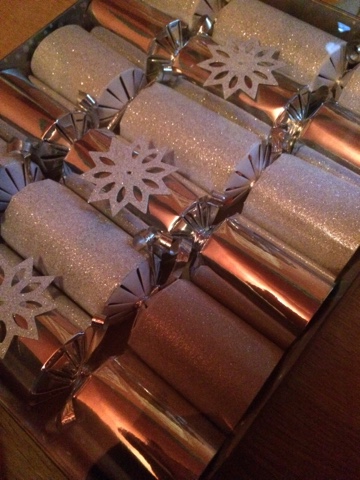