End of Half Term

Hi folks,
I'm already for Halloween seeing as I woke up looking like Alice Cooper. This is because I went out yesterday lunch time for my friend's birthday to the pub. The food was beautiful. I had

"Chicken Trinchado (GF on request)
Brought to South Africa by Portuguese settlers, a dish of diced chicken breast in a thick brandy & cream sauce with a healthy kick of spice, served with artisan bread"

It was absolutely delicious. It came with a hunk. Not an attractive man. A hunk of soft fresh bread and I had a side order of triple cooked chunky chips. This was washed down with two bottles of prosecco, between three of us, the other was on cinzano and lemonade! We do call ourselves 'the coven' and we cackled our way through lunch very raucously indeed! I never drink! I was quite entertaining I thought! There was much laughing at our own jokes! I had a baked Alaska for pudding! It was bloody delicious! One of those things I love but can never be arsed to make at home.


As it was a special day, we'd got dressed up and I wore make up. I never usually bother with it because, as this morning's Ailce Cooper reflection shows, I can never be bothered to rake it off again! I do mean rake as the polly filla has to applied thickly enough to cover the wrinkles!


So the laughter and the prosecco had me giddy enough, but when we left the pub and wandered down the road to our friend's house, the birthday girl opened her birthday gift of Toffee Vodka. This stuff is lethally moreish. It smells and tastes like heaven. I could imagine it on cakes in the icing, on ice cream, in chocolates. It was smooth, toffee caramel looney juice! There was only this much left between two of us! 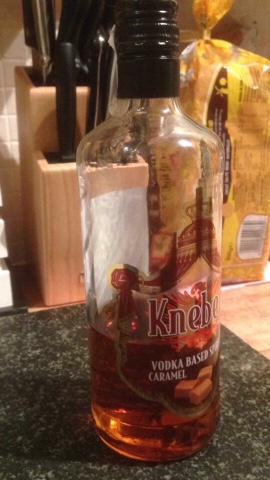 One of us didn't like it and the other was driving so couldn't indulge!


Much more laughing was done and I'm afraid to report that yesterday, I was *that* drunken woman on the bus in the afternoon that we have all encountered at one point!! I staggered home at tea time. The house was in darkness. Miss 21 was at work, the HG had already phoned to say he'd been stuck on the M6 for an hour already and the boy, who never goes out, had. Gone. Out!! My keys were helpfully on the dining table. So yesterday, I was also *that* drunken person who leans on your garden walls!! Except it was my garden wall! I didn't have to wait long though for the boy to come home and let me in! I was in bed, fast asleep by 8.30pm! I rallied long enough to make the HG a bacon butty for his tea before dozing in front of the rugby!


I woke up at 2.30am, couldn't sleep so played candy crush on my phone for an hour til my eyes closed again and slept till 6.30am. It's been a glorious sunrise. I'm hungry. I look like an extra off


I think we are popping back to Gretna and that garden centre but we are definitely NOT going for a brew in Thornton's!


I cannot believe that half term is done! I didn't do half the stuff I wanted to. It's INSET day on Monday, so no children in.


Before I go I want to show you my new favourite thing.


I've been sorting out some of my sewing bits and bobs. 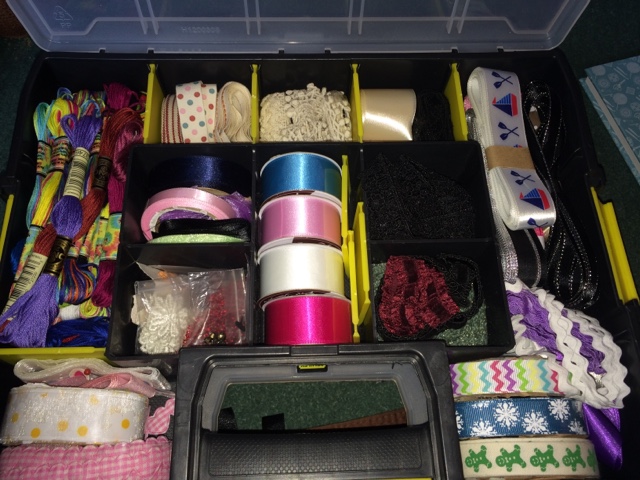 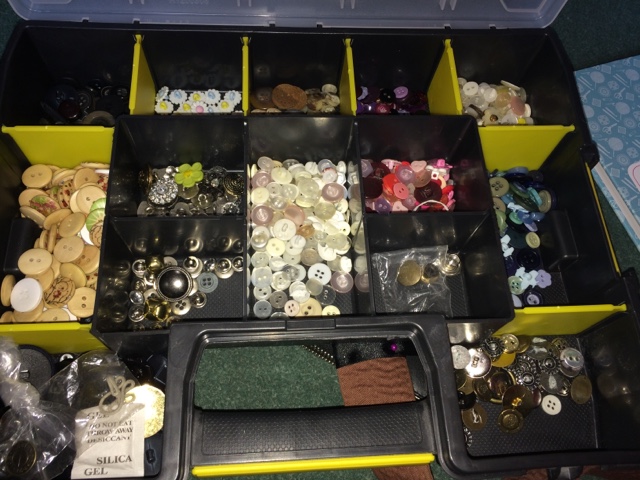 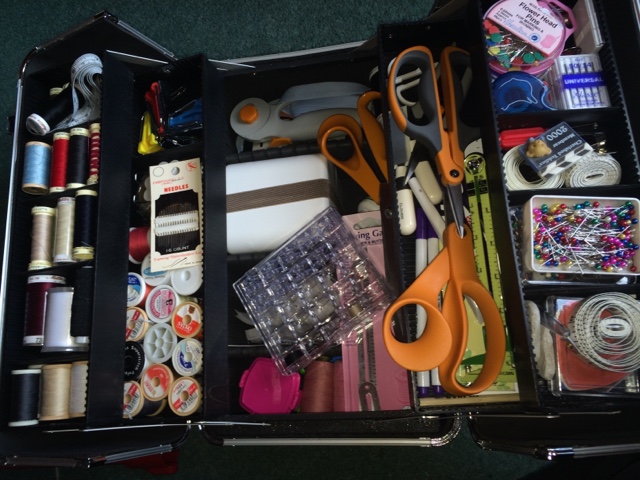 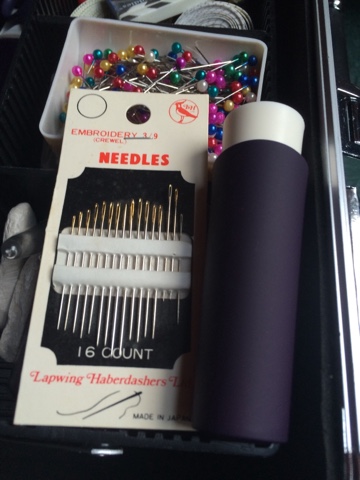 Is that a lipstick next to the needles? 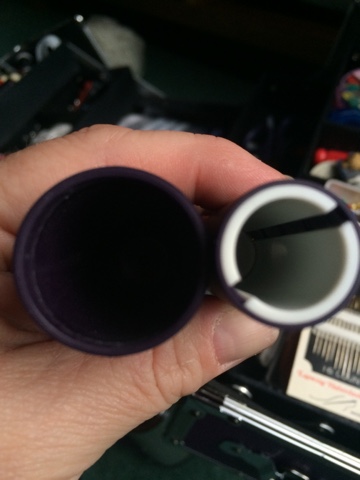 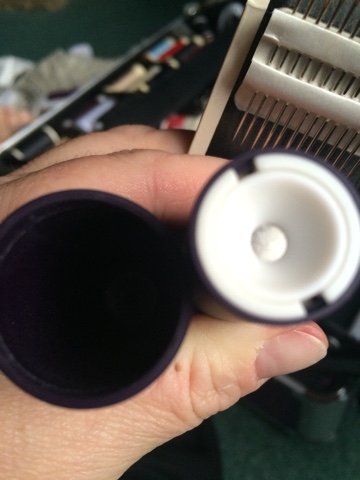 It twists up like a lipstick, but there's some metal inside.. 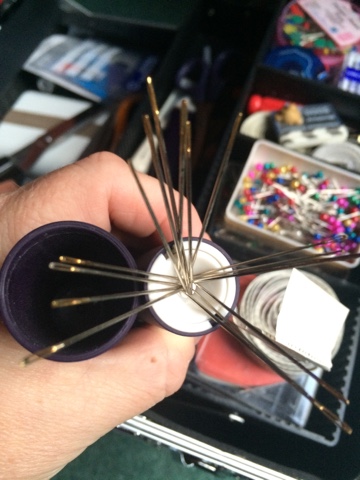 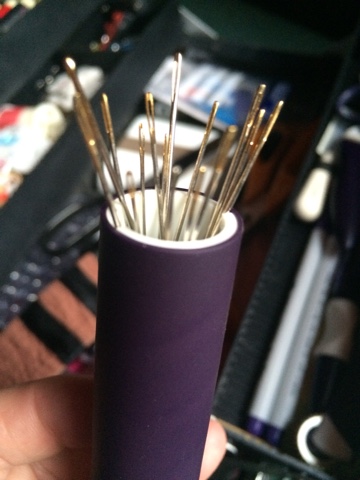 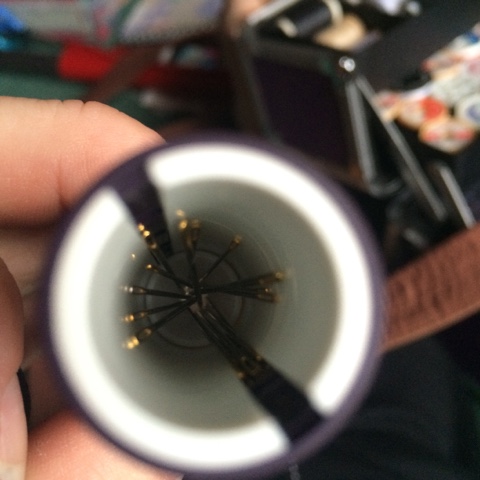 Ooooo it's magnetic!
And it twists back down..
I love my new needle storage!

If you all knew what it was anyway, please bear with! I'm a bit behind when it comes to new fangled technology! ( you can see with how today's post looks! I have no idea how it's on a white background!! ) Just need to find all of my other needles to put in it!


Right am off to have some apple and blackberry pie and cream!


Lots of love from