Sunday & a photo of Harry for Fostermummy!

This post WAS started on Sunday. It's now Thursday and I am ignoring cleaning the bathroom in order to get it on my blog! I should go through and change the tense as it's now very past! I shan't be doing however! Right a few more pics to put on then hit publish :) I did do tons of laundry - but the basket is overflowing again. I didn't bake. I haven't begun the knitting. I really do sometimes resent how work gets in the way of free time! European Junk Mountain got a bit higher.


Today is the day I get the back to work blues. My freedom will be halted in it's tracks.
So I quickly write this as I listen to the neeeeeyooooommmmm in the background. Mr Radio watching the Grand Prix on BBC1.
The sun is shining. I am going on a laundry hunt as it is a good pegging out day. I am also going to bake as my dishwasher is fixed so the clearing up is so much more pleasurable. I have a new knitting project in mind. Also I will finish the sorting out of the European Junk Mountain in my room!

Yesterday I re posted the story of Harry's birth. Fostermummy quite rightly said he is gorgeous so I am going to post a few photos of him here taken throughout his first year.
Warning - you will be reduced to ahhhhs and the urge to pick him up and just cuddle him. He is just so beautiful - as all babies are - but because you know he is fighting a battle not many have to contend with, it makes you want to snuggle him a little bit more.

I am sure Lisa will tell me if they are out of chronological order but here he is ..

But he did and here he is after yanking out his feeding tube for the nth time! Little monkey! 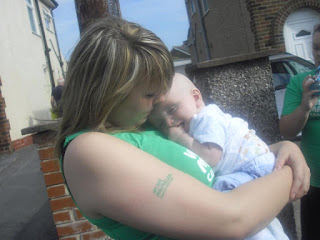 Here is Harry with MY beautiful daughter who selflessly organised and completed a triathlon to raise funds for MacMillan - the just Giving page is still live and active on my home page. 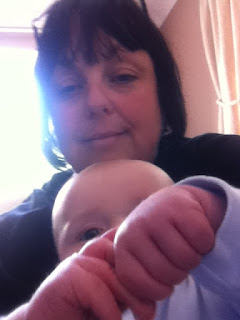 This was taken on July 1st 2011 - the day of MY diagnosis!
My common Bile duct was blocks and I was slightly jaundiced and on the cusp of just about the worst six months of my life.

Here is a photo when we went to Birmingham in the summer. It must have been after I'd been in Hospital and I was recovering still. Here his hair still hasn't grown back and he still had weight to gain. He was also very weak - could  roll over, lie on his tummy and hold his head up - but not for long. 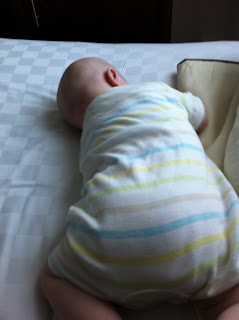 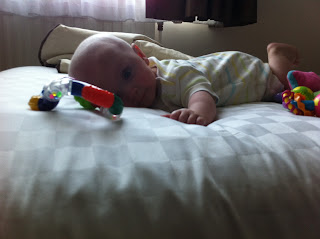 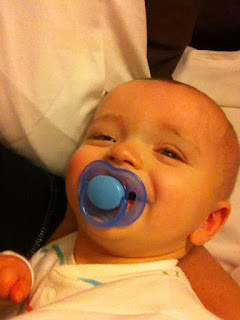 Here is in in bed with me having early morning snuggles! So smiley - yet an hour later he was in theatre :( 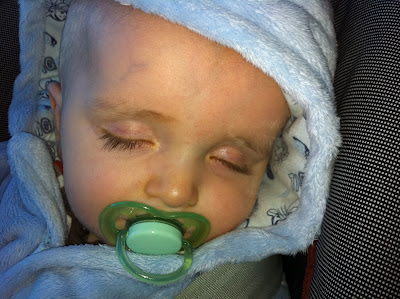 This is on the way home - I love this photo - look how beautiful he is and look how long his eyelashes are! 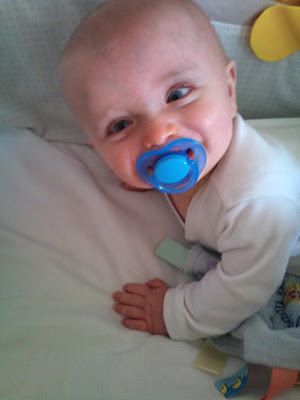 Here he is all cheeky having just woken up. 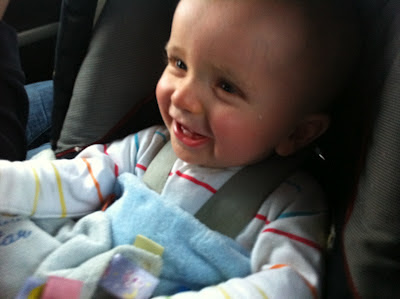 This was taken on yet another journey back from Birmingham Children's Hospital, which is where he goes to have his laser treatment. 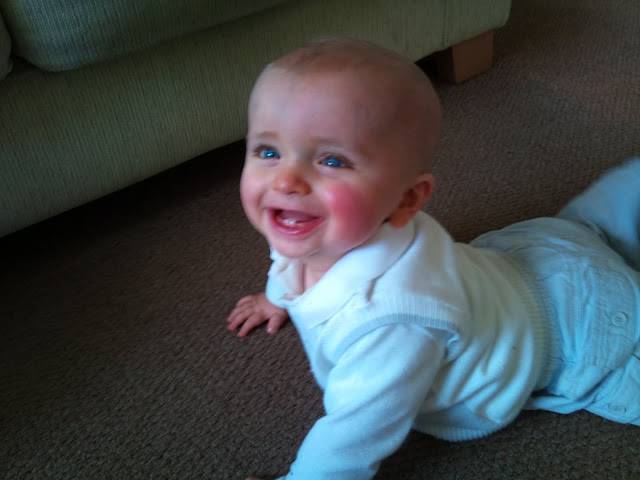 Here is the birthday boy. A very special day as he was baptised too. 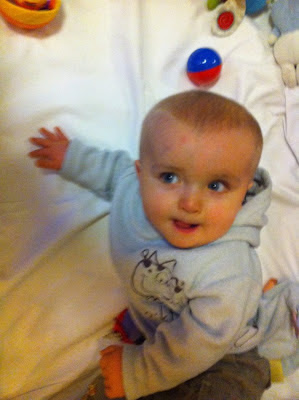 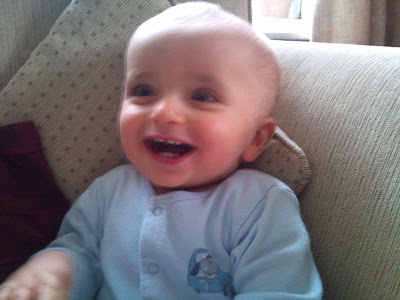 Here he is a few weeks ago showing off his gnashers! He will bite and giggle wildly if he can! 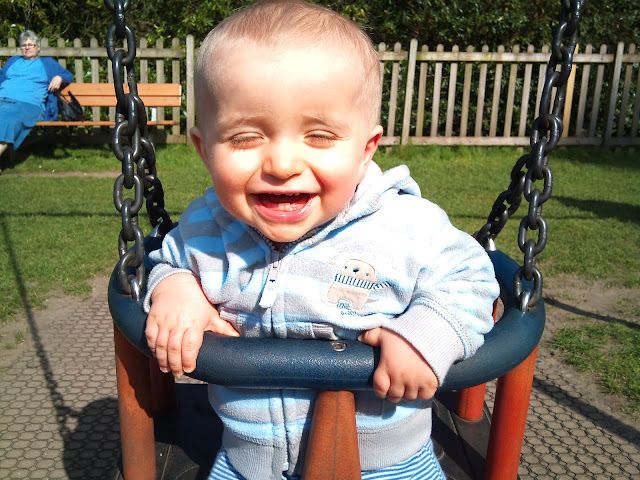 and finally , loving life in the sunshine, his first time in a swing and we are all thankful he is here to be able to do that. He is the most lovable little darling ever. SO squishy and snuggly and cuddlesome and I'm not even just saying it because I am his Aunty. O well ok, I might be!
I hope you have enjoyed seeing Harry's first year. He still has a long battle with effin cancer. Follow his mum's blog and his story as she tells it as it is. Lisa's Blog - Harry's Journey
Posted by Rachel Flowers at 16:54

Email ThisBlogThis!Share to TwitterShare to FacebookShare to Pinterest
Labels: Harry