Today, we travelled for two hours in the filthy rain to f i n a l l y go collect our brand new puppy. She is perfectly adorable and I am head over heels deep in puppy love with her. She’s been responding to her name, playing ‘find it’ and ‘fetch it’ perfectly and enjoyed some extremely stinky puppy treats for going in her bed. I write this after a few fraught 10 minutes stints of her crying and yelping but I have been strong. She has the blanket and towel that will smell of her home and a new teddy that I’ve had stuffed down my dress all day!! She’s also going to get an old pillow wrapped in my dress too after the Next wee break - about 1am! She’s 8 weeks old and I suppose she’s had a massive day! She’s done all her wees and poops outside too. She absolutely stinks but they wormed and fleaed her before we left so she can’t have a bath for 48hours. Gotta get to the vets too for her first jabs!
Her name has been up for debate for ages. Pre puppy birth, it was always going to be Rowan for a boy and Bluebell for a girl. However she then could have been ‘Shelby’ after The Peaky Blinders or Jenny Freckles after the Killers song, Jenny was a friend of mine and the cute little sun kisses on her nose!!
Mr 21, during one of these discussions, said, ‘Can’t we just call her like a normal name?’
I replied, ‘Like what?’
He answered, “I dunno, summat like Heide.”

Anyway , we were registering her microchip earlier and there’s a space for the name. Her official Kennel Club pedigree name hasn’t arrived in the post yet, only one has so far and it’s not Bluebell’s so I’m not sure what it is yet. But her ‘Crufts’ name he suggested was Lady Bluebell Freckles!
Either way Little Miss Bluebell Flowers or Lady Bluebell Freckles, she is just perfect in every way! I shall now attempt to add plenty of photos for you to oooo and aaah over! 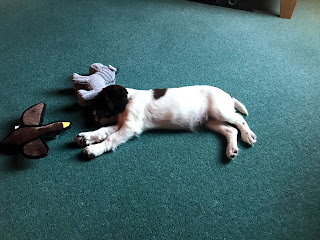 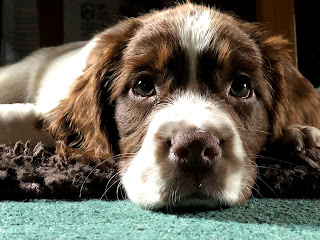 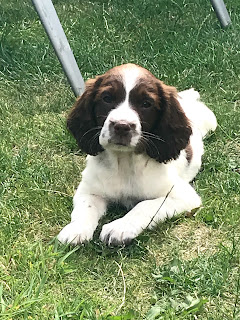 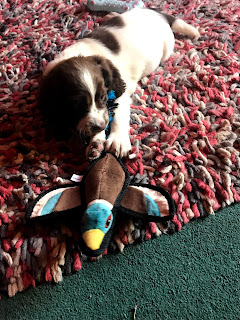 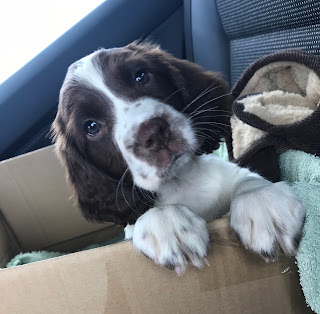