Is everyone thawing out yet?

Well, it was like starring in one of my favourite films - The day after tomorrow - but fortunately I didn't have to throw any of my classics on the fire, like my Enid Blytons et al, like they did in the film. It WAS cold, but barely a dusting of snow for more than a day, much to my disappointment. I've been glued to the news, hoping that everyone is going to be OK. They ALWAYS have some poor journalist in a massive fur lined hooded parka, battling against the elements to tell us how cold it is. (WE ALREADY KNOW!! ) Usually they make them shout into microphones at the coast so they are being buffetted with wind and huge waves. These poor hapless souls then ask POINTLESS QUESTIONS to locals in the area what they think about the weather!!!
I've seen reports about people grumbling about the gritters and how the councils and government are not doing enough. For the love of Pete, no one can stop the weather! Rural areas ARE going to be cut off. People WILL travel. I think one reason we appear to be underprepared is that The Daily Express has been warning about Snowmaggedon for so long, it's like Peter cries wolf. Similarity, the met office puts all these warnings in place which often amount to us saying, 'is that it?' when said warning level weather underwhelms us. But by golly, we are British and this is our weather so we will talk about it....I'm blooming doing it now! There have been some really tragic accidents this last week and my heart goes out to those families. In my part of the world, we got away relatively scot free. It's been a bit windy and cold. Miss 23 has had it worse in the NE but Freddie has loved it. Miss 23 really does take some cracking photos. I was asked the question, Does Freddie like the snow?' What do you think? 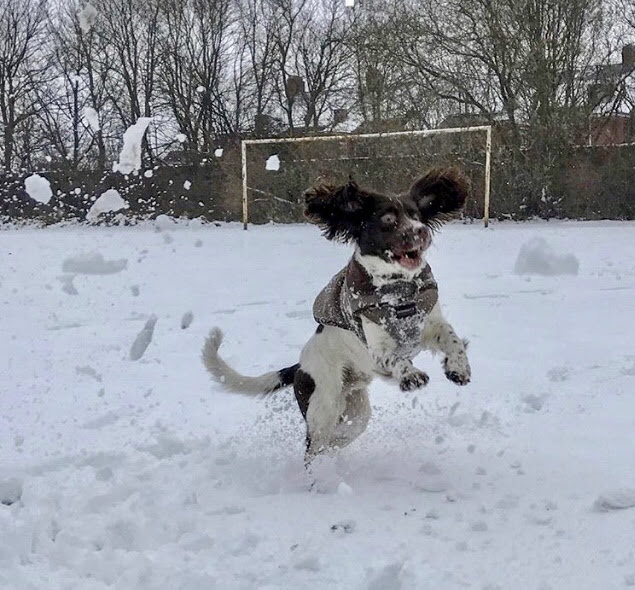 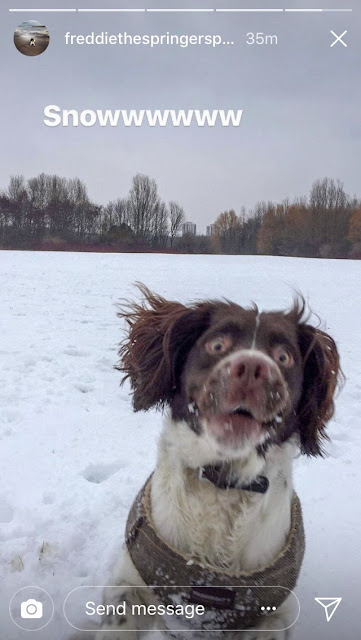 Speaking of whom, they came for a visit last weekend. We enjoyed a lovely walk and really good quality family time together and I've really missed them since they've gone back. Not sure how much enjoyment is linked to the completely spotless and tidy house I came back to Monday lunchtime after they'd gone.....this is because Miss 23 and her beau had completely tidied up after themselves and left the house beautiful for me 💜. They can come again!

In other news, I went and got my next big certificate and shiny sticker from the secret cult I belong to...


So I went and got my hair done! I need to set myself another mini target now and suitable none foods reward. I'd really love pert bosoms that stay where they are when I take my bra off...however I think I will work on having a manicure or something like that! 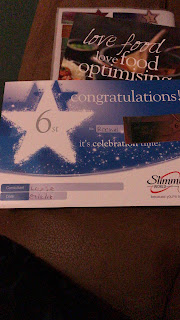 One of my favourite breakfasts is to have 40g porridge oats layered with frozen fruit and yogurt that you leave overnight. It's so filling and pretty! 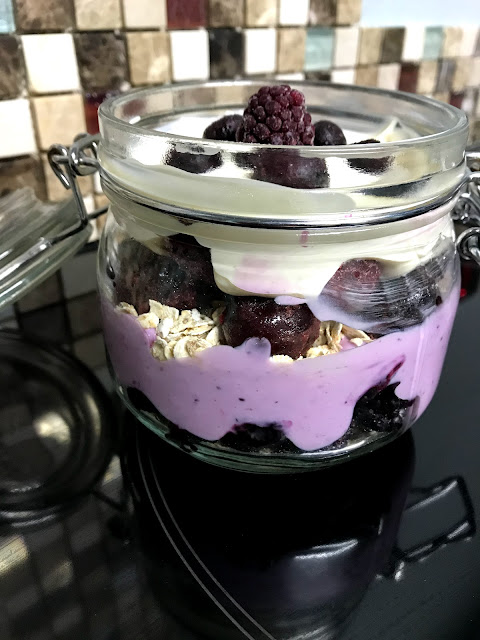 Craftingwise I can't recall what I already shared but three little hats are ready now for my niece ( 37wks now wooooo! ), I'm wearing a top I made for myself which has had me receiving compliments which make me feel squirmy!! I want to start making a quilt for my bed. I have all the fabric, just need to start!

Mr 20 turns 21 on April 21st. He doesn't know what he wants. Miss 23 at 21 got the money for her trip to New Zealand. We offered to put the deposit down on one of those little finance cars - he declined as he walks to work and doesn't 'need' one ( which, to be honest, I'm glad of the lack of ..has he died in a car crash worry ).  Talking of cars, a little old lady reversed into the side of our car. That's the third time, our innocently parked empty LARGE ESTATE so not exactly hidden from sight car has been reversed into! The bloke at the insurance asked me if indeed, it was magnetic. So I've had to deal with a distraught HG who loves his car more than any of us, the insurance and car hire place!
Right, I'm going to add some photos and then ferret around in some other blogs to see what I've missed.
Today's antics include three loads of washing, a visit to my friend's four year old's party, a venture to the local posh garden centre to formally request the garden seat I've sat on and admired and wished for for years, as my reward for my long service with the council. 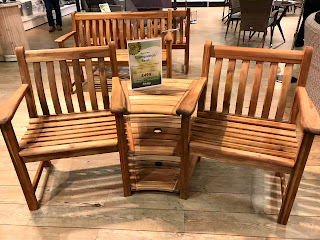 I've to put some money to it but it's well within my grasp now! Isn't it beautiful? It's so comfy too. I didn't really know what to go for and there are ridiculous rules in place as to what to get. It HAS to come from an independant retailer which irked me somewhat at first....because it's the only one I'll get even though I've another 21 years to work before I can retire....I'd wanted to squeeze as much value out if the £271 excl VAT as I could! But I do like to support local businesses where I can! I will also be making something SW friendly for tea and generally sitting on one's backside! I will not be attempting to hula hoop today. I will rebegin my quest tomorrow. It's a weighted one that's supposed to do miracles for my waist and core. It's also a fun thing. That's what 'they' say.

However,
I could never keep a hoop up at Primary School, so why I thought now I'm in my mid to late forties I'd be miraculously be able to do it, I don't know. I tell you what I am really good at. Bending down to pick it up. I was horrified at the first instruction though.... 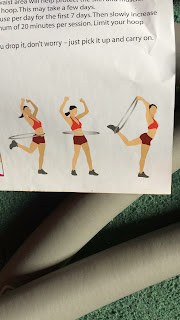 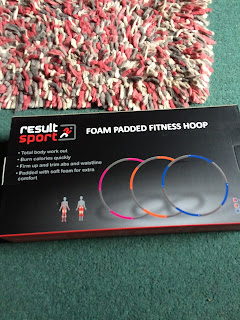 I've watched tons of instructional videos, I've watch the children at work. I've tried not to over think it. Three spins and it drops. It's three spins whether I stand stock still or wiggle/rock/shimmy. I think I'm stuck in a catch 22 situation. Hula hooping will tone one's waist...but I think one needs a waist to keep the hula hoop left. People who comment on this blog declaring they are a National champion at hula hooping WILL be blocked and reported!

Right, it's 8am and I'm going to knit whilst I watch and try to resist buying anything from Create and Craft!
Stay warm and safe blogland dwellers xx 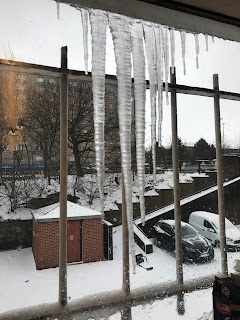 Miss 23's work! I think those icicles are on the inside! 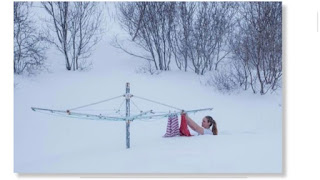