Finally it's the Summer break!
I'll blog up the whole last week of school later on next week.
I came home on the last day a bit dehydratey and a bit heatstrokey so took paracetamol, plenty of water and went to bed! Endoftermitis for sure.
I'm using a lot of made up words now I don't have to talk proper like!
Day one of my holidays yesterday and I wasn't 100% so slowly started the big clean. My chum popped round for a good two hour chinwag. The HG came home early from work  and whisked me off to the local ice cream place ( waffle cone, toffee crunch and black cherry ripple for me nom, raspberry swirl, licorice and blackcurrant for him, not as nommy as mine ) Then we went to see my cousin for a catch up which was hilarious. She told us a tale of how she went to London, had to leave her party who were going to meet her at the theatre at 7pm. She'd felt ill so got a taxi to take her to a drop in centre. It as London, it was hot n sweaty, she had a four hour wait. With no time to go back to her hotel and change, so looking delightful, she was totally lost and disorientated, she hailed a cab, jumped in, started telling the taxi driver the whole tale of how she'd been taken ill, now running late, no time to change, and she needed to get to the Theatre in less than ten minutes. He asked her which theatre. She told him. He started laughing. He stopped the cab. She'd been in it less than 30 seconds. She was at the Theatre - it was literally just on the corner of the street where the walk in centre was!!! We had a really good laugh.
It reminded me of the Vicar of Dibley Christmas special where she calls a taxi to take her next door!!
I woke up at 5.55am today and it was glorious sunshine. It's now 6.48am and I'm going to peg out but the sky is looking ominous. No real plans today except a bit of weeding in the garden and sorting out my floordrobe. I'll squeeze in a bit of knitting and bloggy catch up too no doubt. Fingers crossed the hairdressers can fit me in too, though it's ok now as I've all the time in the world! Freedom is bliss. 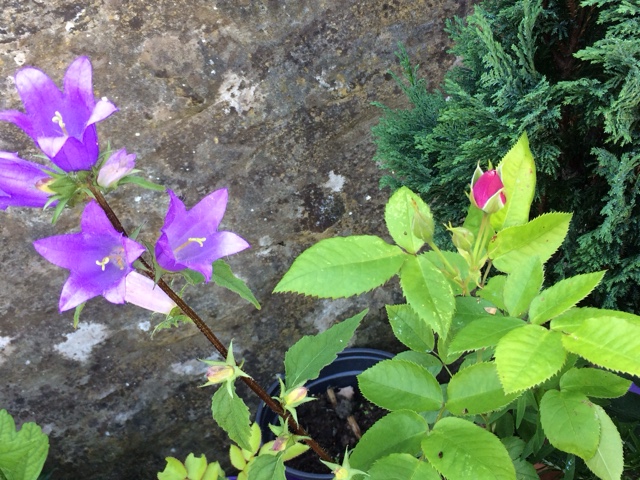