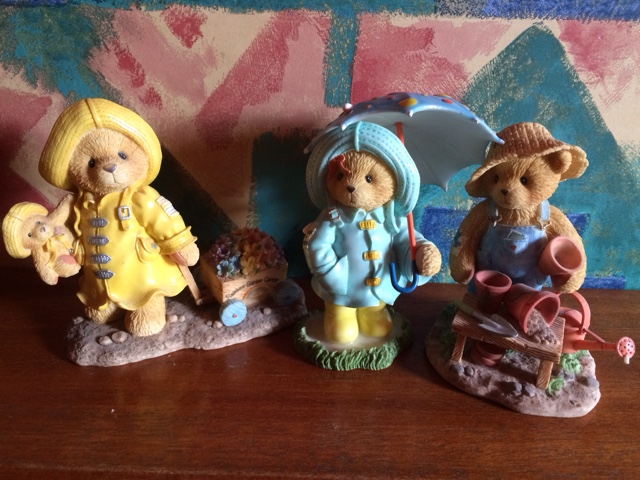 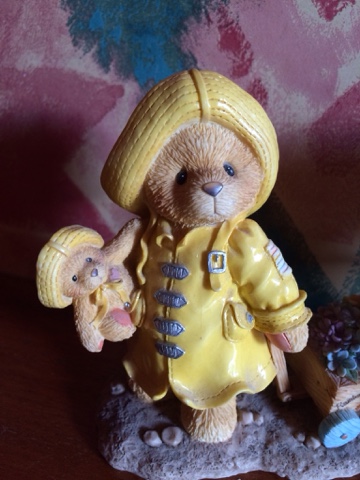 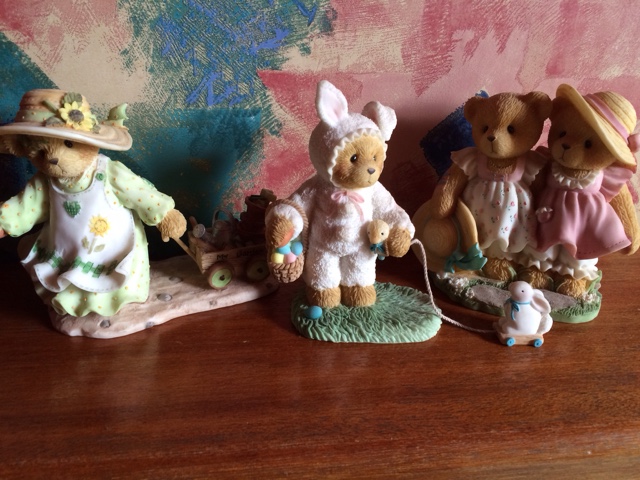 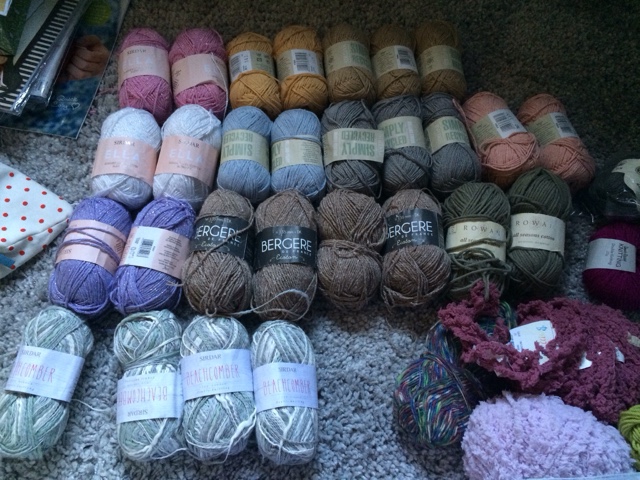 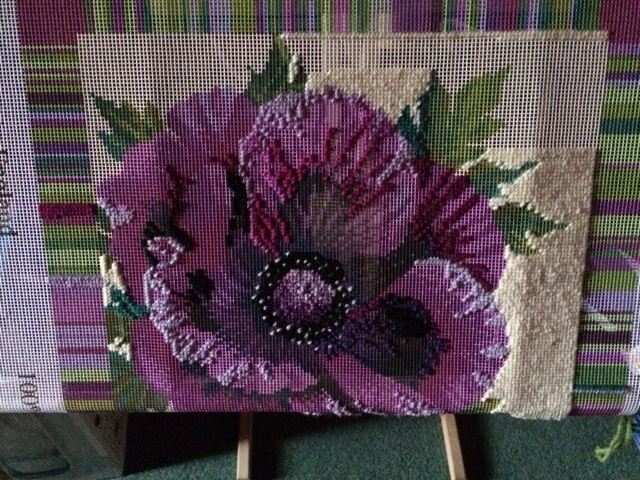 Last but not least, as befits my wild rock n roll lifestyle, here's the poppy so far. The differing shades of pinks and purples are jolly hard to work out! It's far clearer in this photo than it is in natural daylight.  I have to keep shifting which bits I'm working on with the light I have. It also takes me longer than I think others would be doing it!
Right, best get to sleep. Else I'll be all knackered looking for my night out! Not pretty!
Lots of love from
Rachel *died my hair cosmic blue again, not really that blue, it's more of a blue black, that shines blue in the sunshine* Radiostar xxx
Posted by Rachel Flowers at 23:38