An NGT by the way, is something a work chum invented years ago. She deemed it a 'Nasty Get Up'.
Meaning a get up for work is less pleasurable than a weekend or holiday get up!! I've 4 NGTs left ( as I've already got up today ) and then it's half term! Not that I'll lie in and sleep.Always wide awake at 6am!
Six weeks of school gone! I was supposedly supposed to be eating more healthily and *should* be at least 6lbs lighter. This isn't the case! Ah well, let's start again! Today's menu involves a healthy bran flake breakfast, fruit for break, manky veg soup from the freezer for lunch and a yogurt, more fruit for break and I've all the fresh salady stuff bought at the weekend for a lovely crisp whopping salad with baked potato and gammon. We shall see how I get on today! One day at a time!
My weekend was full of lots of things I like.
On Friday night I went out for a meal with work. I was brave. Believe it or not, at my tender age of Eternally 28, I have NEVER ever ever had a Caeser Salad. I've never fancied it. Never made it. Never ordered it. I've never had an anchovy either, despite my Twitter chum Nigel telling me on his telly programmes that they add a depth of flavour to dishes.
Let's just say, I won't be having an anchovy again, much preferring a shallow flavour to my meals!
£10.95 got me a fancy saucer sized plate, delivered to me under a cloche. The cloche was filled with smoke, so that when it was dramatically lifted off by the waitress, my hands and face were instantly scented, for the evening, like my lounge fire when we are burning wet logs. On the plate was lettuce, sliding around in a creamy emulsion. A teeny smoked chicken breast sliced, some (5 tiny ) croutons and two cold soft boiled eggs. I didn't take a photo so you could not see it. I couldn't see any signs of anchovy.
I wish I'd ordered the chicken, leek and ham pie that I was originally going for, but changed my mind because I make it at home and besides, I was going to be A. Sophisticated. Brave. Girl.
We had to wait a while for all of us to get served so by the time everyone's meals had arrived, my short term memory loss had fully kicked in. I started eating. It wasn't delicious. I leaned over to my friend and complained that my lettuce was fishy!!!
She laughed and called me an unprintable name! Gently reminding me about the anchovies!! Ahh they must be in the dressing! Well, it was rank. I'm never ordering that again. Two others had ordered it too. One had asked for no anchovies. The other said, she'd left her anchovies as they were quite big!! I looked at her in horror. The thought of eating slivers of that stinky rotten fish has kept my tummy churning Everytime I think of it!
I should trust myself and what I know. I don't like fish, never have. It's too fishy! I will eat brown shrimp, prawn, tuna, fish fingers and an odd chip shop fish but that is it! Disgusting stuff should stay in the sea!
Next time, I'm having pie!
I started the tapestry! We went to Skipton in the pouring rain on Saturday. It was worth it though, because the HG bought me a tapestry frame that is a roller one. The square frame I'd made from my interlocking frame kit meant that my short stubby arms would struggle greatly! Infact, thinking about it, I'm rather like a T-Rex! Imagine one of those trying to do needlework!
Next I think, I'll be after a frame to stand on the floor. I'm getting more and more Pride and Predjudice by the day. I'll have to make myself a crinoline frock to wear whilst I stitch!
Much rugby has been watched and sworn at! The fantastic 6Nations has begun. While it's been on I've sewed 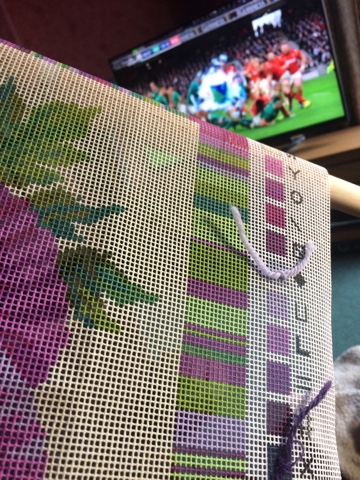 Also, I've cast on 136 stitches and begun the waist of the HG's jumper. I had to get some new wire needles as I didn't have any of the size I needed and no way would I get all the stitches on my straights. It's going to take me ages!
And as I sit here at 7.26am, in a quiet house, I can hear the faint cries of  next door's baby. I've not heard him as yet, they'd planned a home birth - she was 6 days overdue and I rather think Ollie ( they knew he was a boy )  has actually just been born!! There was silence, then *that* sound of a baby crying who has just been born, and all is quiet again! Well done that new Mama X
So I can pass in the little hat I made for him later on! Ahhh it's made me all smiley! 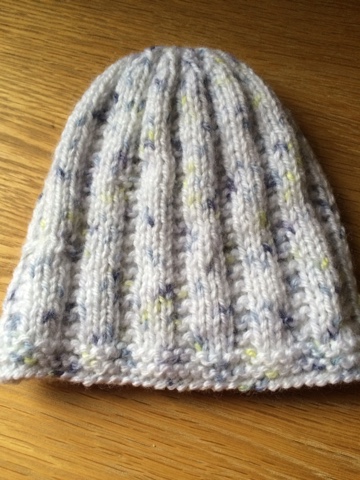 This photo of my ornamental sundial is for Suzanne. It's 14 years old and I can't remember where I got it from, but I wanted something different to sit on my back hearth. 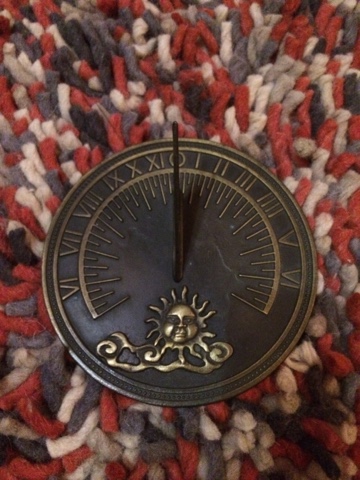 It's about the size of a largish side plate.
Miss 21 is now over halfway through her trip. She sent us a postcard. It took days to get here. That's all. Days. 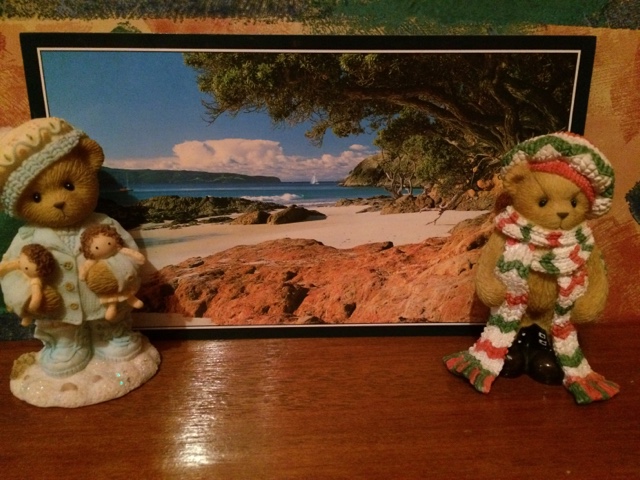 It's flanked by two of my winter cherished teddies! I went mad for these back in the 90s! Bloody daft dust collectors - but I still get them out from time to time. I've a china cabinet FULL of them! Here are my other four winter ones. 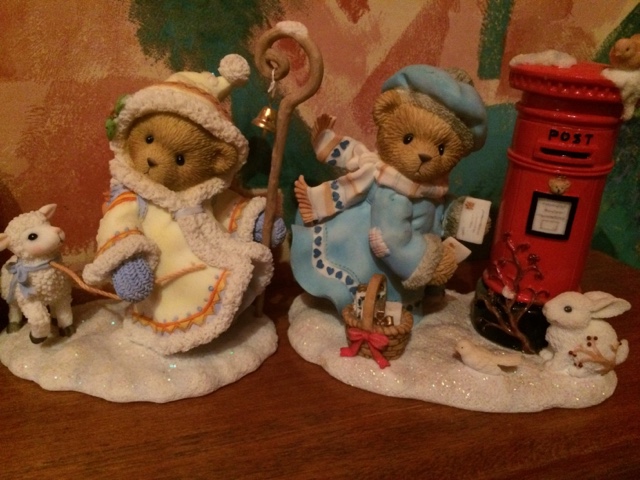 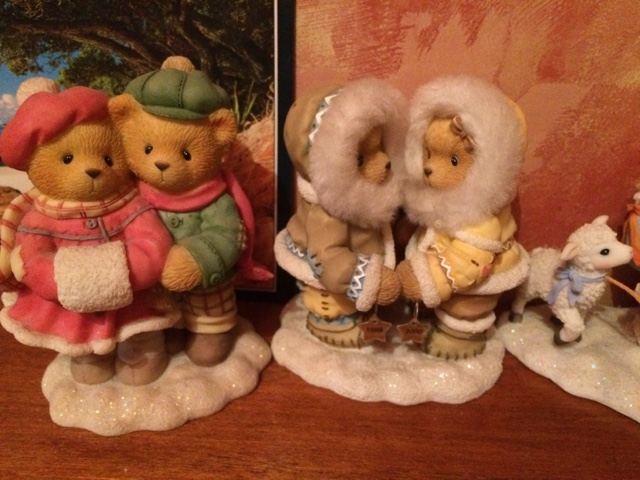