Back to work today

With a heavy heart, an overly dramatic sigh, dragging of heels and a sulk on, it's back to work for me!
Maybe the woman doth protest too much!!! I do like my job, I adore the children as well you know, I just like being at home more. However, the work bit pays for the craft bit and the bills bit etc so it's an 8am start today.
I've just put the chocolate topping on a tray of Billionaire's Shortbread. Think Millionaire's Shortbread highly calorific? Well it's practically diet food compared to what I was making yesterday!
It's a recipe from this month's Sainsbury's magazine. I don't normally buy it, but the glossy photo of the Billionaires Bars I think they call them coupled with the fact it was only a pound meant it went through the till with the rest of my shopping.
I then went to Aldi for the few ingredients I didn't have in.
Roses were not on the list, but my friend had brought me a sweet spray of carnations and I've only got big vases so I relaxed my no cut flowers in the house rule and got some Fairtrade roses for £3. 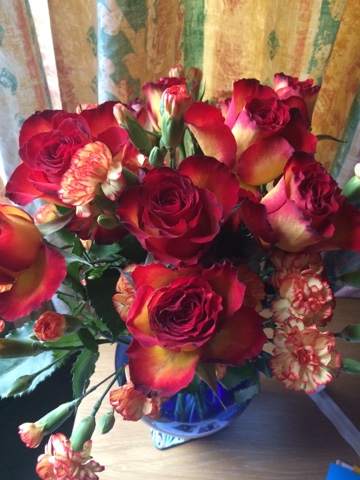 I'll post a photo of the recipe and the finished product tomorrow as I can't slice it yet.
But first you have a layer of chocolate melted with some peanut butter, should have been smooth - I already had crunchy in, so that's what I used.
Next I made, for the first time, nougat, which topped the chocolate with some salted peanuts. 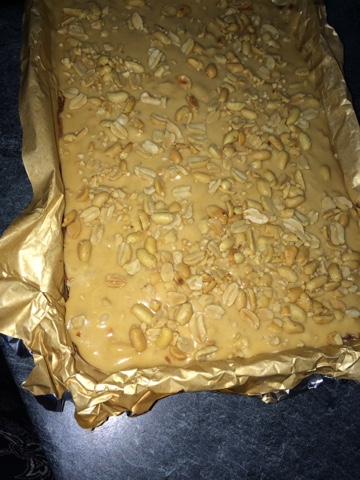 Next you make a toffee layer. The easiest toffee layer I ever made.
Melt toffees and cream 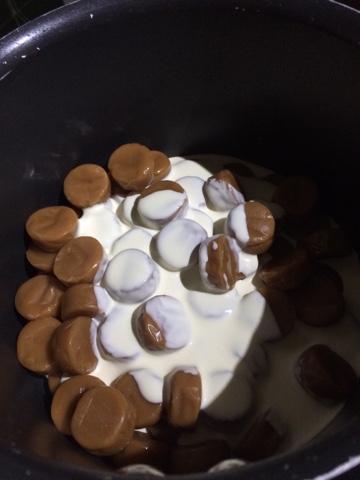 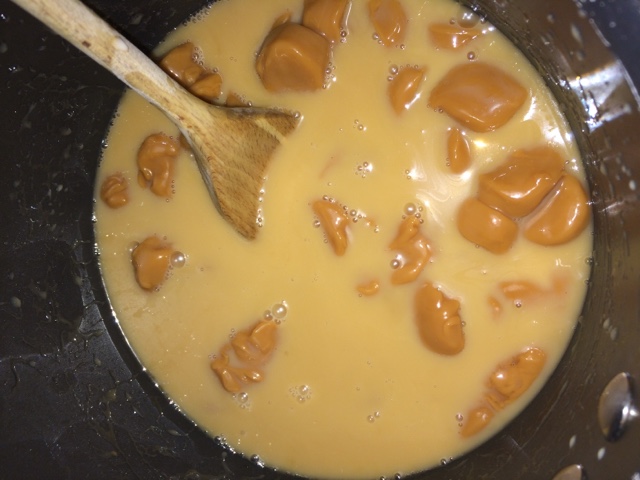 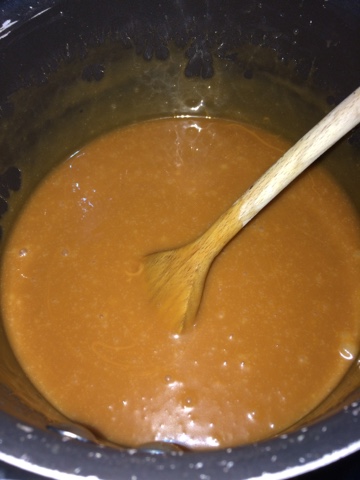 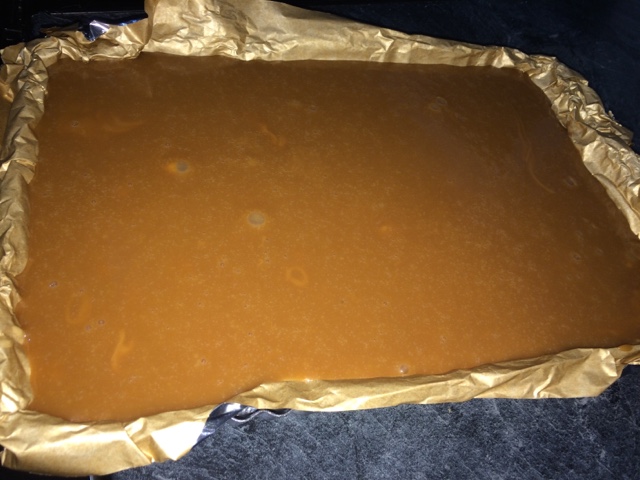 And this morning, it's had a final layer of melted chocolate added.
I don't think this will be sickly AT ALL.
The recipe says it makes 30 bars. My recipe will yield 60!
At 30 bars, the recipe states that each one is nigh on 400 calories!!!
I think essentially, I've made a Marathon! If there's any young uns reading - that's a Snickers.
Yesterday's bread was made halfy halfy white flour with some wholemeal spelt flour. It's really really tasty. 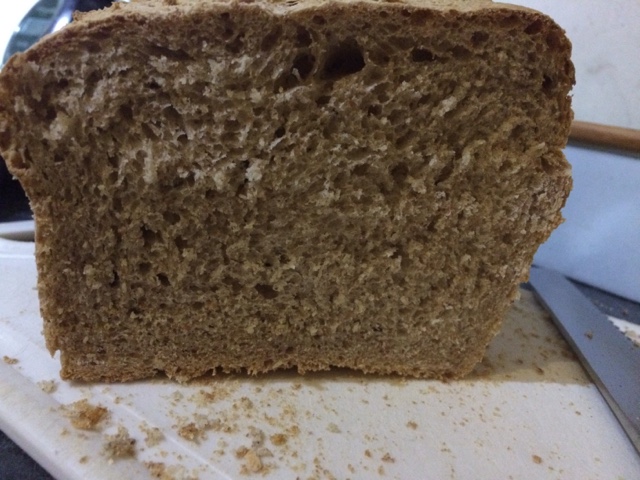 Here's a quick look at the poppy so far. It's really tricksy because the shades of purple are many and only slightly varied!
I've done my best! The frame does make it easier. 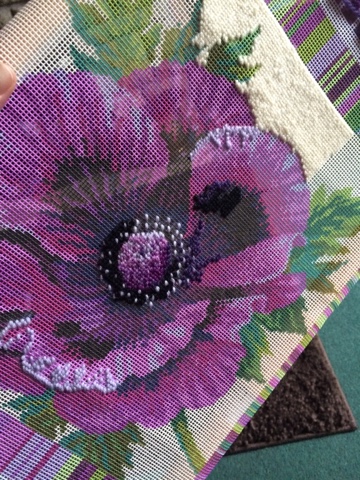