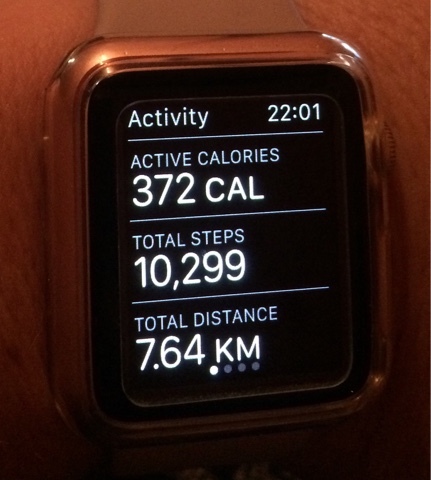 The first time ever in the history of me wearing my new watch! 10,000 steps done! I'm like an Olympic ( sized ) Athelete!!  I have checked and done scientific experiments too by 'pretending' to walk when I'm sat on my arse on the sofa, moving my arm backwards and forwards as if I'm walking, but the count doesn't go up!!
Last night, whilst taking my precious baby boy to his karate class ( because somebody might try and get my six foot brawny, one belt away from a black belt angel so he could not possibly walk when it's dark ) we popped into Sainsrobbers.
SEVENTY QUID! The robbing bar stewards. The only things I bought were two blocks of ready made dessert pastry down to 19p each and three microwaveable kids pasta meals with tomato and marscepone cheese sauce for 29p each. They are just right for my lunch for a change and for 29p each I'd not be able to make it for that! ( Prolly could to be honest if I got smart price everything and used a slow cooker! )
The HG also bought me ( I'm so spoilt! ) one of those fat free meringues, the brand new Everest DVD because I adore a good disaster movie and this first edition knitting thingy. 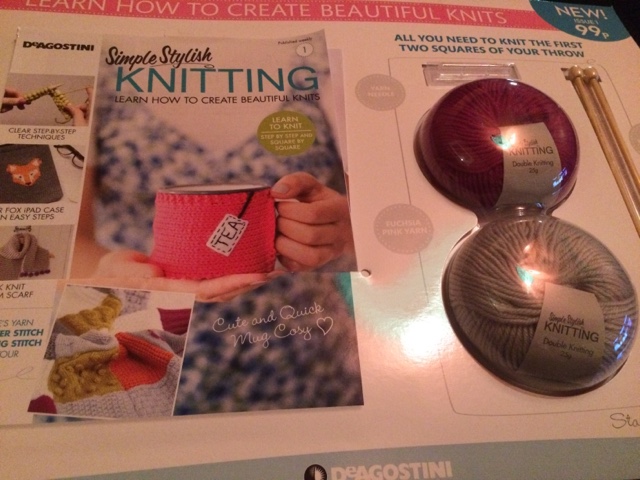 99p - worth it for the wool, because to be honest, I was getting desperate for a ball of wool or two.....
Ahem.
I was also wearing a new perfume last night. He had the matching aftershave. We got it from his Mother's. Eau de rank burnt cabbage soup. I honestly thought I'd stepped right into a David Walliams story. We visit her before we have to go collect the Precious from the Sport's Centre. As soon as we walked it I was hiding my dry heaves! It stank. The sulphurious scent would have stopped a warthog in it's tracks. She merrily informed us that she couldn't smell a thing!! Laughing as she squirted Vanilla and lotus flower air freshener everywhere which only made me gip more!! Let me tell you, vanilla infused burnt veg soup is not a pleasant odour. She'd made some soup in her soup maker, but it'd caught on the bottom.
Caught??? CAUGHT??? Think it was well on its way to carbonisation by the time she found it!! Oh it stank. And it was like that gift that keeps on giving. To our deepest of deep joys, we discovered that the turnippy tendrils had permeated our coats!! Oh man it was rotten!! It followed us all the way home!
You know that song from Les Miserables, that Susan Boyle sang
I dreamed a dream of time gone byyyy??
Got the tune in your head?
Well here's my version.
I smelled a smell of rotten veggggggg
Turned into soup and then cremateddddd
Anyway....before you go I'm raising awareness for my poor HG! Somebody save him!
I've given him merry hell this morning!!
Normally he sets off at 6.35-6.40am for work. The alarm goes off at 6am. We both get up. I go do the lunches and tidy the kitchen, then have my shower before 7am before I get sorted for work. Usually there's blogging activity like now, before work!
Today he wasn't leaving until 8.20am ish
How lovely, no need to fling back the covers so early.
However, this morning our darling Miss 21 pinged us through a photo of the cliff she'd climbed that morning. I don't have any issues with that at all. Here look. It's breathtaking. 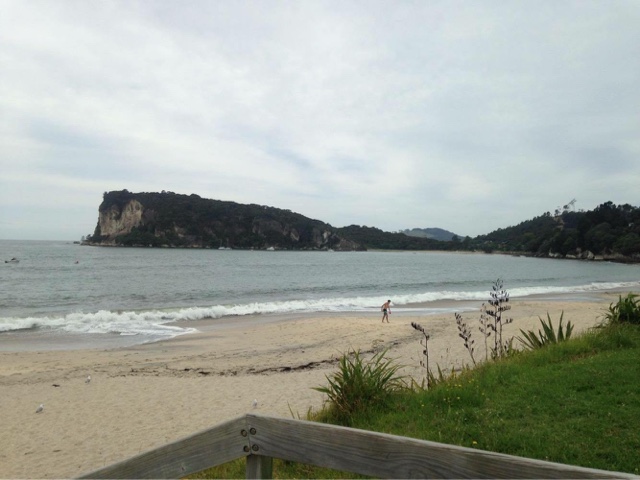 Although it looks a bit Cornwalley to me! Here's the view from the top.

A bit Walesey too!
The issues I had were with the HG.
My phone is permanently on silent because of work I suppose. The HG's isn't. When he gets photos or messages et his phone does this really loud TRRRINNGGG sound.
She sent the photos at 5.15am.
So I was rudely awakened from my first full night's sleep for ages.
Grrrr 1.
Grrrr 2. The sodding alarm came on at 6am. Why on earth he hadn't switched it off last night OR at 5.15am photo time I have no idea. Clearly he enjoys being growled at, harrumphed at, glowered at, stamped around etc etc.
Grrrrr 3. HE STILL DID NOT TURN IT OFF AT 6am. Or 6.15 or 7.00. The clock radio is on his side. I was not getting out of my warm bed to walk ALL the way round to turn it off, because that would have been too easy AND he claimed, when I jabbed him in the ribs and hissed in dulcet tones that he should turn the bloody radio off, that he was listening to it. Well I'll tell you what I listened to. His snoring over the top of the radio.
Grrrr 4. The radio will not tune in to anything other than BBCRadio Lancashire - you know it's BBC Radio Lancashire because they tell you it's BBC Radio Lancashire every three and a half minutes. The presenter and his team are normally entertaining but this morning Graham Liver was getting right on my t*ts! He repeated himself constantly and I was getting more 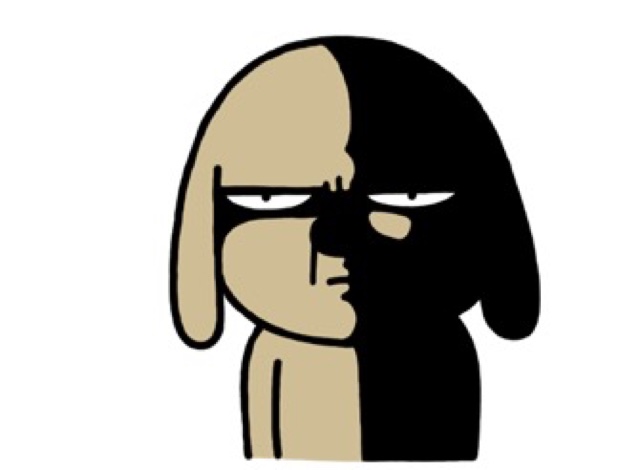 by the minute. By now I was proper moody! I got up, stomped about. Huffed and puffed. Made a right show of making the HG's  lunch. You know, overly dramatic buttering of bread.
There were *scenes* over who loads the dishwasher correctly. It is me, by the way in case you wondered.
There was high comedy from me ( I thought ) when the HG failed to get the lettuce out for his lunch because he said he wasn't sure what to get out. I marched over the the fridge, flung the door open fully back on its hinges and said
Lettuce. Is. This. Green. Frilly. Stuff. I. Keep. In. This. Salad. Drawer.
( What he'd meant was which lettuce to give me, there were two sorts, I think he was a bit frightened of giving me the wrong lettuce! )
We were of course laughing at each other by the time he was going. I slammed his butties into his hand and menaced " Make sure these don't choke you!"
What a grumpy old cow I am!  Poor HG!
But he should have turned the radio off. I didn't remember to do it but that's not the point!  I'm just so sleep deprived!
I got in from work after a hard day. Can't recall an easy day for ages. The HG had got in first and had tidied and hoovered all through downstairs. Harmony was restored!
Most of it was faux rage but I really was miffed at being woken early when there was no need! I could have slept through until 6.30am! A lie in!
What has had you in a rage, faux or otherwise, lately?
Lots of love from
Rachel *Susan Boyle* Radiostar xxxx
Posted by Rachel Flowers at 07:56