Tales on a Thursday and THE END.

Hello lovely bloggy chums.
I'd like to say thanks again for commenting. I'm getting into the habit of replying and I hope you do get a chance to see them.
I had planned on telling you about my mobile phone insurance angst. But I didn't want to heap upon you yet another ranty post.
I will rant though ABOUT MY WASHING LINE THAT SNAPPED JUST AS I PEGGED OUT MY LAST TOWEL *shakes fist*
It had a steel core. It had already snapped once. Nothing lasts these days. The HG had already fixed it once; this decreased it's natural sag significantly, making me leap up to lasso it down with a towel so I could reach it off my tippy toes! The laundry workout! And bend and stretch!
Anyway I thought I'd update you on the peonies and the cardigan. 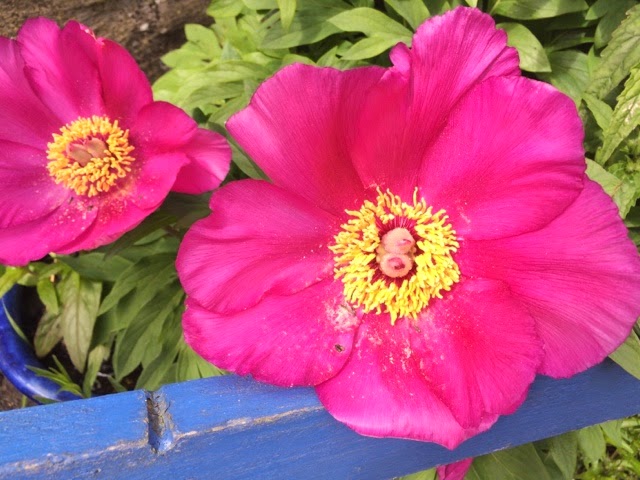 Survived the winds and rain so far...
( Yes that is a blue pot and yes that is my blue clothes pole! ) 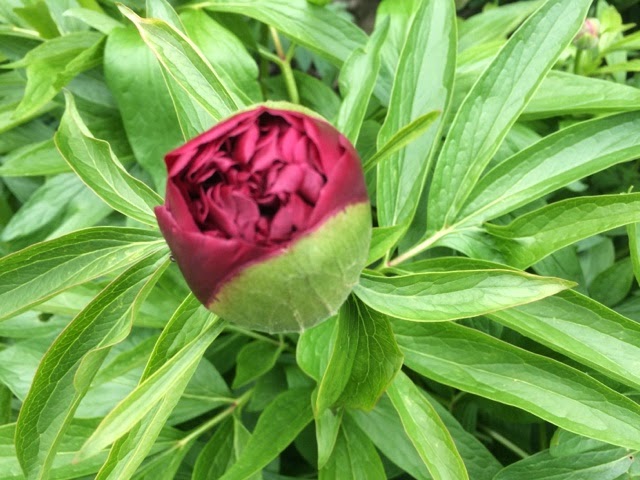 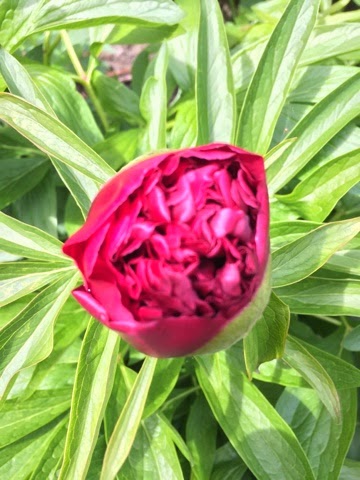 And here's one I prepared earlier .. This one seems to have bloomed from nowhere! 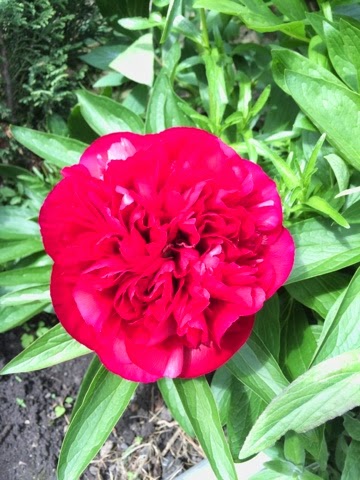 Sorry it's like it was too red for my poor phone camera! 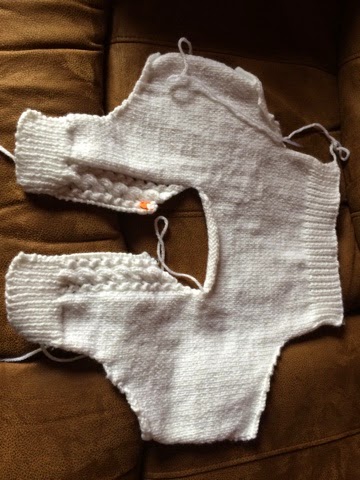 This is just needing it's cuffs and button band. I have a recipient in mind for this. Maybe by the next post it'll be done!
And here is THE END part of my title.
And finally, it's a Sad Day at Eternally 28.
Today my boy formally finished his schooling. Sixth Form should at least last five years I think!
End of an era.
End of ironing infernal school shirts.
End of saying 'watch the roads' everyday at about 8:05am.
End of maternal fretting if the weather was atrocious.
End of having to have my shower before or after him in the morning.
End of packed lunches. HOO BLOODY RAY to that one!
End of Parents' evenings.
End of the daily 'How was school? ..... Umm Ok ' fascinating conversation betwixt us.
End of handing money over to school. End of childhood officially.
End of an era.
( Well until the morrow- he's an exam! )
How it's zoomed by so fast I don't know.
I'll just be lamenting over there in the corner.
What's new with you?
Lots of love from
Rachel *Jersey Royals for tea for the first time this year* Radiostar xxx
Posted by Rachel Flowers at 11:16