It's Tuesday. It's 6.58am. The HG is still at work so I'm up as usual!
The washer is on, the dishwasher is on and the slow cooker is on making a Manky veg soup/stew thingy for the freezer. There's cabbage, broccolli, cauliflower, carrots, swede and sweet potato, oh some bendy spring onions went in and a few sorry tomatoes. A stock cube and it's on slow.

I let Barry out yesterday. For the first time! 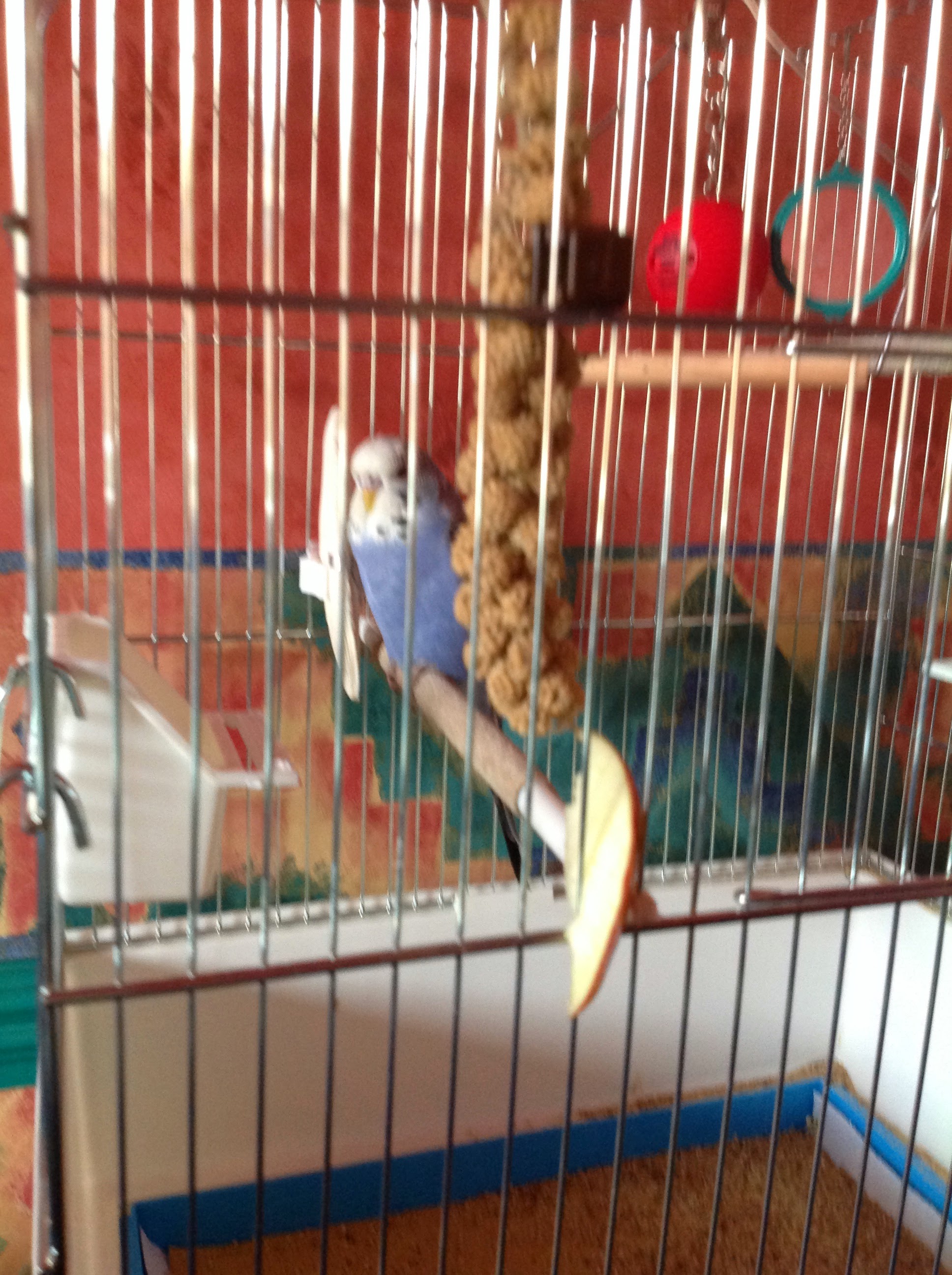 Here is is after I 'Budgie Whispered' him back in!! He's very chatty and chirpy.  I opened the door and out he came. He had a fly about and settled right on the top of the curtains. Where he remained for aaaaaaaages. He simply sniggered at me when instructed to get down and return to his cage. He fluffed out his feathers and had a sleep. But I needed him back so with a piece of apple he was tempted down. Naughty budgie!! I'll let him out later for a bit. I'll miss him when he goes to school! I tell him all sorts of gossip! I tell him what I'm doing. I ask his opinion on stuff - he's fab - he always thinks the same as me!!! He will be very very happy to go to school to get away from the crazy budgie lady! The birdy equivalent of a crazy cat lady!

I watched some trashy tv yesterday; an American series called Revenge. I'm slightly hooked! Maybe I will allow my self a programme or three later on! I'm knitting a pair of darling little booties shoes  with some left over wool to match the hat and cardi. Just the sewing up to do. 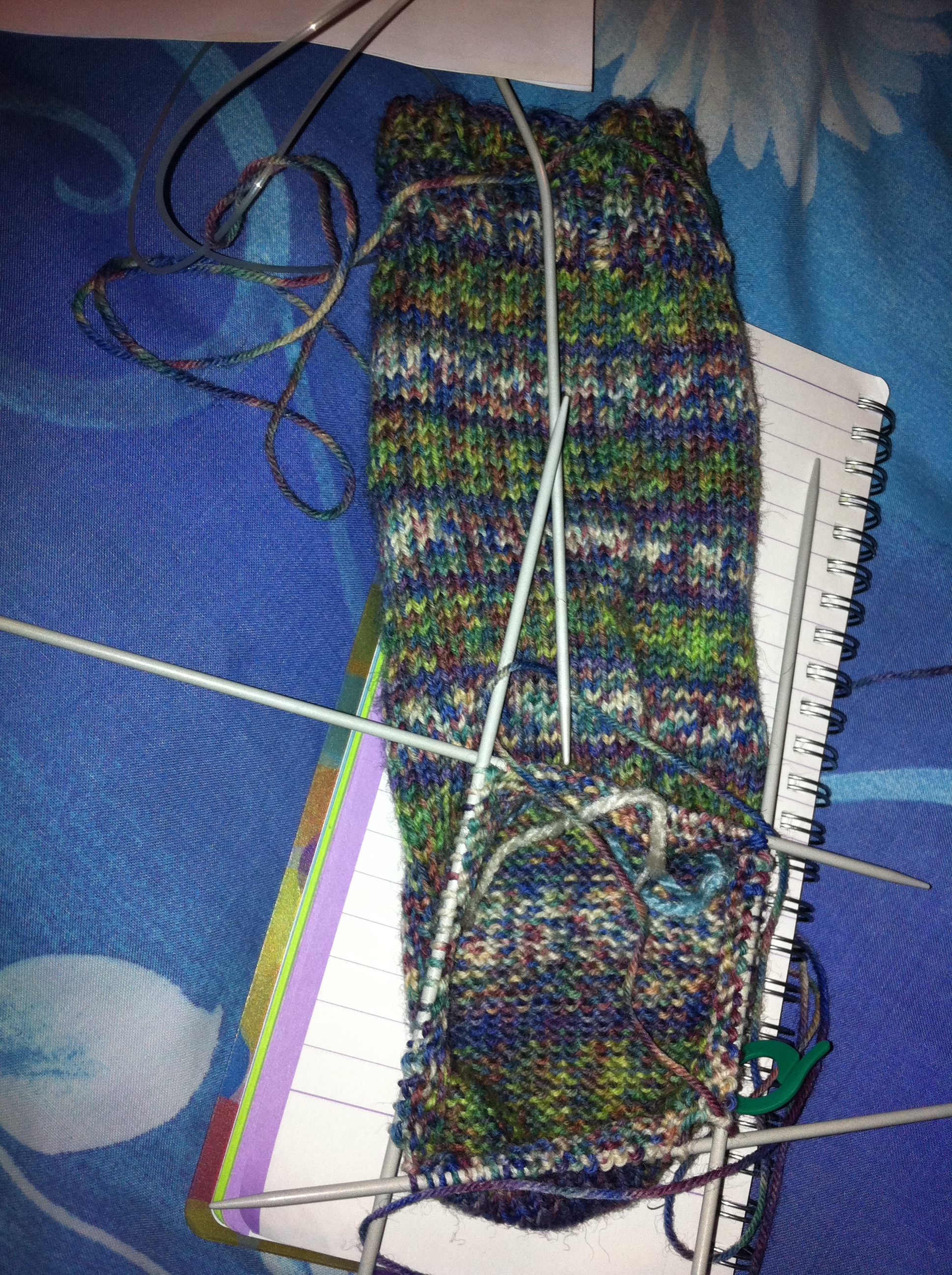 Well I vowed to myself I will finish the second sock before I start anything else new!!! Now I've blogged it, I've got to do it!
The HG has requested I make some biscuits today. I think some gingers will do. I feel very lazy though, maybe the biscuits will happen tomorrow!
The daughter is back from Uni next week and the boy turns 17 on Easter Monday. We will be in my favourite place in the whole wide world as I had a 'Sod it' moment and booked us a mini holiday over the Easter weekend! Was a bargain too! Expect glorious photos of ruined Welsh castles sometime soon!!

So there you go, my life might not seem very eventful or glamorous but I likes it :-)

What are you doing this Easter?