The start to the New Year has gone fast.

Day 9 already! I had a lovely break from work. Seemed to last for aaaages. Whether that's because we had nowhere to go except laze about and potter which as everyone knows is me FAVOURITE thing to do ( except beach walks and hot tubs and drinking cocktails mmm I love a cocktail ) or because we had nowhere to go and we had to stay in and I could laze about and potter and just be at home!

The media went beserk with Covid hysteria. First school was open then it wasn't then we were all top tier and then we went over the top into lockdown except with so many exceptions the roads are no quieter etc. It's breakneck speed news and opinions and every chuffing one is a bloody expert these days!

We were down for Inset anyway on that Monday - so I stayed home as we had already covered it in two twilights ( Up to date phonics training actually - very educational for me as I've been KS2 for ever and out of class for three years )- talk about being brainwashed anyway.......it led me to a memory right now how a childhood visit to the library - I loved books and in those days I think you could only get 4 a week, now it's about 140 - and there was a section of new books in the little halfmoon bookcase . The doors were magic to go in and out of. They were like 'kissing gate' doors - two sets -  one to come in and the other to go out. Beautiful. Our town library was an absolutely gorgeous building, full of character, that 'smell', ornate carved solid oak bookcases and remained that way for all my childhood and most of my children's childhood until the mid 2000s when the children's library side closed.  It went into the main bit, the wooden bookcases were replaced with hideous metal new fangled shelving and minding bending black and white flooring. It was opened at night and used as a music venue which was a good idea. I never went but apparently a young Adele and Ellie Goulding performed there. It had great acoustics. And it was wipe clean now. Anyway I have digressed. The new books that I brought home were absolutely unreadable for me - like a different language, they had little funny marks on the letters and it turns out it was all phonetically spelt!!

I leaned to read with  Dick and Dora who had a pet cat and dog called Nip and Fluff. 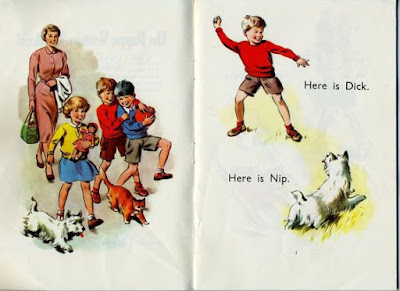 Peter and Jane were back up Ladybird books and then there were a set of readers with colours that I read through and a few years ago I actually found a copy at work! I might have to go on another search and rescue it for posterity!

I loved these stories. 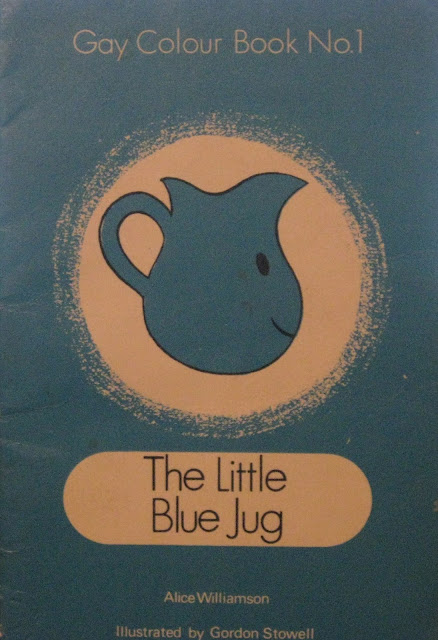 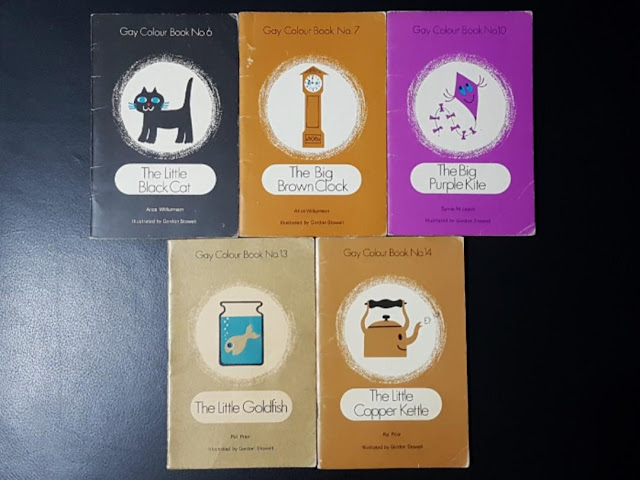 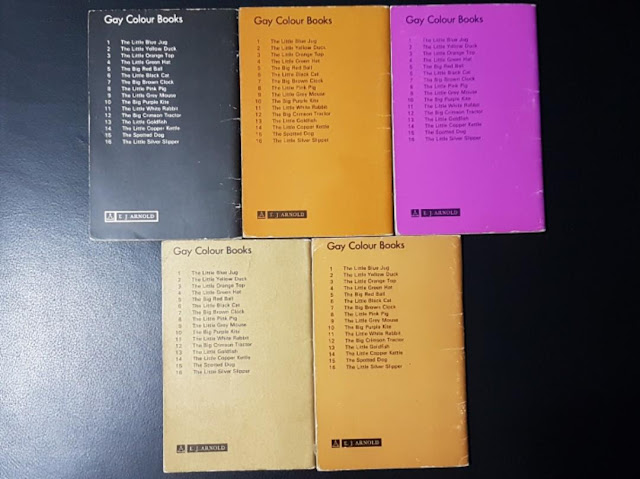 I have strong memories of being in Primary one ( you'd know it as Reception these days )  loving it when Mrs Witherington would read us the Meg and Mog books at storytime,

Gosh that was a long ramble way from my phonics inset!! Anway

the Govt then unleashed panic stations mode for primary schools and we had Tuesday as an emergency inset and I went to work, and spent the day contacting the Parents of children on our SEND and Vulnerable lists offering places for their children as they had absolute priority. The Office staff were inundated with frantic parents trying to fathom out all the key worker rules etc and Wednesday we were very much open with our strict Risk Assessment in place and the bubbles set up very much as it was in March. The children were more or less the same ones as then, the staff are on a two week rota and it was smooth sailing and very safe. Thursday and Friday ensued and I think from Monday we can expand our bubbles to 12 children in each. Its home learning but done in the classroom for those children and I am full on pastoral role for the time being making sure all our vulnerable children are ok at home and offering help and support to those families that need it.  So that was the first working week done and it ended with it SNOWED proper big fat blizzardy snow that settled. 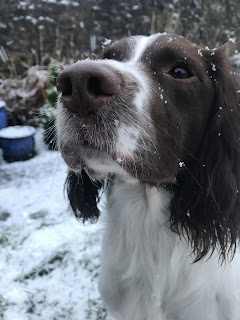 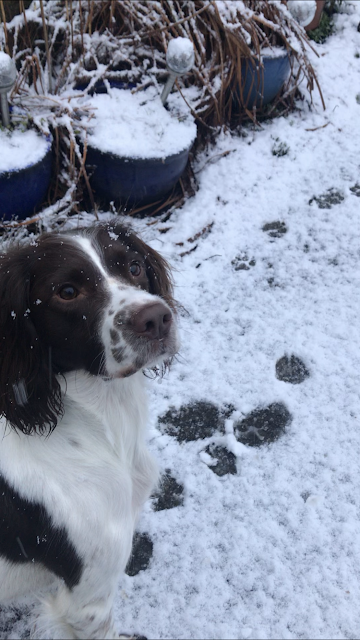 It was Bluebell's first experience of proper snow. Now prior to this snow, it's been really cold, icy and proper hard frost - which she has NOT loved. Getting her to go out to the toilet has been a pain.

However snow? She LOVES IT! Running up and down the garden, throwing snowballs for her to fetch has kept me very amused. Especially when she catches one and brings it to me then is bewildered as to where it has gone!!! Then when I could finally get her in, we had much staring and squeaking and pleading and running back and forth hopefully to the back door so she could go back out and play for a good couple of hours!

Tea was mostly based on the jam roly poly in the fridge. The menfolks had beans on toast and cheese on toast as a starter - then it was JRP and ice cream for Mr 23 and JRP and hot custard for the HG! I just had custard as I'm not a fan of JRP! Saturday began for me at 1.20am when I woke up needing a wee, then 4 am woke up with a hurting shoulder after laying funny on it. I dozed till 5.22am when I got up for painkillers. I decided to give up and get up and me and Bluebell have enjoyed a lovely quiet cup of coffee and a few episodes of the brilliantly funny comedy Motherland.

Today I think we shall errrrr stay in!! It's the law. There will be a dog walk and I plan on making SOUP

following an actual recipe for once, rather than chuck the manky veg in a pan with a stock cube and random spice rack sprinkles, from a lovely long time bloggy internet friend Rubbish Wife,

Her blog is here http://rubbishwife.co.uk/ 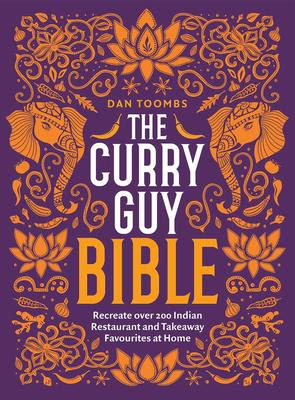 and he's on with a mass cook of chicken chasini I think it's called. He requested 8 onions from the Sainsrobbers shop so I think I will get in and out with my courgette soup before he even gets up!

Right that's enough for now. Have a great weekend everyone.