I'm not intentionally turning this into a weightloss blog. Indeed I may just regret this when it all goes tits up.   But I go to group on a Tuesday at 5.30pm. And there was a class despite the fact it was Boxing Day. I could have gone today at 9.30am but that would have mentally done my head in because everyone weighs less in a morning!

Sooooo
This week I have been running round like a headless chicken, burning the candle at both ends so I think some calories were burnt.
Anyway on the scales.... the little beep....

SIX POUNDS gone. Don't know where but those six pounds meant I got my hands on not one but three certificates and three shiny stickers! I bought a 12 week countdown  12 weeks ago which meant I got two weeks free and I've recorded the weekly results on baubles! 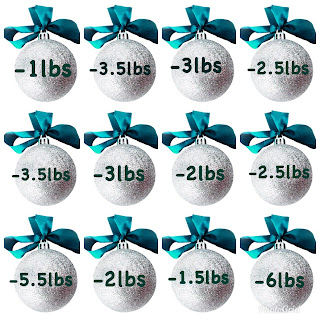 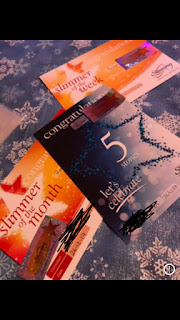 Shamefully I still have a long way to go. But I've not been hungry or deprived getting this far! I'm not going to blog about it much more as it's boring! But for now...