Now then, before you think this is going to be a ranty post, hold yer horses, or should that be hosses?
Our long weekend - which now seems forever ago- away was fantastic, just what the doctor would have ordered, had I been to the doctors!
I'm going to share a little bit of knowledge I gained on my visit to the Black Country Living Museum.
On our way round, we happened upon this chap... 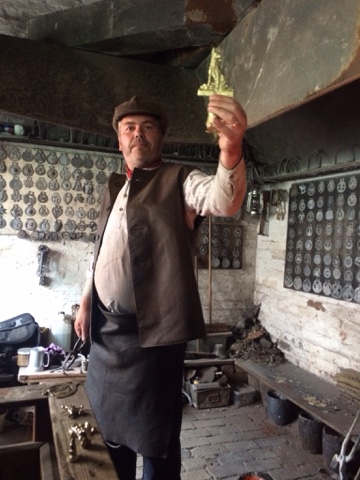 And he makes these 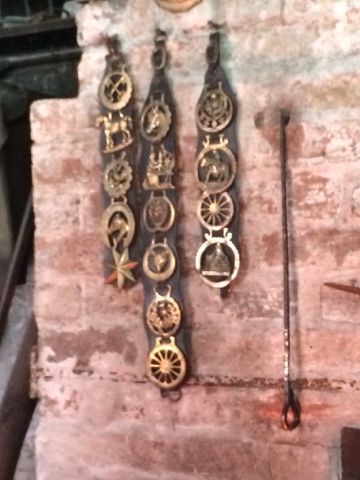 He was so engaging I didn't take as many photos as I normally would have. But basically, one makes an impression of the brass one wants to make in sand. One grooves a pouring channel with one's thumb. One then heats brass - which is a combination on copper ( which burns at 1000F ) and zinc which burns at gas mark 600, up to about 1400F . Slightly warmer than your average slow cooker!
One then pours the molten metal from its crucible using massive sugar tongs into one's cast one made earlier! One then lets it go cold. Once set, one 'breaks the mould' and one plunges the newly forged brass into a bucket of cold water.
The metal that has set along the pouring channel is called the 'git'. This is unwanted and goes back into the crucible because there is no further use for it. Hence, 'useless git'. 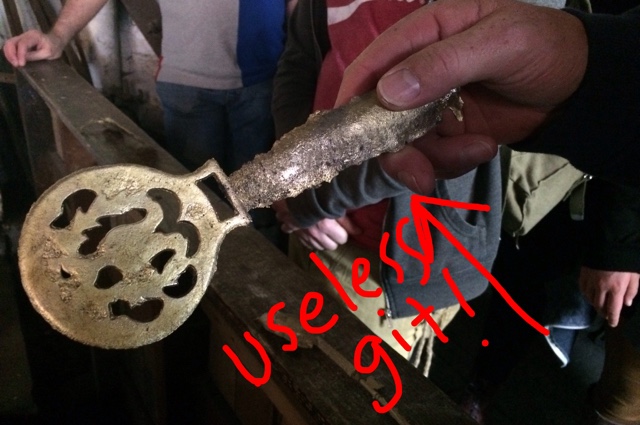 Depending on my mood, I am able to interpret the arrow's direction accordingly!!!
Now back to the edjucayshun.(sic)
Hands up if you thought horse brasses were invented to hang by the side of your Grandma's fire. Elderly Aunties especially in the 1970s may also apply. Well guess what! You'd be wrong!
If you look on my carefully borrowed google images picture you can see the horse brasses on the 'hosses' which is how the man above pronounced it. 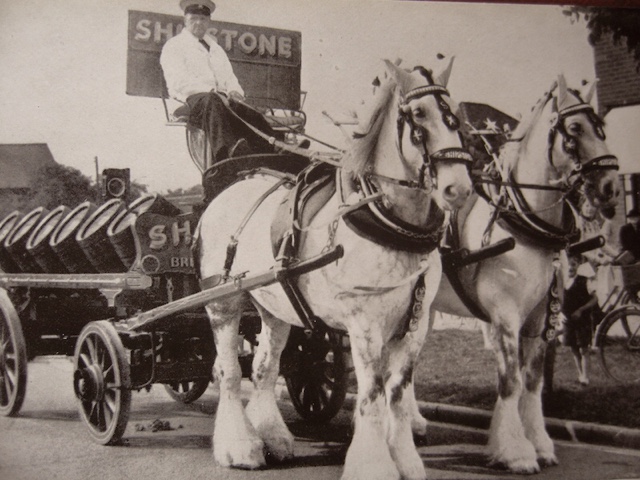 But if you are now thinking that hoss brasses are necklaces for hosses, you'd also be wrong!
They were the original 'sign on the dotted line contract agreements.' The different designs were important too. Each design was actually a pub, inn, or a tavern. It was in fact like the first ever SAT NAV!  Going in order from the bottom, the driver would 'read' the brasses and would recognise the symbol from the pub! ( side note - a lot of folks couldn't read in the black and white days before the flipping Victorians stuck their oar in and invented schools for all children to go to.)
The driver would then drop off the barrels at the pub, the publican would sample the ale. If he liked it, the hoss brass was detached and given to him. This acceptance of the brass indicated the fact that he had bought the beer on contract. Later on in the day, the brewery would send the money collectors round, take payment and collect the brass. It was also like a receipt!
Sorry if you already knew this but I positively was fizzing with this new information!
We also went downt pit. We also went on a canal cruise in the amazing man built caverns that run under Dudley. I've never ever been/seen anything like this before. It was fascinating. We didn't have the chips, although they smelt amazing. This was because we'd stuffed our faces at the hotel's amazing breakfast buffet! We were full to bursting! We did sample a shandy of the old fashioned ale though. It was a gorgeous day and I was glad we got there for it opening. Payment gets you year round passes, so we will definitely put in a return trip later on in the year. Even if it's just for the chips! What a great place!
We also fit in a trip to Kennilworth Castle. Beautiful place. The Earl of Dudley romanced Elizabeth 1st by building her a whopping great fancy pants addition to the castel original built in the 1200s. She still turned him down! 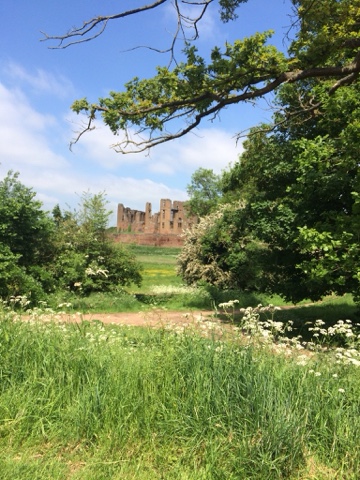 View from the car park.
We, as English Heritage members always know it's a good one when non members have to pay £11 to get in!!! 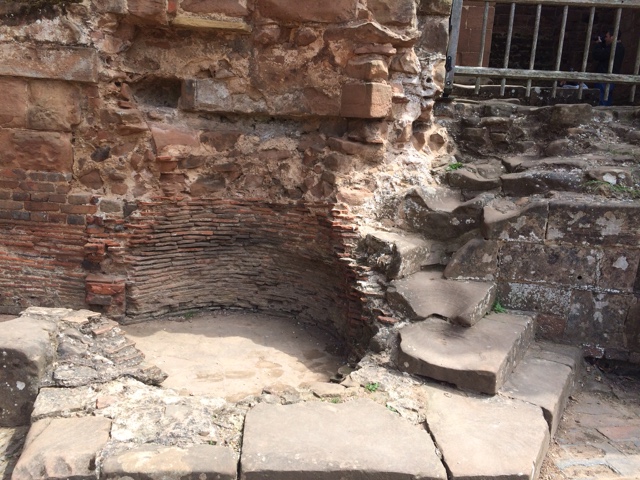 This circular feature was a where a massive cauldron would be with a great fire lit beneath it. It was so huge, the servants had to climb the steps to the right and you can see how they've worn away! Not only by the servants, or eager castle buffs like myself but by ( and I love this ) tourists from 100 + years ago! Charles Dickens himself wrote about his day out to Kennilworth!
Our way home was long and hot. 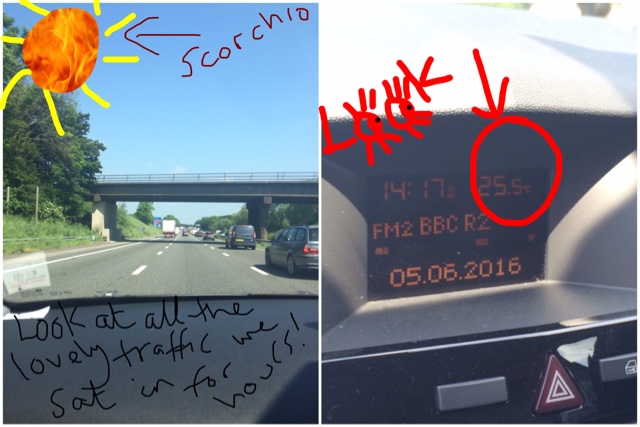 Right, best get a wriggle on. First week almost done! Six to go! I will bob round your blogs and comment backwards through your posts over the weekend. The waistcoat was a bit too small, so it's going to someone else and I'm on with another bigger one for the original 'customer'!
Lots of love from
Rachel *hands up if you spotted she's got a new photo doodle app thingy* Radiostar xx
Posted by Rachel Flowers at 05:36