The angst is all mine.

1. How have I got two teenagers? I am only ( eternally ) 28? They are really good teenagers too.
They've attended and go to clubs;  Sea Scouts, ( the daughter trained with the Navy in Portsmouth for a week aged 13 - when she came back she marched everywhere!)  Explorers, Karate, Fencing etc. He's learning to play the Saxophone.

They have a decent set of friends who are always welcome in our house. They don't really ask or expect too much. We've never had enough money to really splurge out on the things I'd have liked eg a trip to Disney when they were small.  They are polite and well mannered ( mostly to other people , less so to each other! )

Yes, they have hoodies, but these are worn to keep them warm! Not to menace old people in town centres. They are not bothered about overpriced designer gear.

They go to school every day; they have to literally be at death's door before I let them stay off.
She has fantastic GCSEs and AS levels and is on track to get her grades needed for Uni.   He is on track for As and Bs at GCSEs. They are never in trouble at school. They wouldn't dare. Neither has EVER been in detention. Ive had postcards sent from school to tell me how delighted their teachers are with them.  We never dread parent's evening. Friends and family tell us they are just lovely young adults. Quietly confident, self assured and well behaved. They do not nor have ever played out on the street or hung around on street corners.

She has a part time job - washing up in an old people's home. My son is currently wheeler dealing in the scrap metal business - is he, like the *TGBs round us - going on people's property nicking what he wants? Nope - he just asked his dad to collect all the old window frames he takes out when he's working and save them. Then with the help of Grandad off he trots t weigh it in! Alan Sugar watch out! ( We bought him a safe for his birthday! He keeps jaffa cakes in it!! )

They are expected to join in with the household chores. They can eyeroll and huff and puff as much as they like - it get's them nowhere! Nor do they earn money or privileges off us for doing these tasks! ( This might cause a ripple in some right on parenting circles ) ! They can both cook a full roast dinner , bake cakes etc.

They don't succumb to peer pressure.  They are smarter than that. They are not arrogant or selfish. they are not mummy's darlings or precocious at all. I am soo not beans and  lentils. They had clear boundaries.  They haven't gone off the rails BECAUSE THEY WERE NOT ALLOWED ANYWHERE NEAR THE TRACKS! I didn't 'explain' things to them when they were small. No meant no and it still does!  They are not called Tarquin and Phillomena.  Do I have high standards and expectations for them? Hell yes.

They were really good babies, really good toddlers ( except with one or two EPIC and I mean EPIC tantrums - you read about one in an earlier post ) really good pre teens.  Do I blame the parents? YES ! TOTALLY!!
2.  Putting  aside that I am obviously the best mother in the world ( I'm so not )  with the world's saintliest children ( they are so not ) and Even though I am really not looking forward to the eldest going off to Uni in September. This morning I was inwardly putting the flags out and cheering her off! 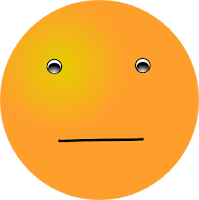 I reminded my REAL daughter that I had been waiting to do this finance thing. Totally non plussed she regaled me with the evening's school work regime and that we could do it tomorrow!  ( In my head - " O CAN we now????? ")
3. SHE'D BETTER GET THE BLOODY GRADES.

4. Her bedroom is a tip. She has been tidying it solidly for 7 years now. It never gets any better. I'd emptied the laundry basket this morning, after asking them last night for their dirty clothes. I was assured I'd got them. An hour after I'd emptied it it was FULL to the brim! I yelled at her.She'd snapped back "What?" in that way where they really emphasize the last T. WOTT - Ter is what it sounds like. So she was told that if she did this again - then I was not doing her washing anymore ever!

6. This morning's feeling is  - September and the offloading of a daughter away to Uni cannot come quick enough!

Thanks if you made it to the end!