A Jumper Is Born

I made friends with a lovely girl whilst I was busily trying not to croak it, when I was in hospital last August. Her name is Laura and she was in with the same complaint as me but like 2 months earlier on in the stages of the disease. She had been diagnosed with Gallstones when she was six months pregnant, but they couldn't do anything because obviously it would harm the baby. Her baby had been born and she'd been caught up in the same waiting list fiasco as I.
So, here she was so so upset at having to leave her baby at home and be incarcerated with me. Not being incarcerated WITH me per se - I mean just the being in hospital bit.  We quickly struck up a conversation - as I have gotten older - my shyness is dissipating and my true gregarious nature comes out moe and more - AKA I am super nosy.

During one conversation, we were discussing knitting. Whilst I was ill I didn't have the energy to lift my needles, let alone concentrate on it. Now, looking back it is quite difficult to actually remember what I WAS like. Laura disclosed that she loved home knitted garments and someone had knit baby Alfie something when he was new born and she loved it.

So when I learned it was his birthday in early February I thought I would knit him something. I trawled through all my patterns and thought I'd do an Aran. This one looked quite cute and it had an element that I'd never tried before - saddle shoulders.
OOO look at that roaring fire in the background. Here we are first cast on and back rib! Not too hard yet! 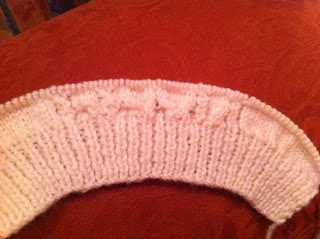 Beginning of a pattern! 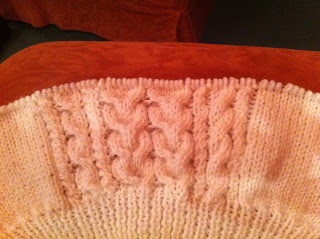 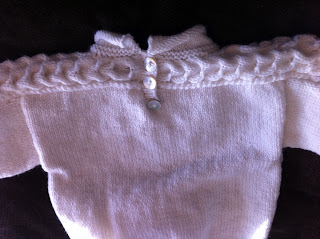 Finally, the back done with some little mother of pearl buttons. 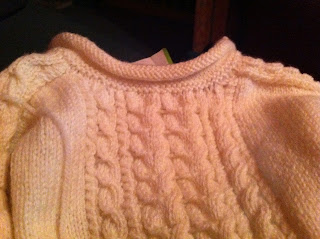 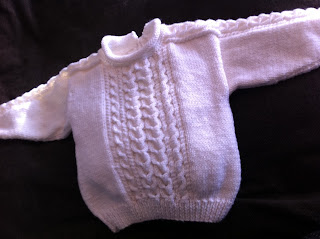 Ta DAAAAA! A Jumper is born! In the next photo you see a highly unimpressed with my hard work Alfie wearing his lovely, new snuggy warm jumper. Cost about £2 for the wool. I wonder what it'd cost to buy one of these from a craft shop? 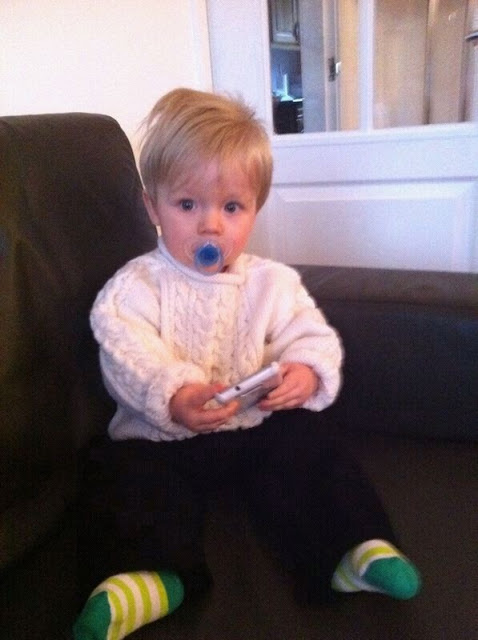